I have a beautiful nude for you today. I love nudes, and probably have slightly more than I need, but I love their subtle differences. Nails Inc Belgravia Gardens was either in a TSV or an auto delivery after a TSV, not sure as I got mine in a swap and when I first received it I thought it was the same as Basil Street. In the bottle they look very similar but on the nail Belgravia is darker and cooler, although still quite a warm nude.
It went on well, giving excellent coverage in two coats and I loved it the instant I put it on.
Shown here without a top coat. 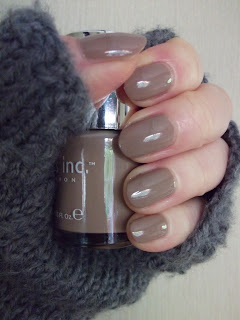 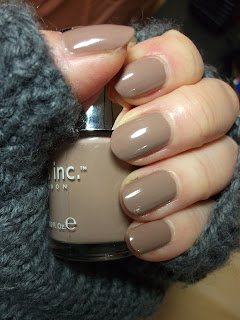 I decided to add some subtle sparkle, so I chose another untried, China Glaze Make a Spectacle, which is a  pretty mix of shimmery hexes and fine glitter. I can see golds and greens in it on my nail, but can also see blue, pink and purple in the bottle and have seen those colours on other swatches, so I will be testing this one again on a less neutral base to pick those other colours up.


It's so pretty I took lots of pics over a couple of days to try and capture as much loveliness as I could!
This first pic does capture a lot of the colours, I can certainly see blue. pink and purple here, as well as the green & gold. 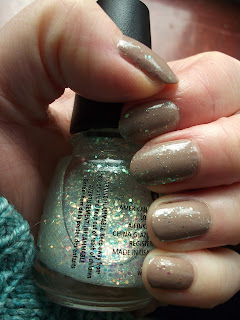 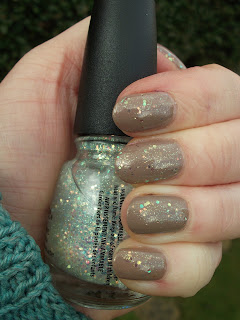 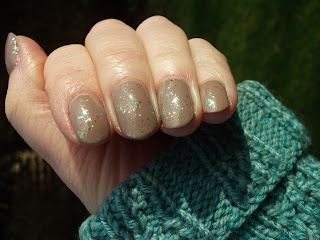 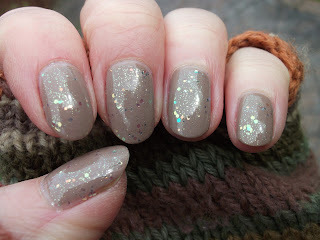 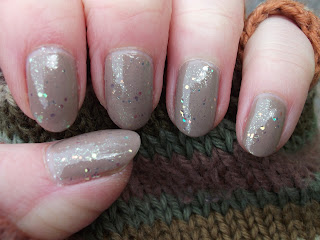 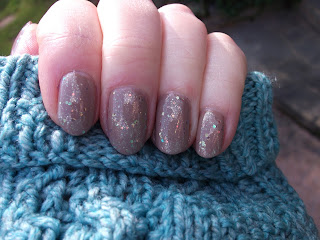 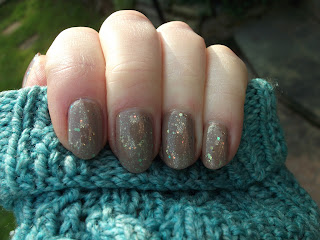 And finally some of shots with a matte top coat, added after a couple of days. No pink or blue in this shot but you can really see the other colours and I’m really rather pleased with this. 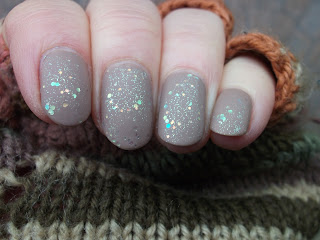 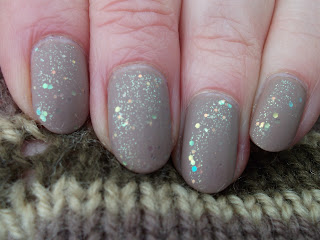