Today's polish was in April 2014's "What's In-Die Box". I didn't get the box but I managed to pick up this polish from someone who decided it wasn't for them. This is Dragon's Breath by Bella Belle Nail Couture. Dragon's Breath is a dark base with tiny red glitter and red diamond shaped glitter. I don't remember seeing diamond shaped glitter before and I think that's probably what attracted me to this one.
I swatched this on a sheet of white paper to see what the base was like and I think you'd need quite a lot of coats for full opacity. I don't like to build up too much glitter with multiple coats so I have used one coat of this over my previous mani, Jacava Blackcurrant Vamp. I think black base looks fine over the dark purple, making it only the tiniest bit darker, but the red diamonds look great over the vampy blackcurrant shade!
I managed to get one diamond on most of my nails, and 2 on a couple, but I did need 2 coats of topcoat for a smooth finish. The diamonds didn't want to lie flat, they curled very slightly and left sharp edges. Those that lay the other way up were fine, with the edges curling down and if I had realised sooner I would have flipped them with a cocktail stick so that they were all curved side down.
The black and red make a wonderful dark and mysterious polish and although I wouldn't attempt to build this up on its own I think it would look good over any number of dark vampy shades, including black and dark red.
I don't think I've quite captured the true beauty of this but I really like the way it's so dark but I get these glimmers of red, like burning coals and the longer I wear this, the more I love it! 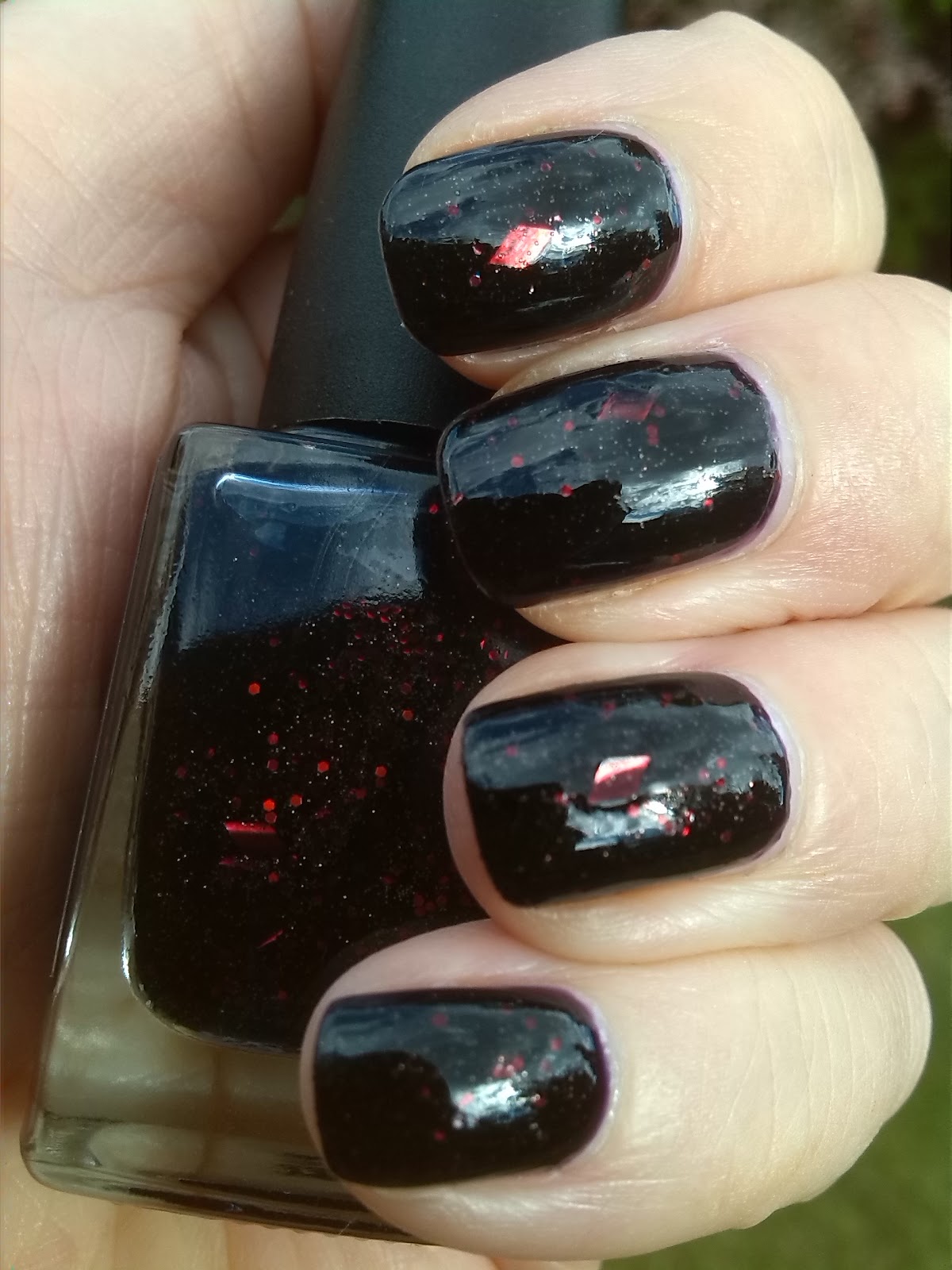 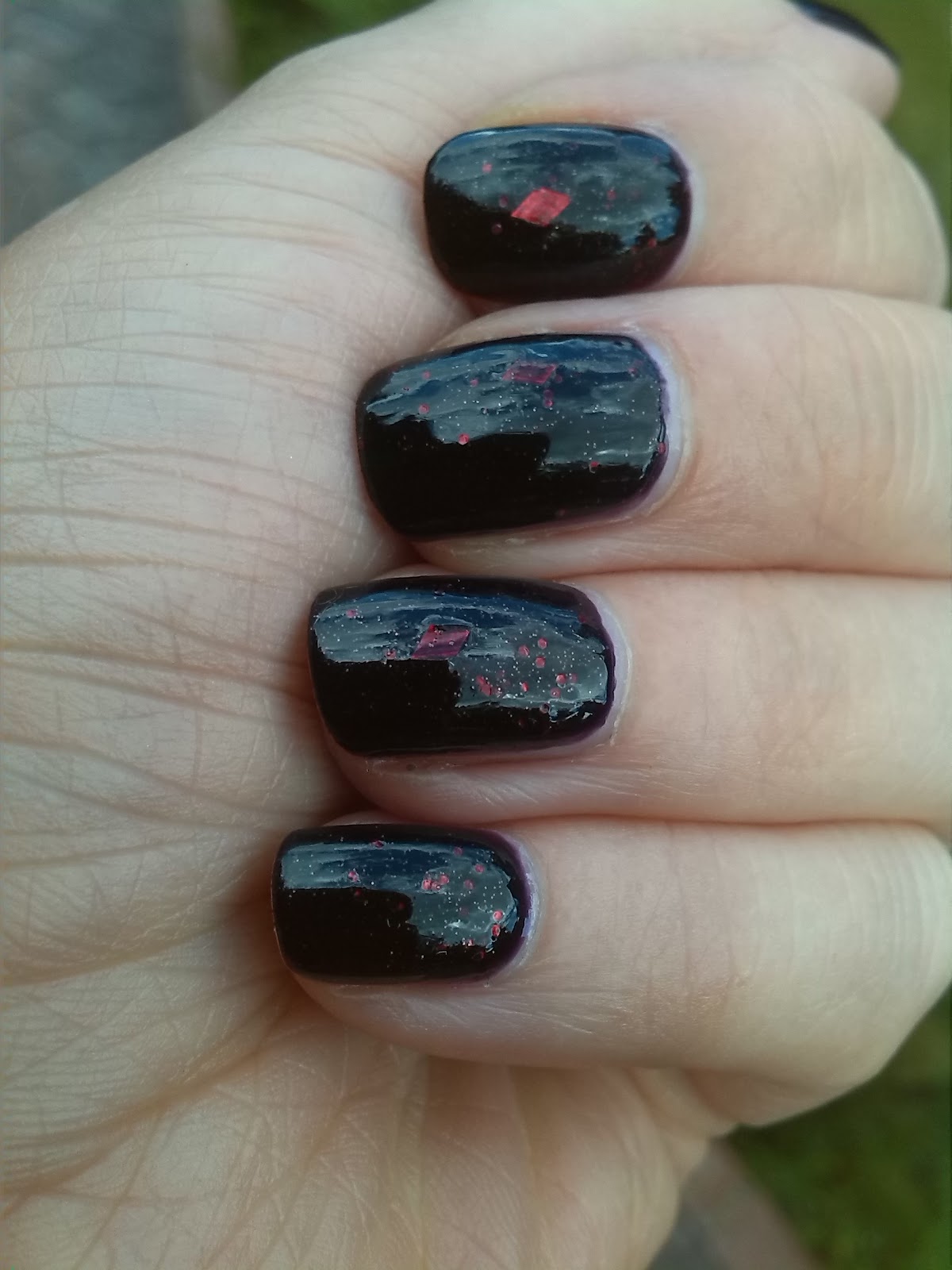 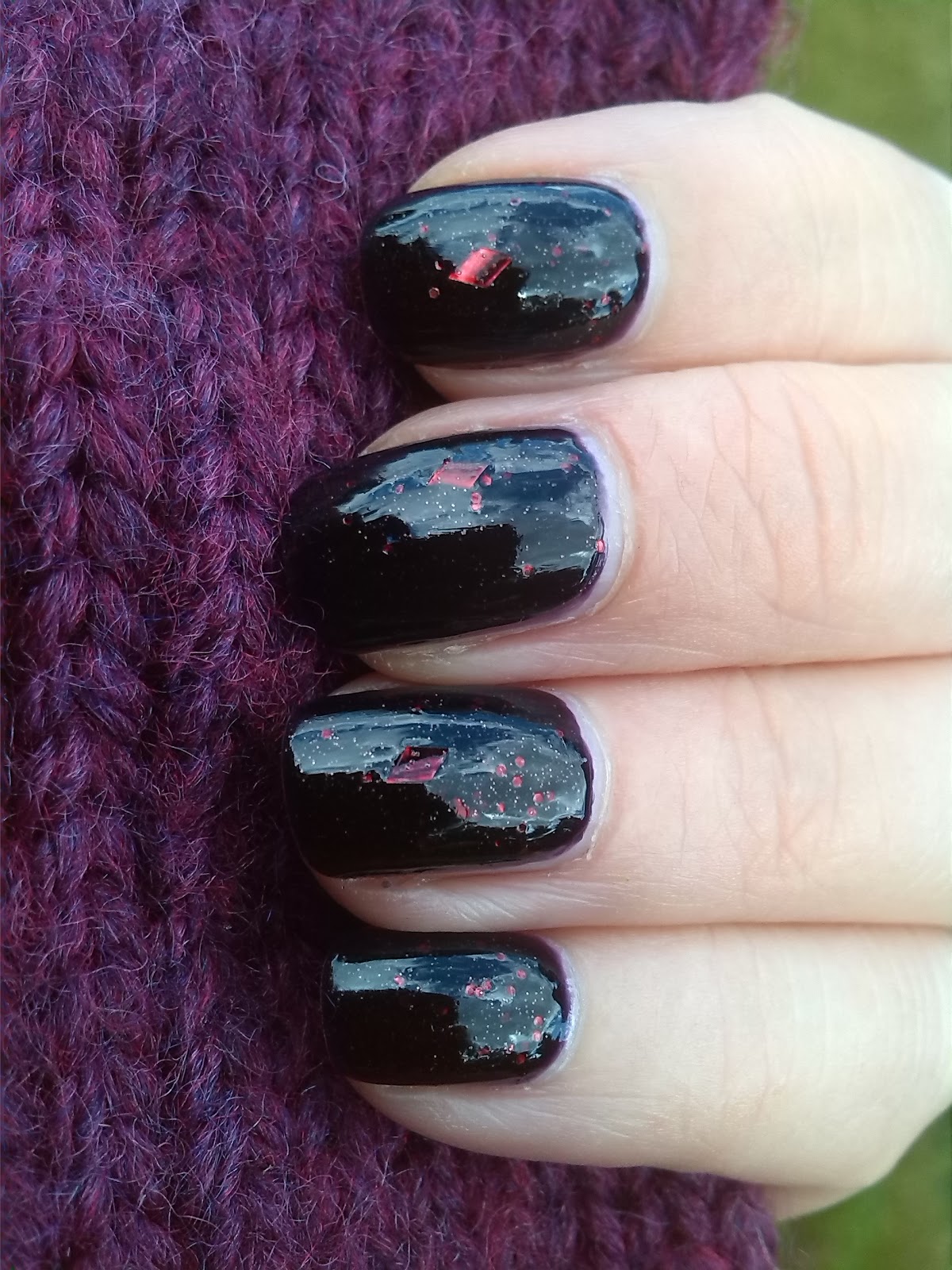 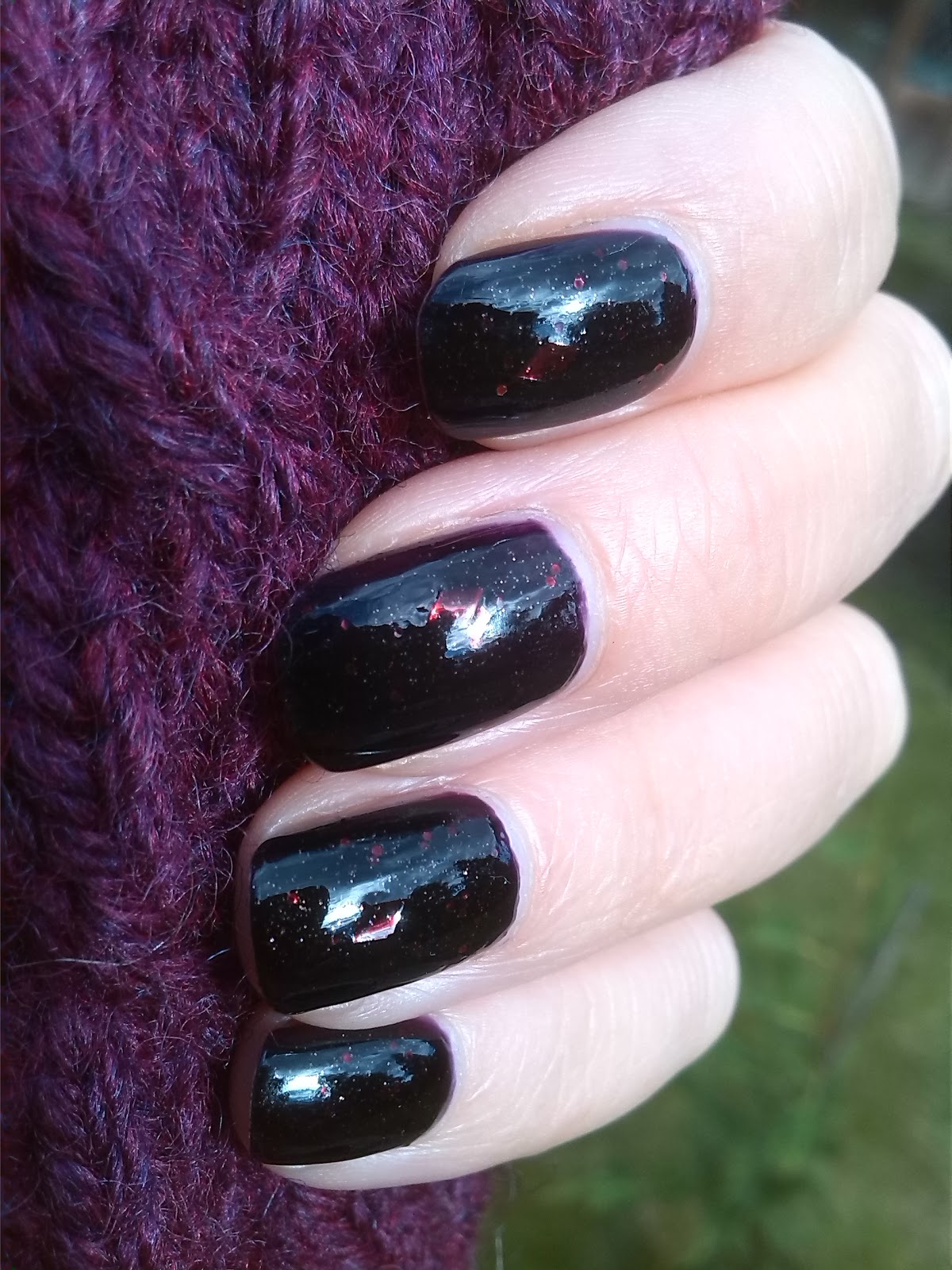 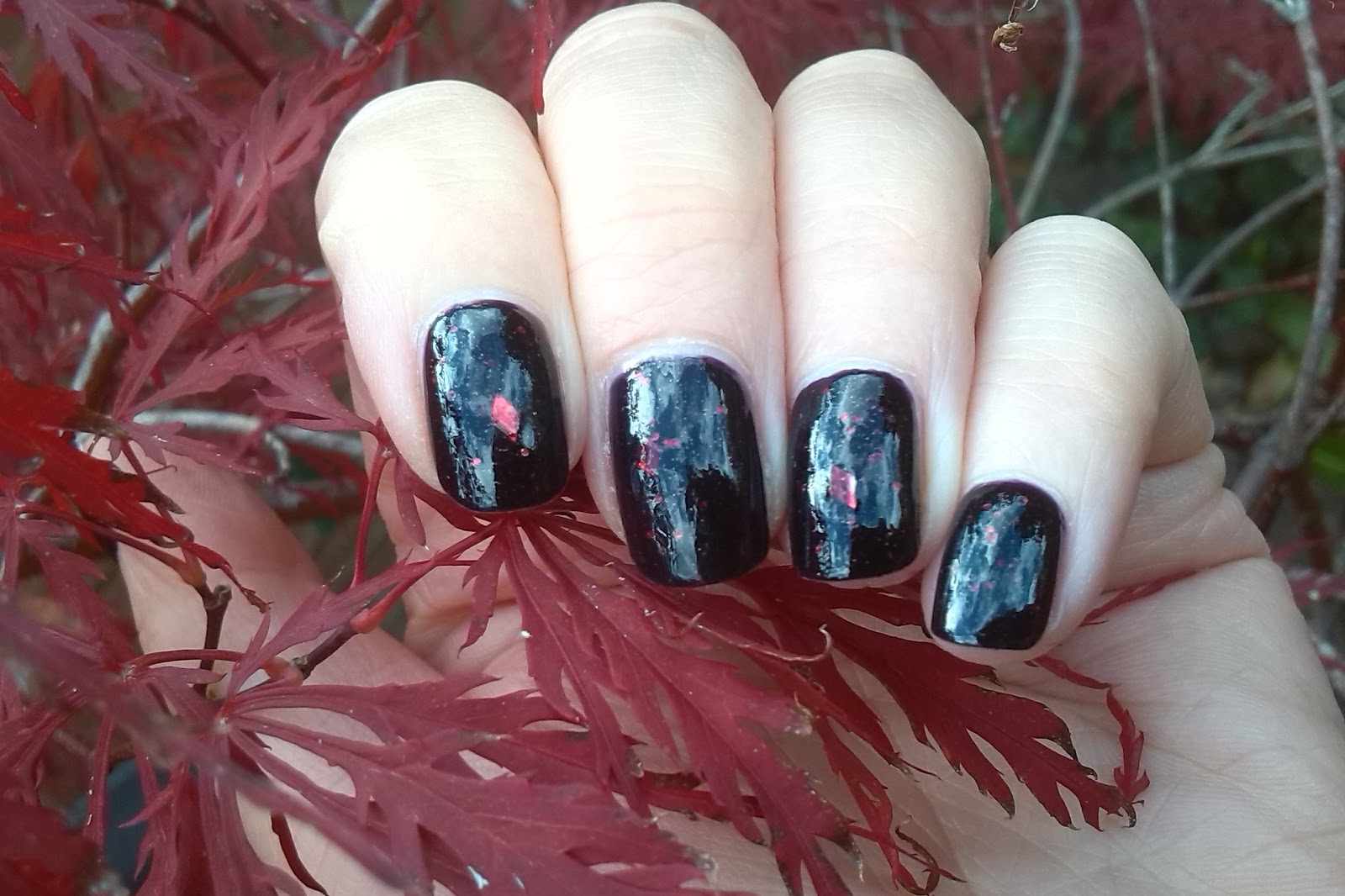 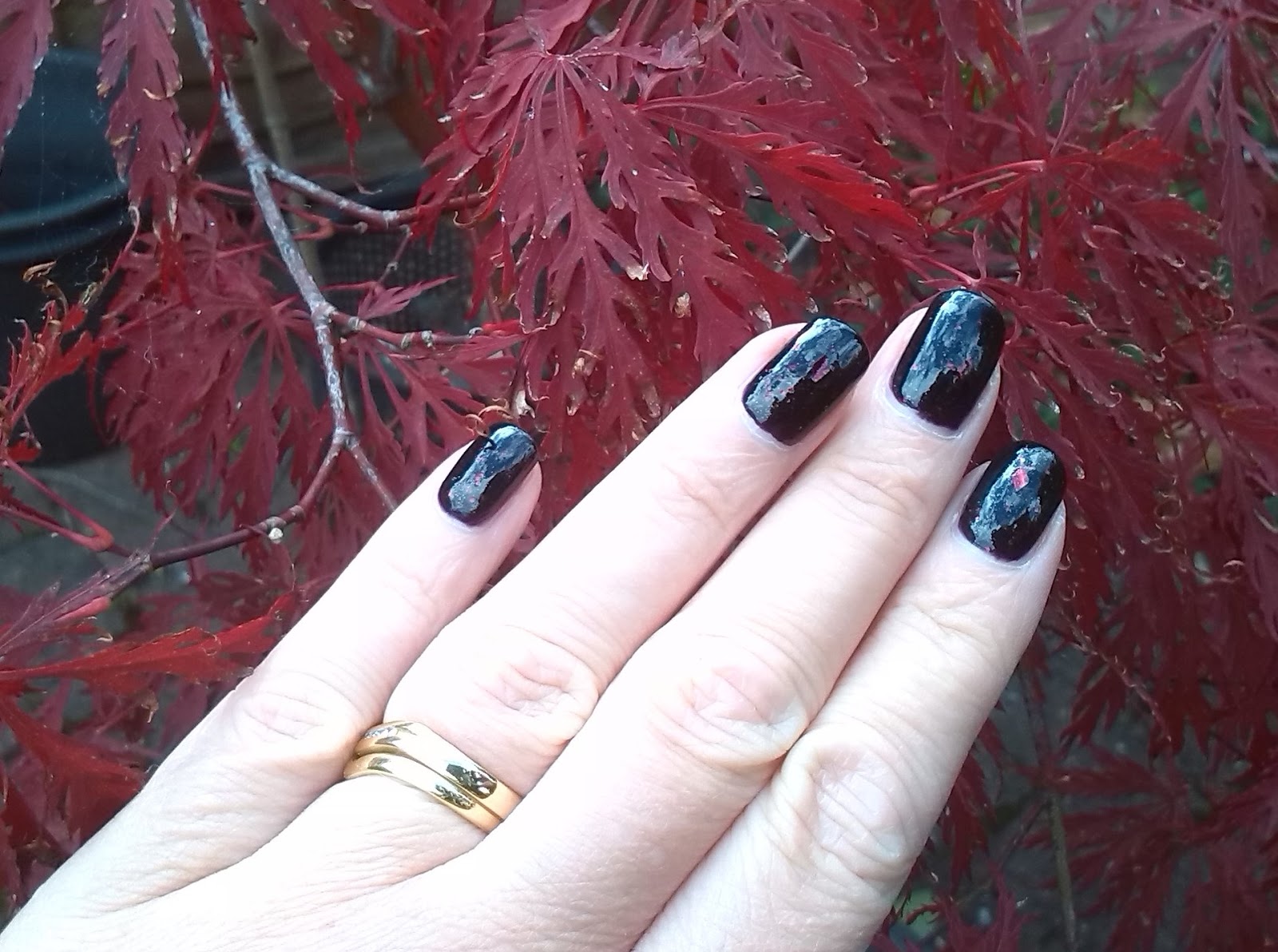