This polish has been waiting patiently to be used since I bought it with Illusionist, another in the Picture Polish limited edition range, a couple of months ago. This is Altered State and as with Illusionist, this polish is best layered over darker shades.
I was wearing OPI Road House Blues, almost a blue black, so I thought that would make a great base.
Altered State is a multichrome which shifts from dark blue to purple and finally to deep burnished red at extreme angles, with gorgeous glitter which makes this polish look like a night sky, with millions of twinkly stars. In most lights the glitter is silvery, but in direct sunlight it is holographic and just stunning!
The multichrome effect is more subtle than in Illusionist, but no less beautiful. Most of the time my nails were blue with silver twinkles, but I think the shift may have been a bit more noticeable if I had worn a black rather than blue base. Good reason to leave this one out of the box, and try it again soon!
I have used one coat here over the OPI, it applied and dried well.I then added topcoat and just sat back and admired the stunning transformation from dark blue cream to something rather amazing.
Apologies for the slight tip wear apparent on some of the shots. The OPI had been on for a few days but I was so impatient to try Altered State - you still get the idea of how pretty it is!
I am so pleased I got these 2 Picture Polishes, I love them and I know I'll be wearing them both again soon!! 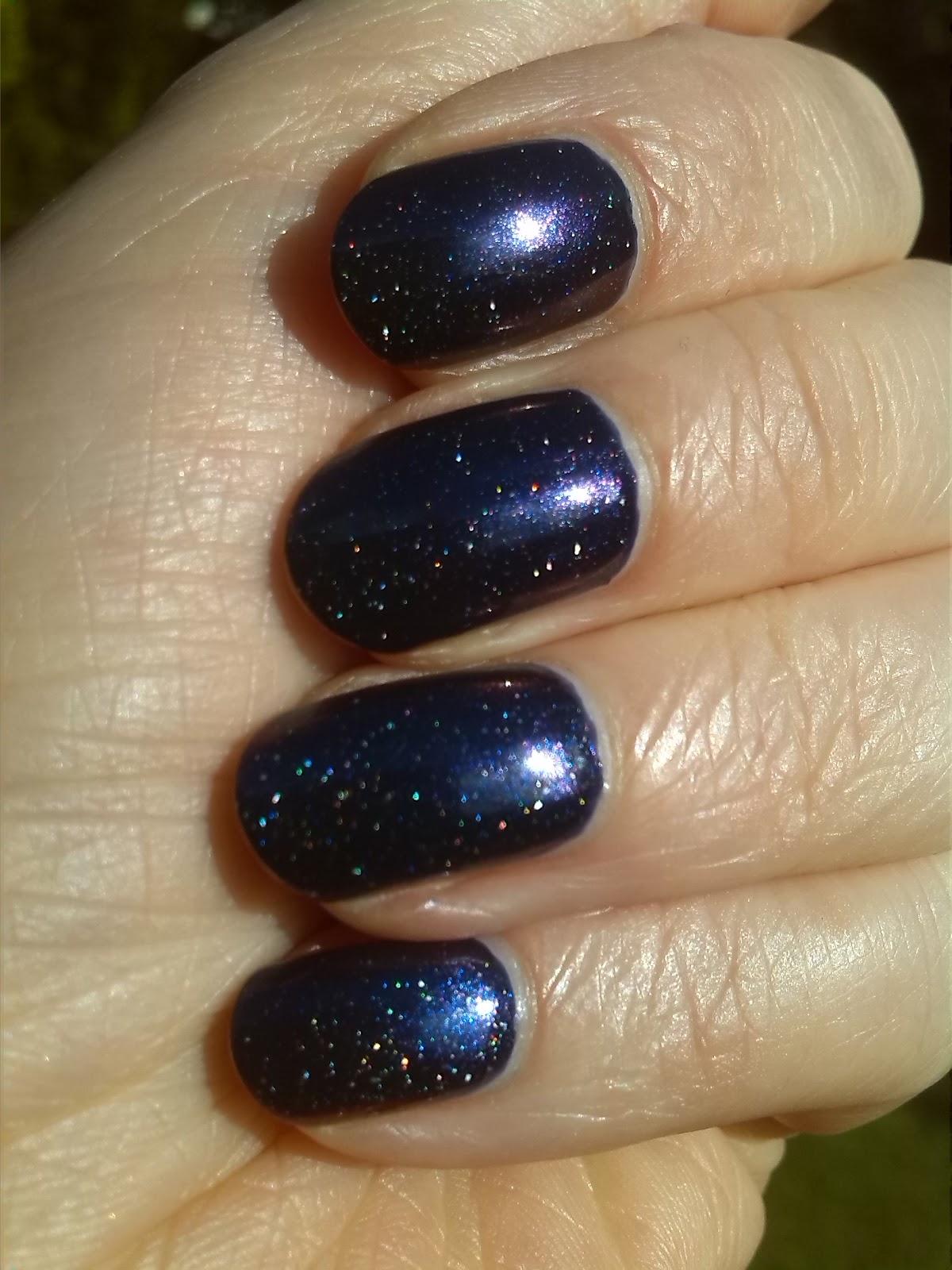 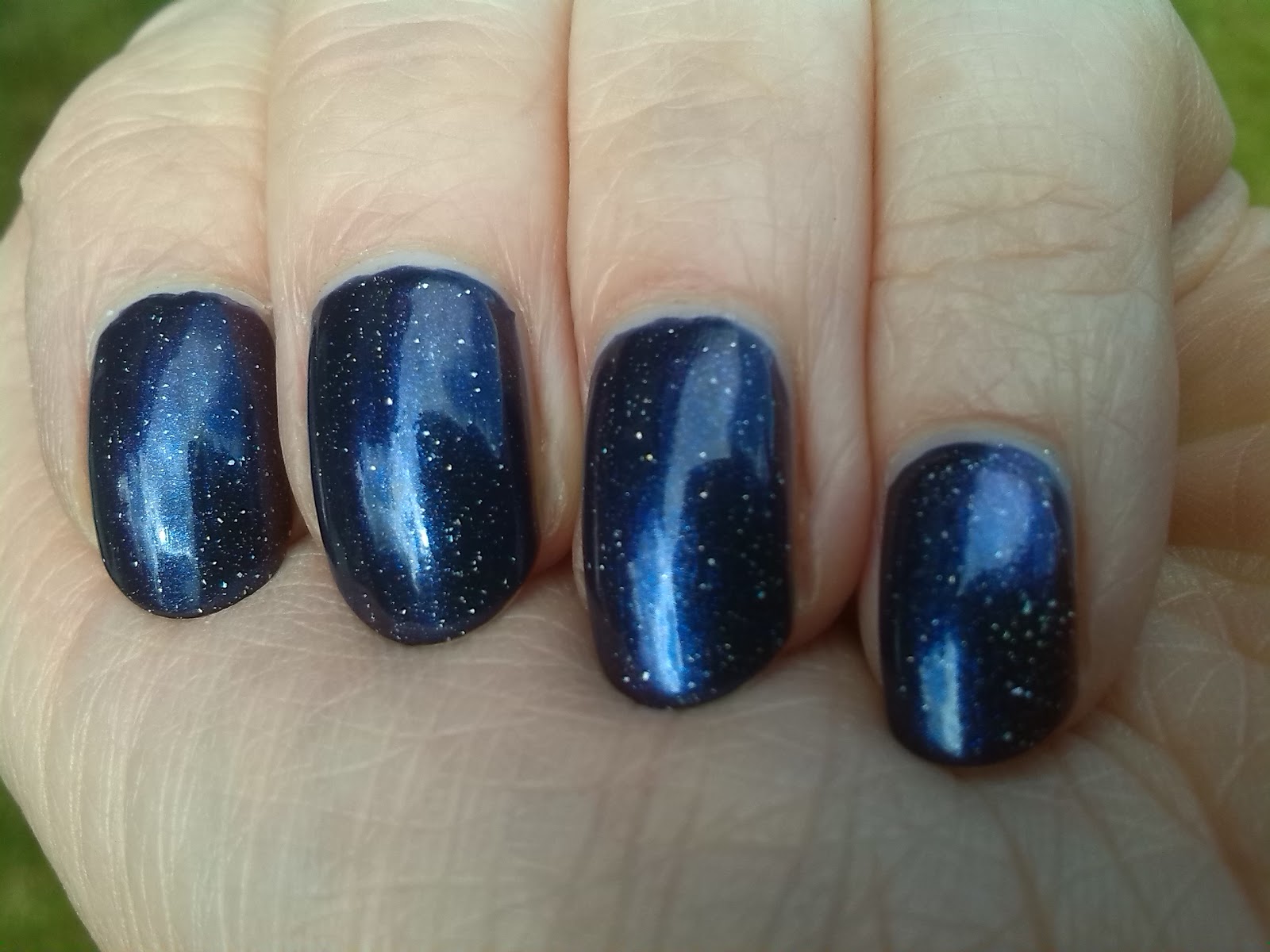 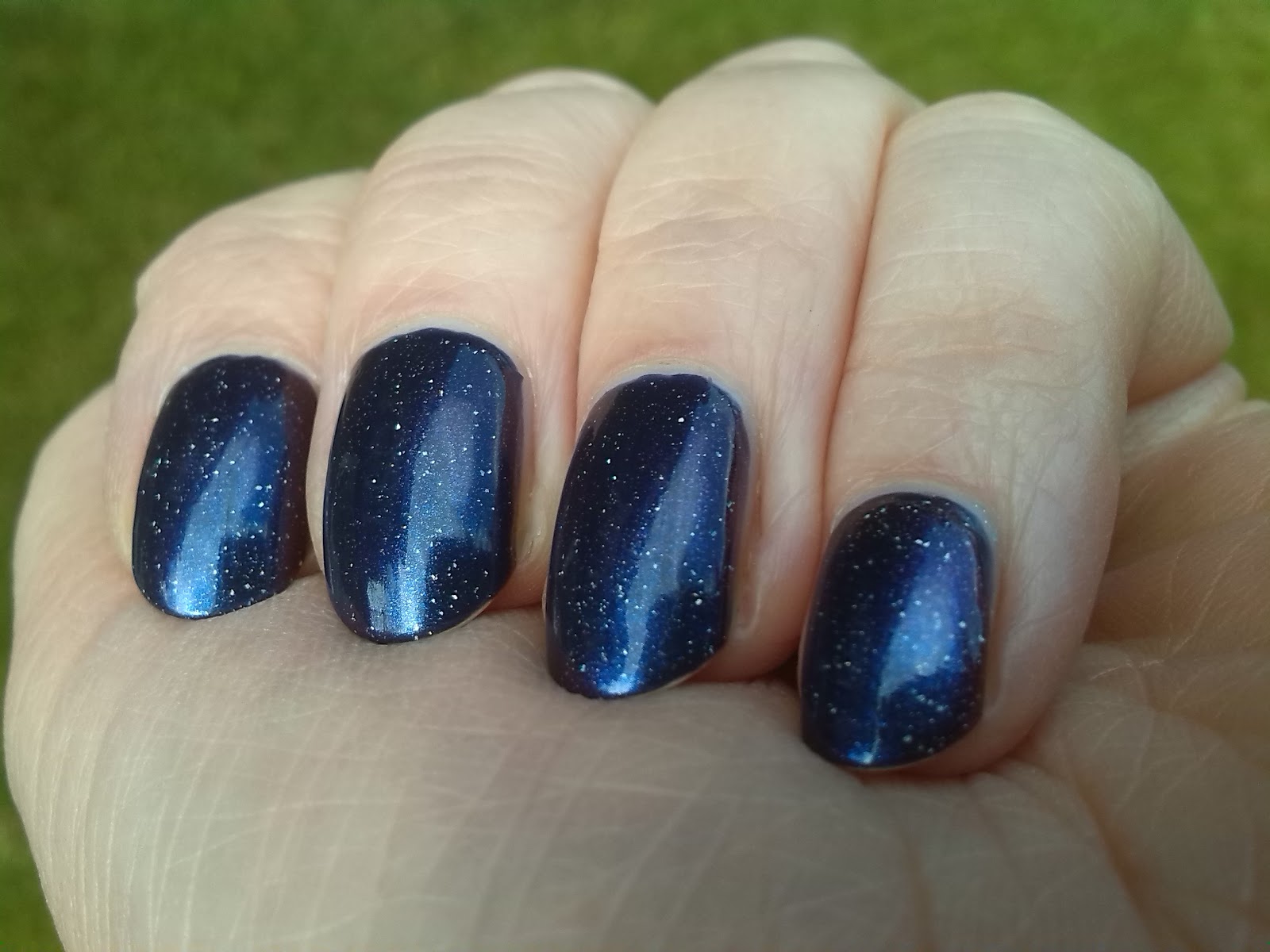 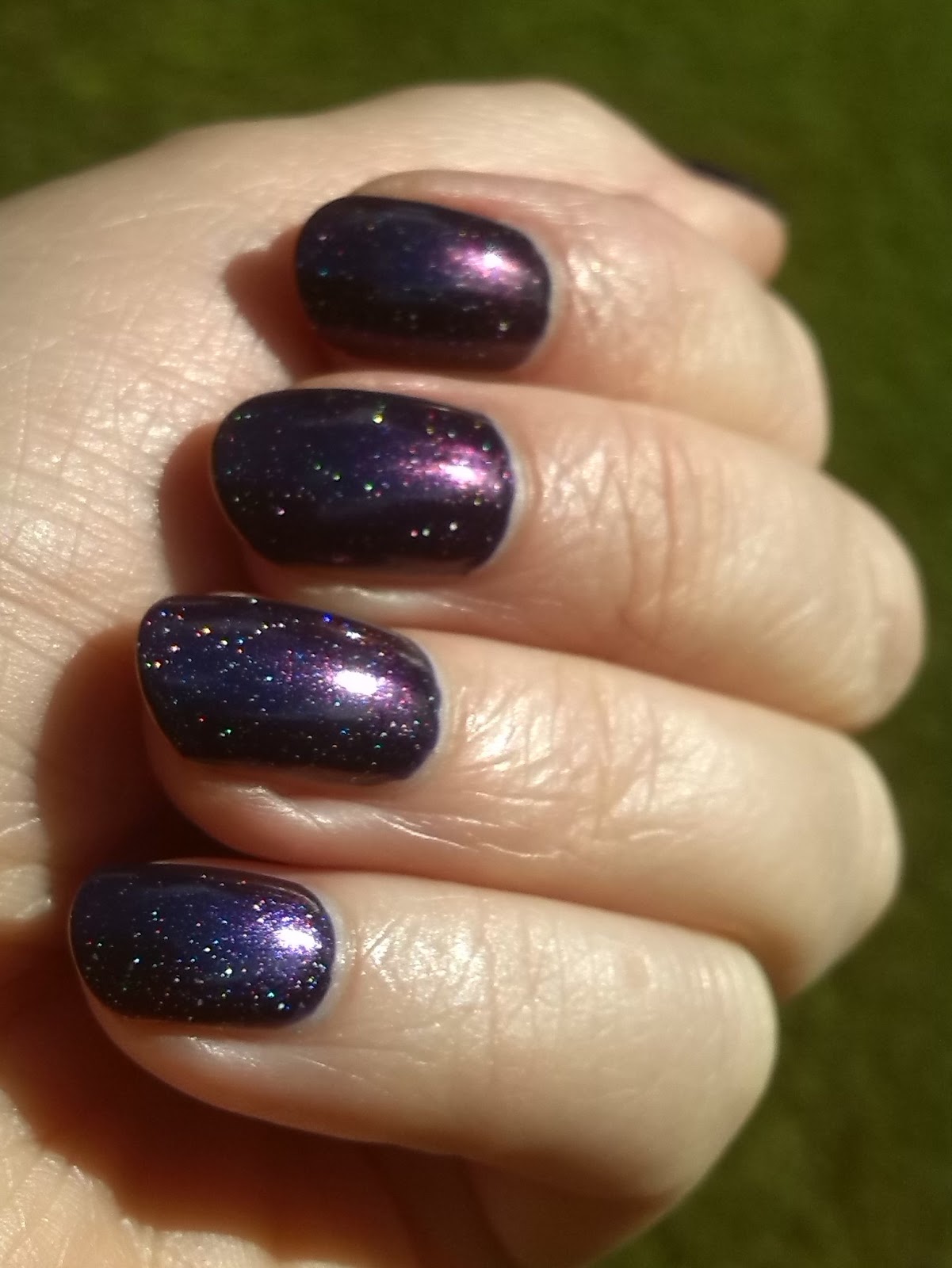 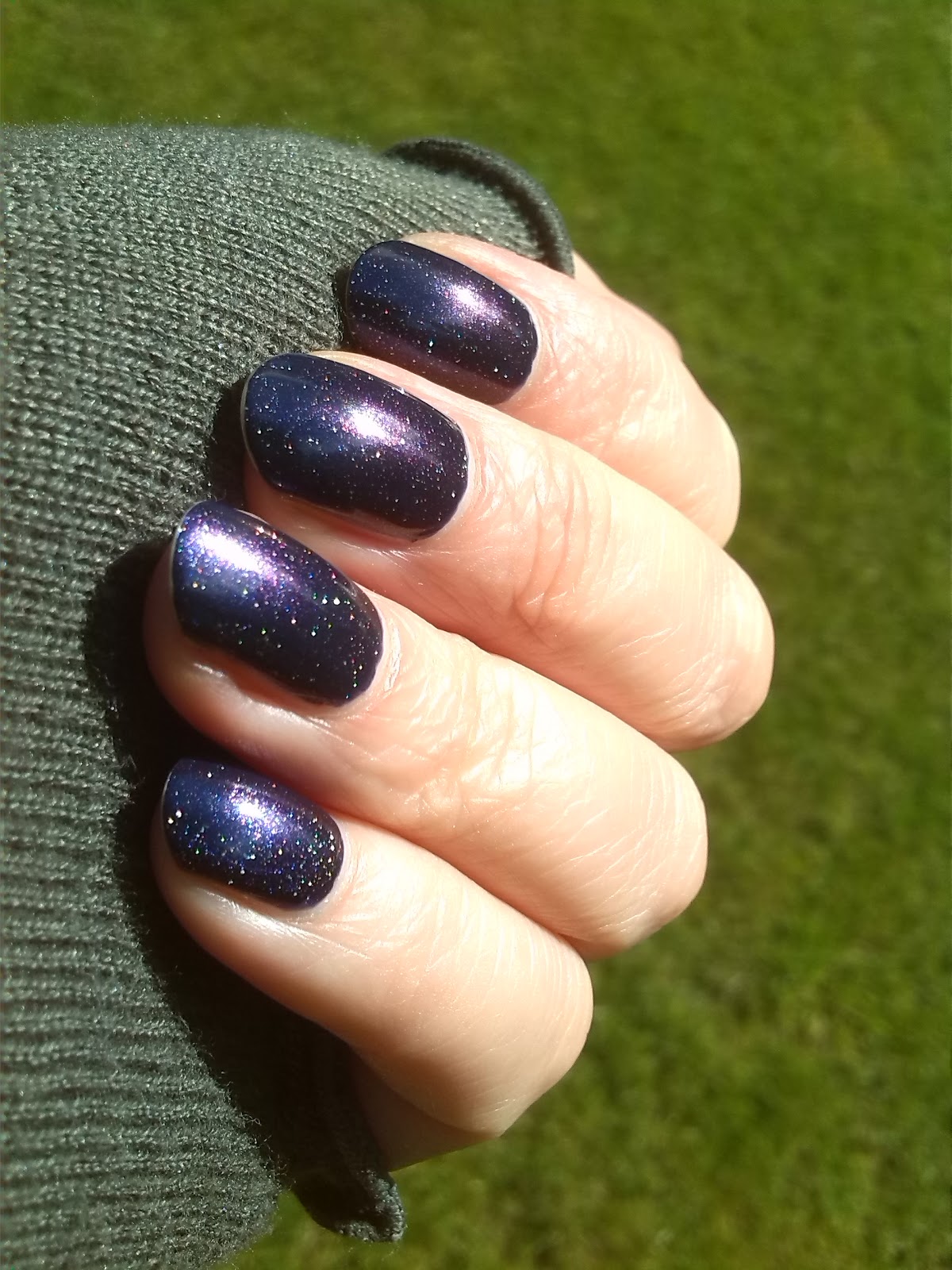 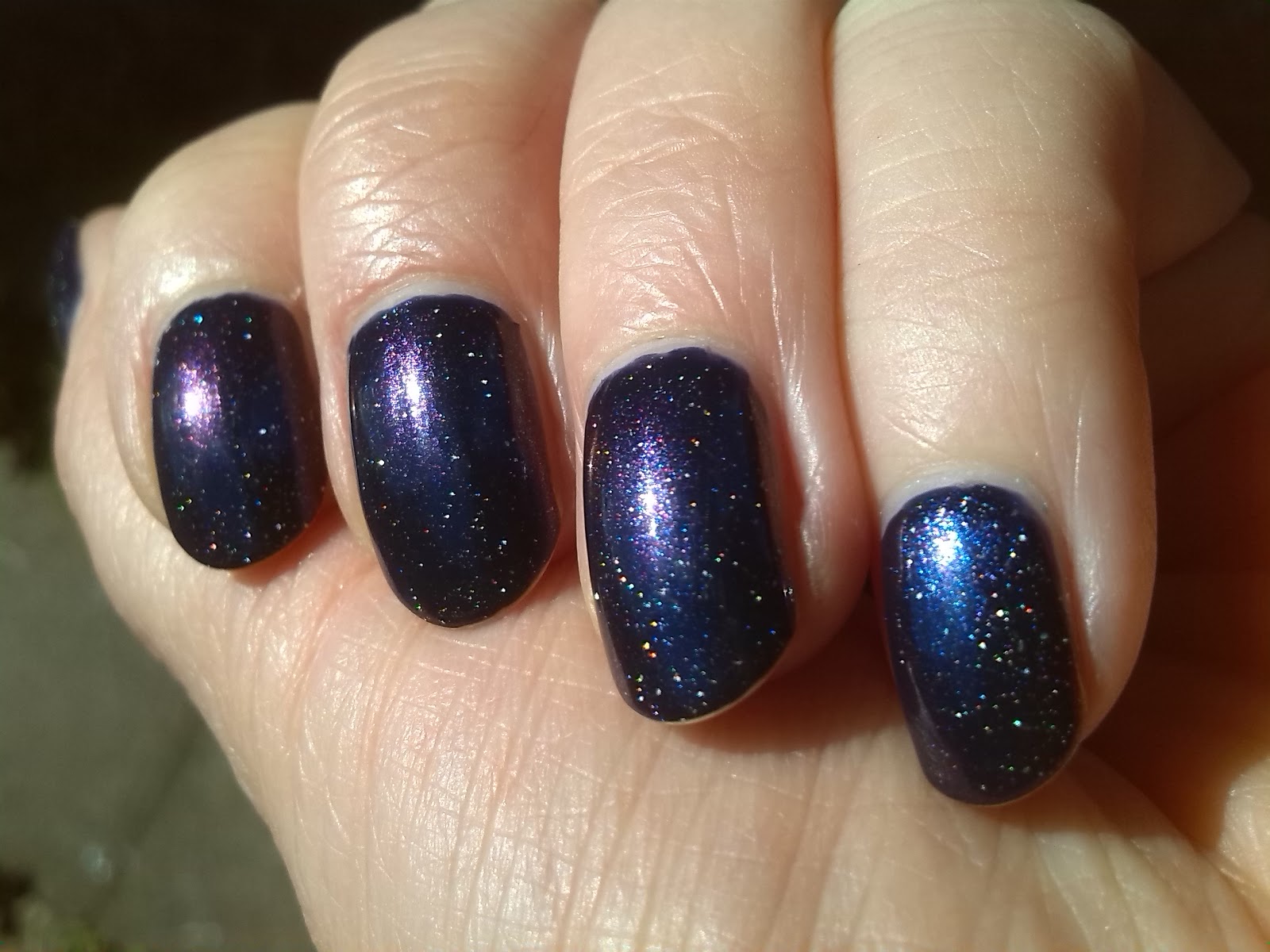