When I wore Leighton Denny Best Seller earlier this week, it brought to mind some other dark pink reds that I have and I was curious as to how similar they were.
So here we have a comparison of OPI You Only Live Twice, A England Rose Bower, Above The Curve Scarlet, and Leighton Denny Best Seller.
Having swatched all 4 together I am pleased to say they are NOT the same, but I'll share the results anyway, just in case you were wondering.
Obviously 2 of these are holographic, whereas 2 are shimmery with fine glitter but it was the tone of red that brought them to my mind.
You Only Live Twice and Best Seller are the most similar, although the OPI is slightly more red and brighter than the LD.
I'd say Best Seller and Rose Bower are the closest in tone, and indoors in lowish light levels pretty similar, but out in the sunshine they are worlds apart.
Scarlet is the darkest, and more blue.
On the whole, as a person who doesn't wear red often, with the LD and OPI being quite close, I could probably have done without Best Seller but I absolutely need all the others!

Nails painted in the same order as the bottle picture, and interestingly, in the sunlight they look a lot more similar than in real life. The most accurate picture is the last on, taken under my desk lamp. 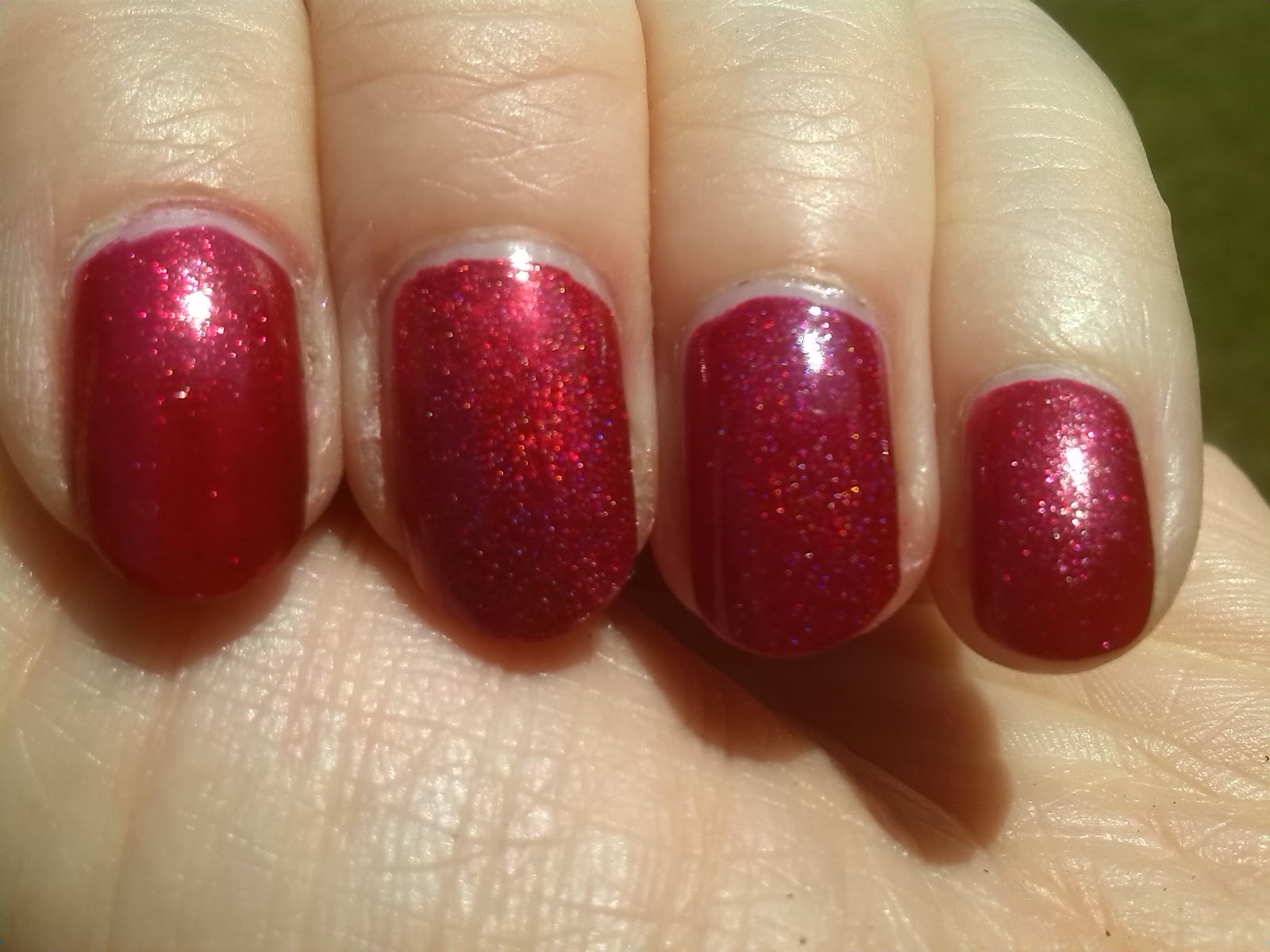 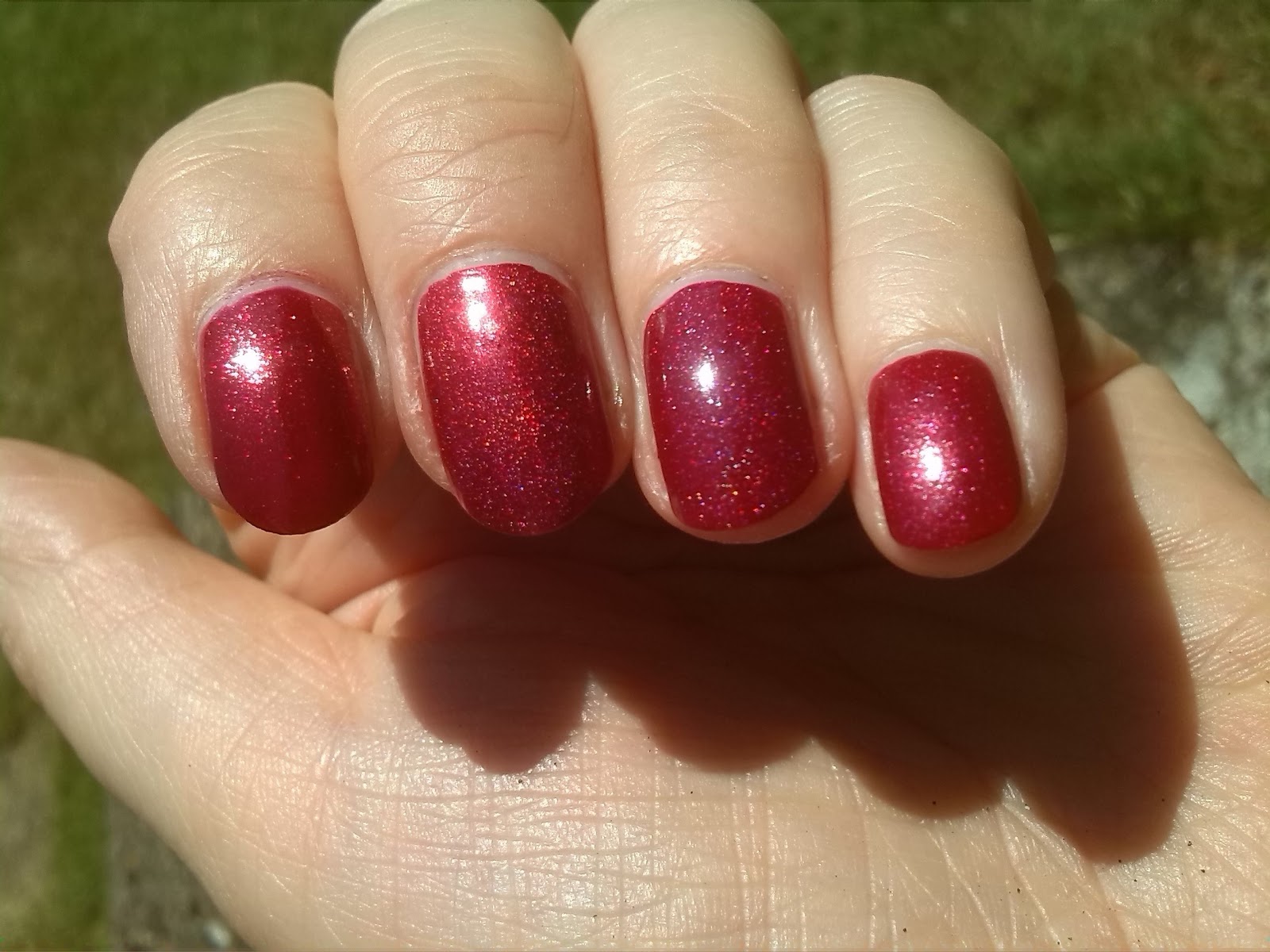 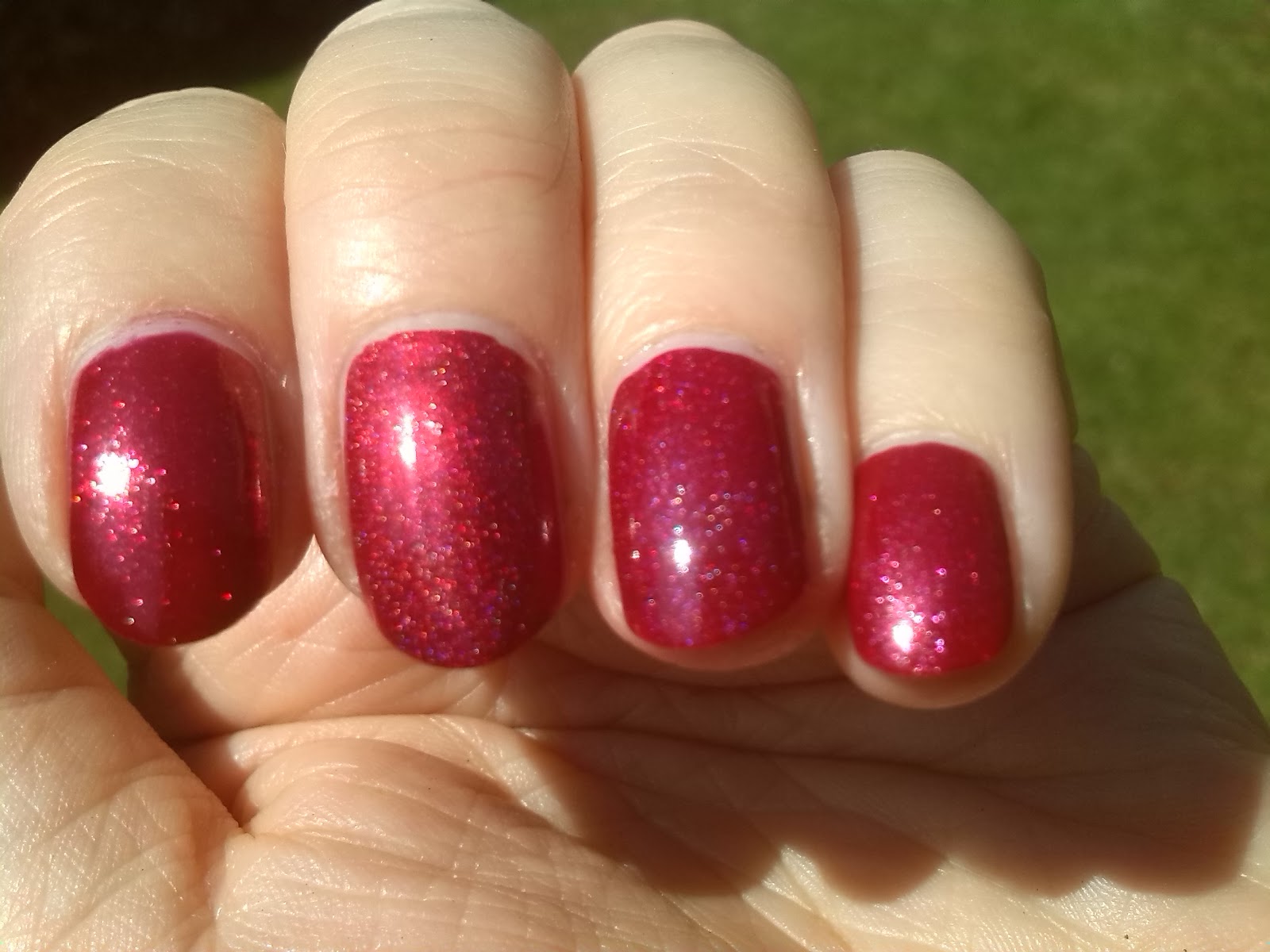 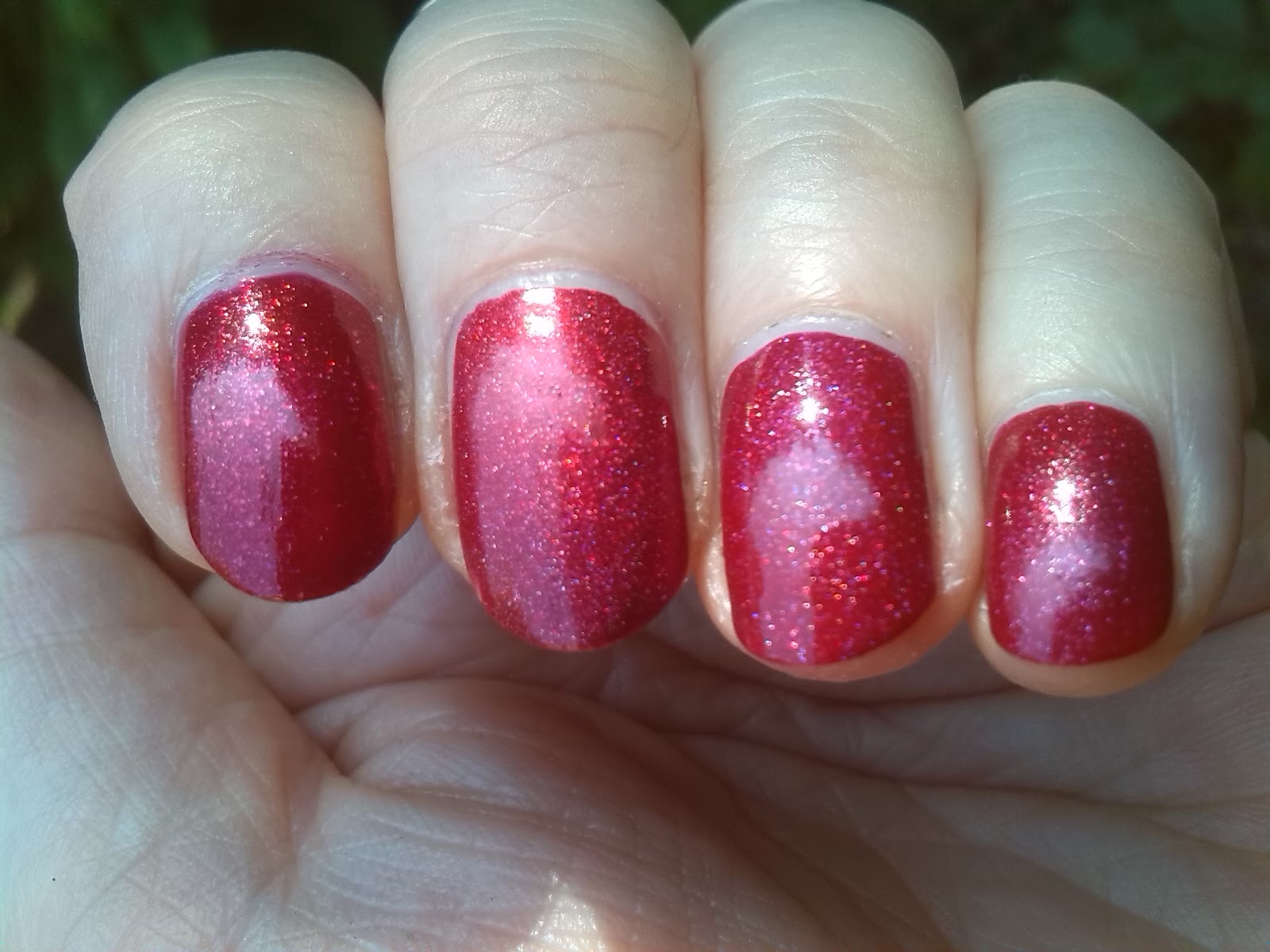