Stamping! A England Lady of the Lake & Black Cat Teal Me About It

Well, it had to happen! Sooner or later I was going to give in to the urge to try stamping.
I wasn't too sure if I would blog this, my first official attempt at a stamped mani, but my blog runs like a diary of what's on my nails, and this is on my nails, so for better or for worse, this is todays's mani.
I have tried stamping before with some very cheap plates, I got frustrated and gave up, but last week I was lucky enough to try a decent plate, from Moyou London, thanks to a very kind friend. Encouraged by the relative success of some trial stampings with that plate, I ordered a few more.
The plate I have used today is from Moyou London's Mother Nature Collection, number 02 and it has a peacock on it, so I thought I'd try some feathers on my Teal mani from last week. As that mani was teal with a purple shimmer, I chose A England Lady of the Lake to stamp with. I used A England as they are probably the best one coat polishes I have and I have been told they stamp well.
Plenty more practice is obviously needed but I am not too disappointed with my first efforts, although I wish now I had chosen a darker polish as the contrast is a bit too subtle. It's OK to the naked eye but the photos lack clarity. The plate however is excellent, and the test stamp I did on a sheet of paper is very detailed.
Amusingly, my son asked why I had stamped fishbones on my nails, not having had the benefit of seeing the full plate! 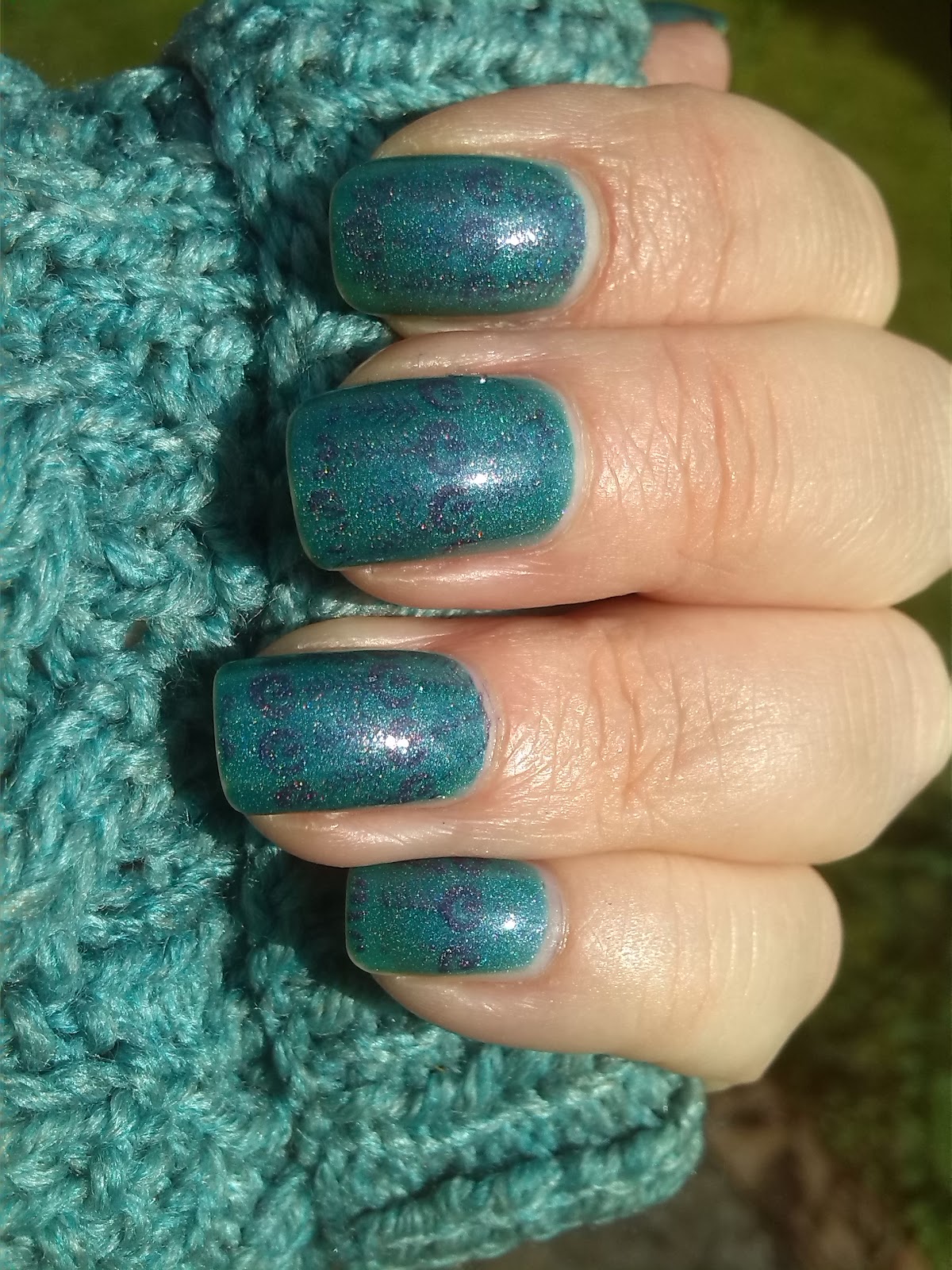 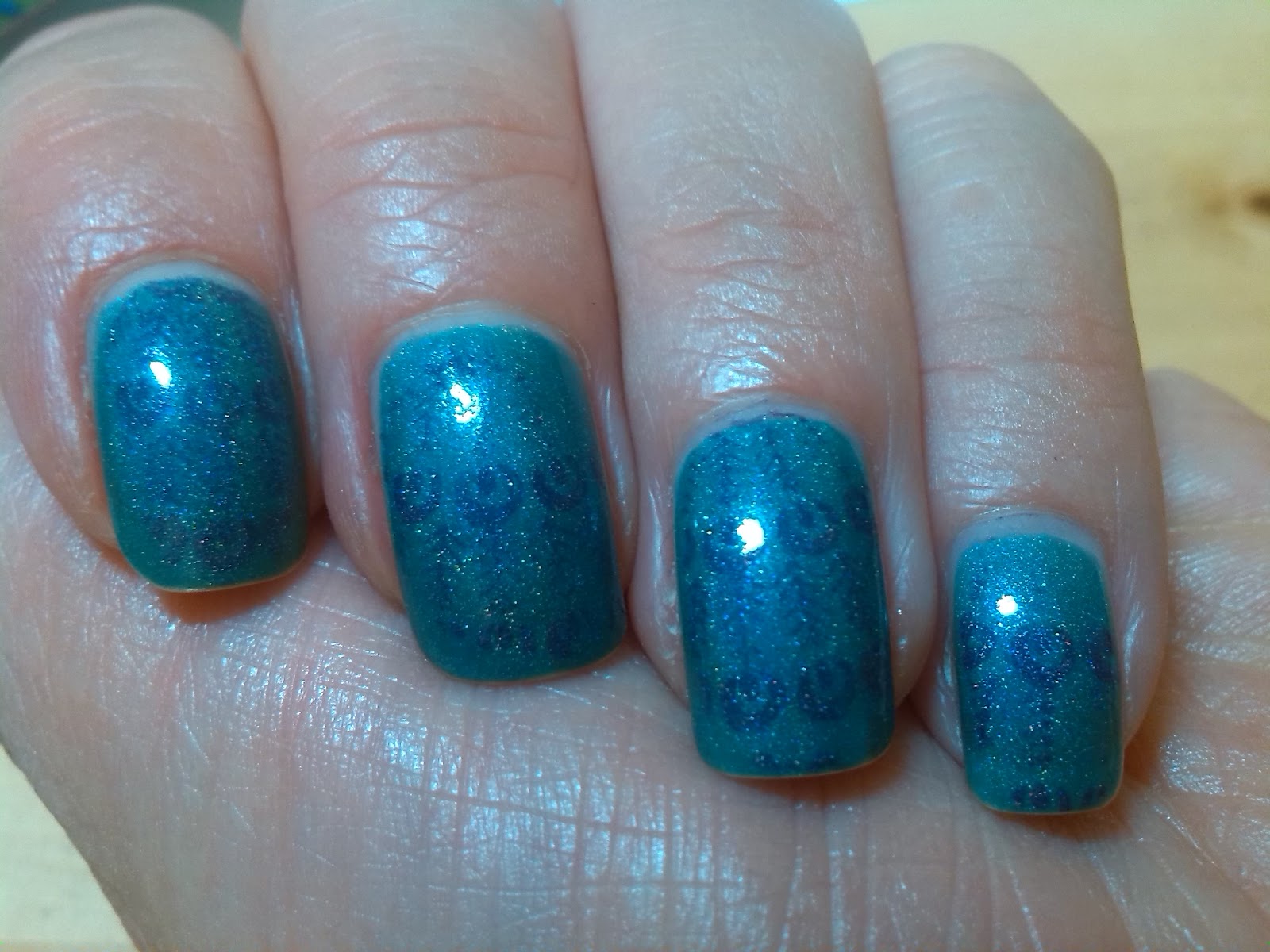 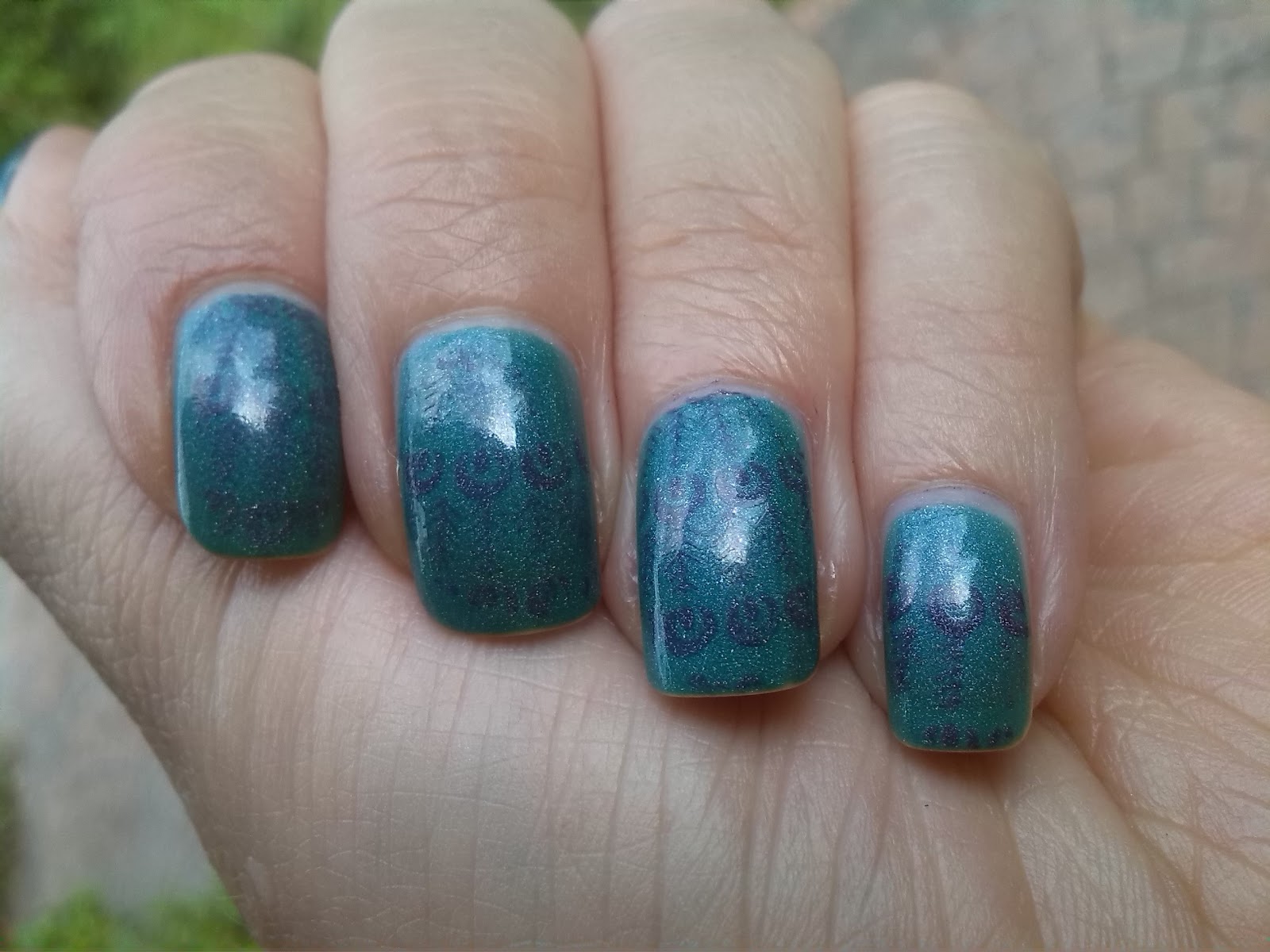 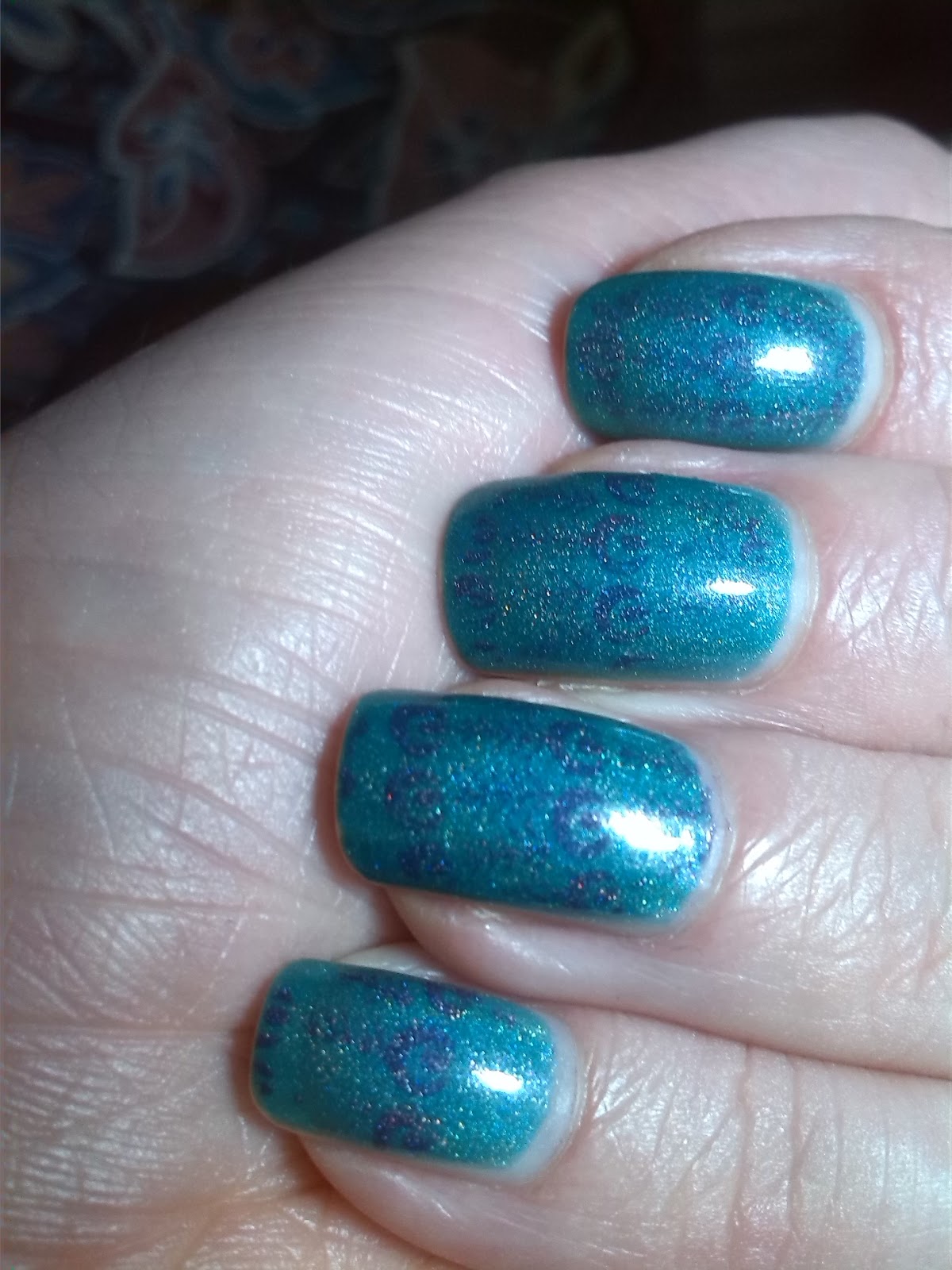 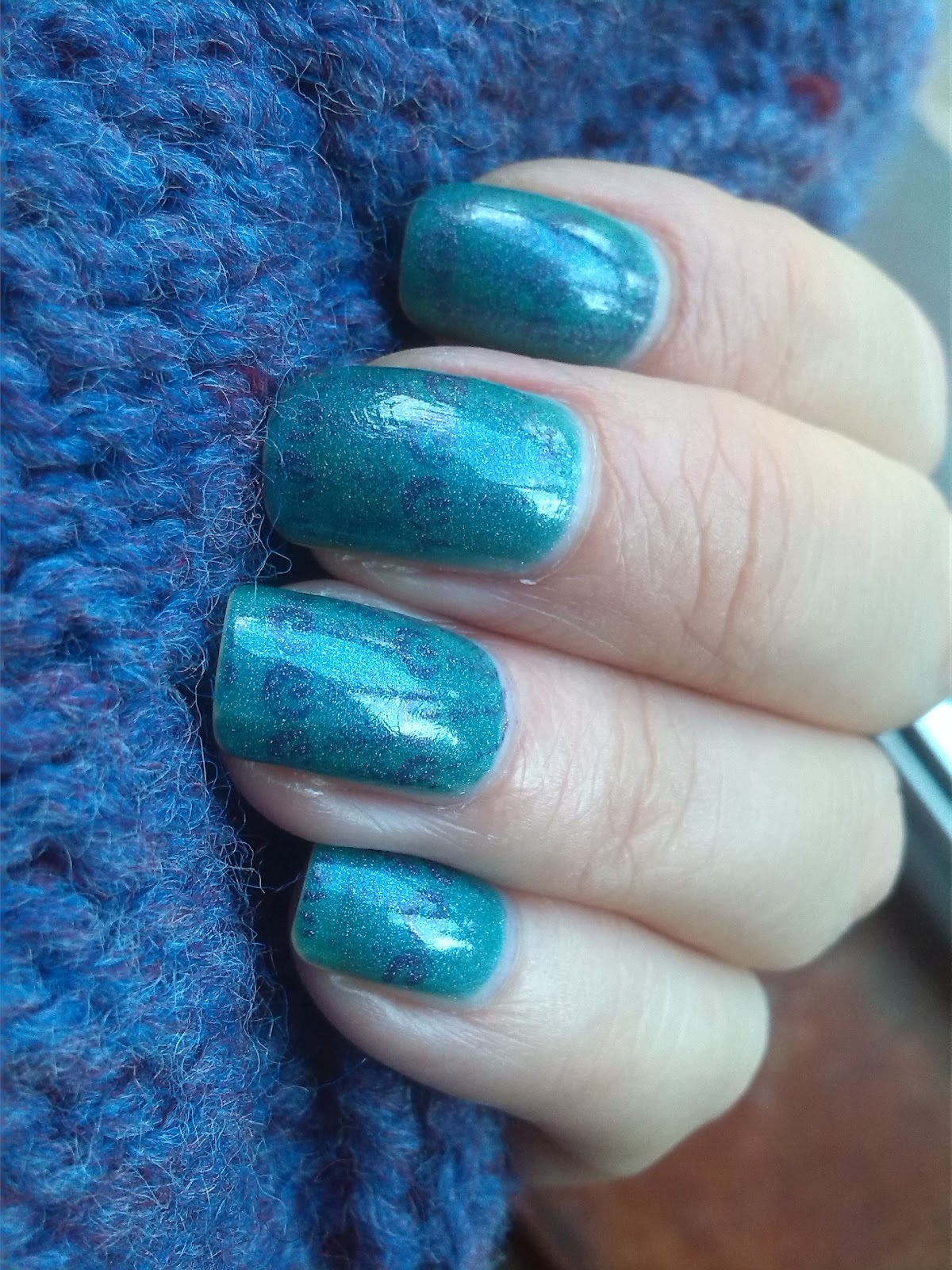 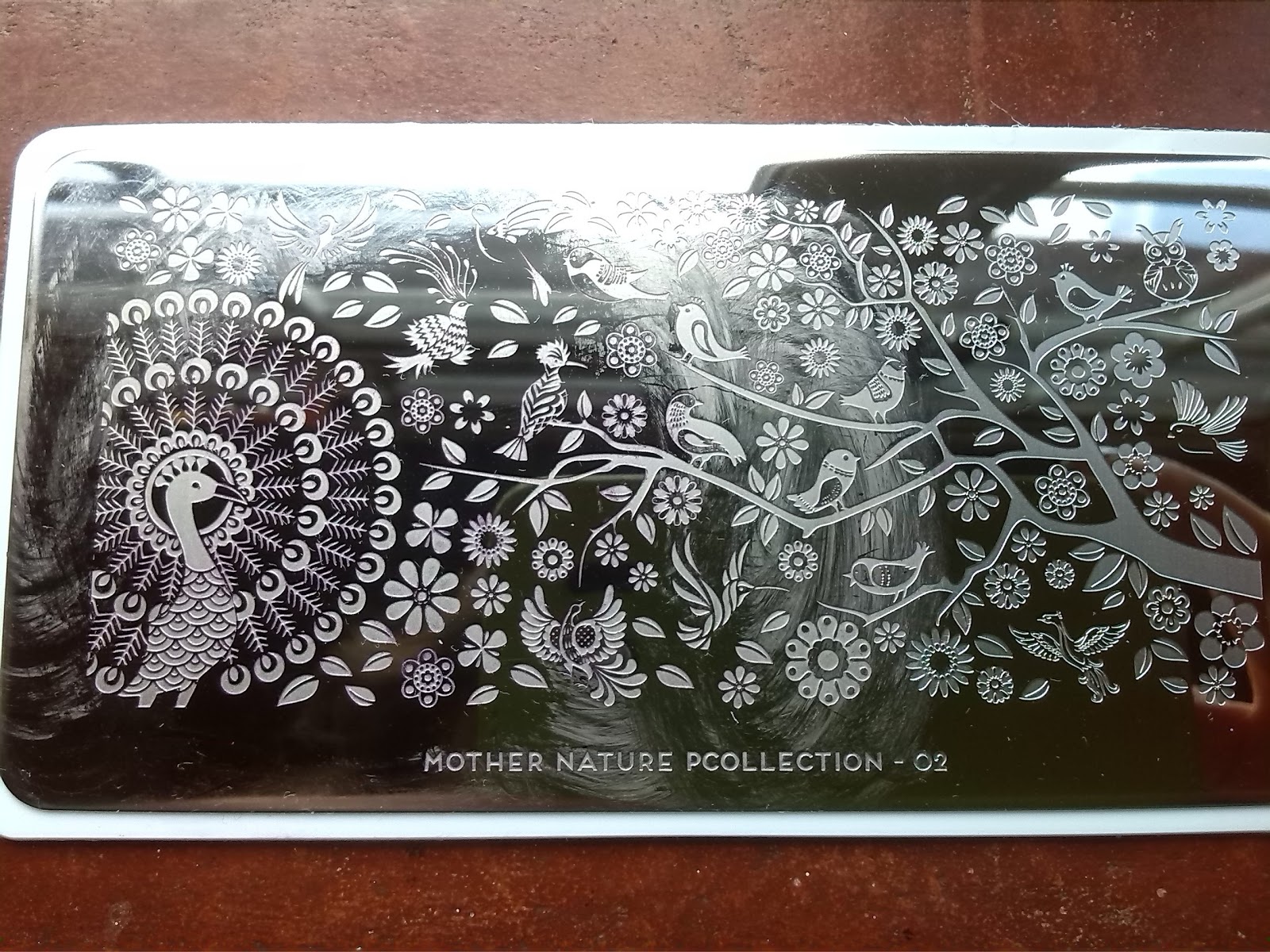 Email ThisBlogThis!Share to TwitterShare to FacebookShare to Pinterest
Labels: A England Lady of the Lake, Black Cat Lacquer Teal Me About It, Moyou London's Mother Nature Collection 02, stamping