Another combination post here combining 3 prompts, 2 for #30daysofcolourchallenge and one for #wnac2015.
The first #30daysofcolourchallenge prompt I did was Jewel Tone and I chose the gorgeous emerald green Claddagh from Smitten Polish. I have a feeling this might have been limited edition. It is just stunning, I really like Smitten polishes and this is no exception, the colour is perfect, the holo is gorgeous, application and coverage were good.
The #wnac2015 prompt was Dry Marbling with Jewel Tones. I used Smitten Claddagh and Kleancolor Metallic Yellow. I still haven't got the hang of this although it did look quite pretty in real life, especially in the sun. I tried doing it just on a bare nail, and also over a coat of polish but neither was very successful. I have since heard that it is worth trying to marble with a small brush rather than a cocktail stick so I might try again...
I'd planned the dry marbling as a base for another mani so when that failed I had to rethink - I used Smitten Claddagh stamped with Emily De Molly EDM16 and Kleancolor Metallic Yellow and then the same image with A England Proserpine - it was gorgeous in the sunshine but you need to see the shady shots to see the stamping a bit better!
The final prompt was Orchid for #30daysofcolourchallenge. I didn't even know orchid was a colour- I had to google it and found it is a purple, or pinky purple, but just to be sure I stamped an orchid-like image from Vivid Lacquer VL014 and used Esmaltes da Kelly Tuco and Chuoisco over my green base. 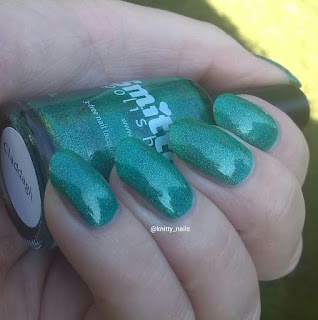 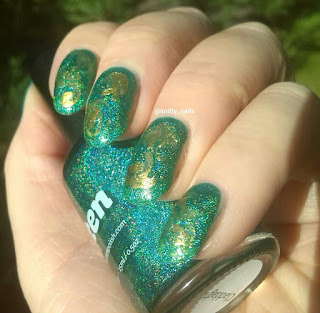 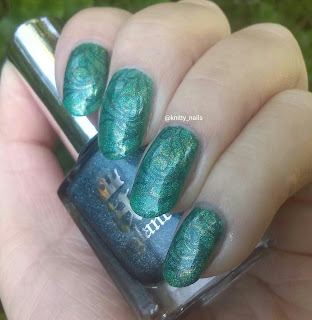 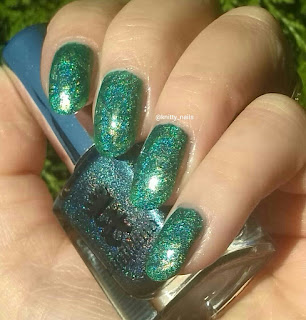 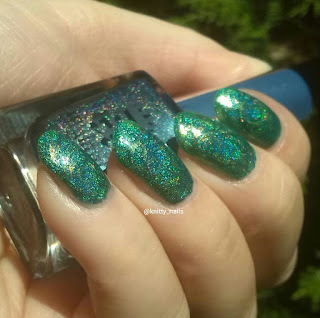 
An InLinkz Link-up
Posted by debbie jarman at 08:34