I do like to try and support the UK Indie Makers, and last week I bought the Camelot Collection from Charming Tale. This is a collection of 5 lovely shimmery polishes and I have used two of them on today's mani.
I started with The Sword, a silvery white polish which applied really nicely and gave great coverage with 2 coats. It has tiny flakies in but I don't think I managed to catch any in the photos.
Then I did a gradient with The Sword and The Wizard. The Wizard is an intense bright blue shimmer although it looks very slightly tealy in some of my photos. There are little flakies in there too, which I hope you can see in some of the pics. The blue would obviously be more intense used as a polish rather than sponged on but I think these two made a great gradient.
Finally I added snowflakes for #wnac2015. I used QA86 that I bought from She Sells Seashells last year. This is a really pretty little plate and stamps beautifully. I used Avon Classic Fit and Hit The Bottle Snowed Under and lined them up as well as I could to stamp blue on white and vise versa.
I was really pleased with the outcome, the shimmer of the Charming Tale polishes was the perfect backdrop for the snowflakes, and I think you can see the little flakies in the zoomed in shot (not a proper macro as I wanted to catch 2 nails in the shot).
Loads of pics because I was so pleased with these :) 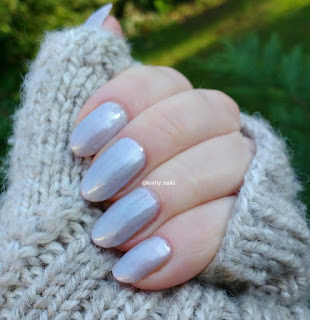 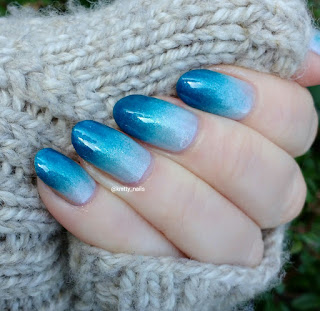 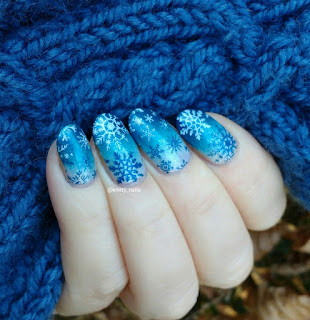 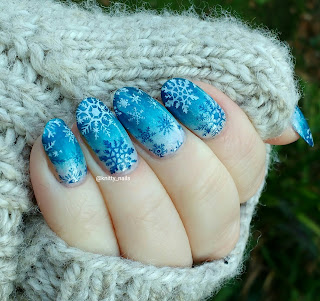 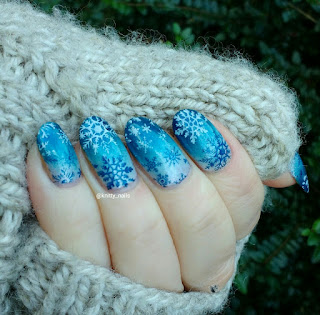 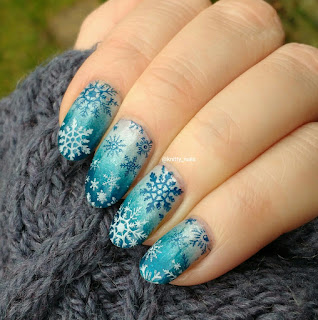 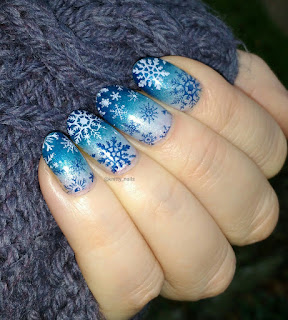 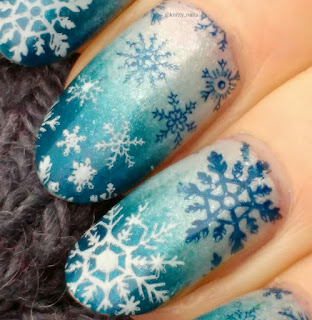