I have a lovely new polish by another UK Indie today. I heard about Dragonglass Nails a couple of weeks ago through one of the Facebook groups, so of course I had to have a look and spotted a couple that I fancied trying.
Todays polish is inspired by the the Wizard of Oz and is called Good Witch, so of course it is all pretty and fairy like! In the bottle it is shimmery particles in a pinky base, but the pink is very subtle when you use one coat. I didn't bother trying to build it up as my nails are stained green from my last mani (more suited to Bad Witch probably!)
I swatched it over OPI I have a Herring Problem, Leighton Denny Little Thief, OPI Thanks a Windmillion and Nails Inc Fulham Palace Road - picture at the end of this blog.
I thought it looked pretty over all of them but the glitter seemed to be shown off best on the nude, so that's the one I chose.
This polish had an interesting jelly like consistency, and reminded me a lot of flakies although the particle are much smaller. The glitters have that same iridescent shimmer that you get with flakies too and the overall look reminded me a little of China Glaze Make a Spectacle
I used two coats of Nails Inc Fulham Palace Road, which was just enough to obscure the green staining, and then one coat of Good Witch. This gives a textured finish but I added a coat of top coat for a smoother finish today. When I wore CG Make A Spectacle I gave it a coat of matte top coat which had a lovely effect and I expect I'll try that on this one too!
Good Witch is a really pretty, quite subtle glitter, which catches the light beautifully and picks up all sorts of pretty pastel shades.
I really like this polish and I think its going to be very versatile as it looks good over a number of different colours. It also got a sister called Snow Queen which is an icy blue shimmer, I think I need it!!
Oops lots of words, usually means I am frustrated the pics haven't captured how much I love the polish!!! and lots of pics too :) 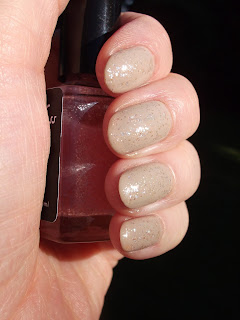 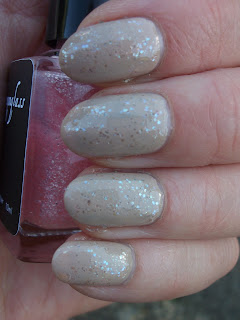 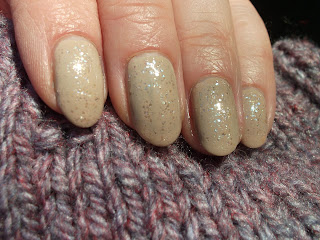 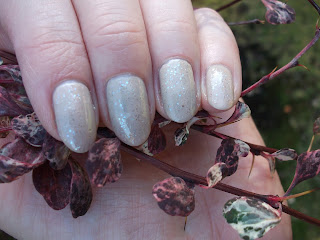 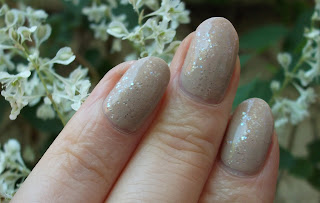 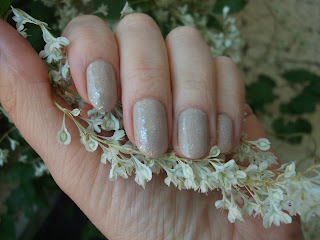 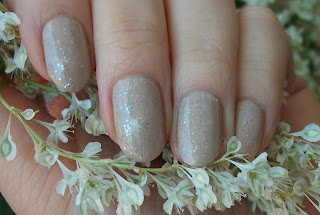 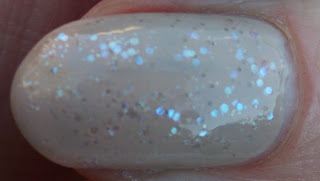 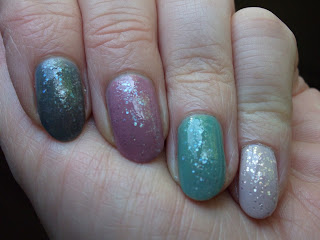