I have something very special for you today. Kerrie from Quirk designed a beautiful set of 5 limited edition polishes, with all the proceeds going to a charity called St Peters Hospice. Each one is a one off and I was lucky enough to be online as An Ocean Potion was released and I snapped it up! Kerrie had previewed them so I knew exactly which one I wanted, but I was very surprised that I managed to get this one.
An Ocean Potion is a fantastic mix of gold hexes, smaller blue, teal and gold hexes and tiny shimmery glitters in a teal jelly base, a perfect combination of ocean colours and I described it to a friend of mine as being like a mermaid's tail. The glitters capture the light the beautifully, picking up a range of colours as well as blue, green and teal. This is quite a dense glitter and when I swatched it initially I had 2 thoughts, firstly it was stunning and secondly that it was probably dense enough to do a glitter gradient.
Often my attempts to do a glitter gradient fail, either because the glitter sizes or density just don't work, or I get too heavy handed and have to end up converting to a full coat of glitter. This worked well though and I was able to dab enough on at the base of each nail over my Jacava Purple Promise, and then drag the slightly dried glitter up the nail. I love the contrast of the blue, green and gold against the deep purple. Apologies again from my camera for making some of the pics more blue than they should be, but the gradient still looks pretty whatever colour the base appears to be :) 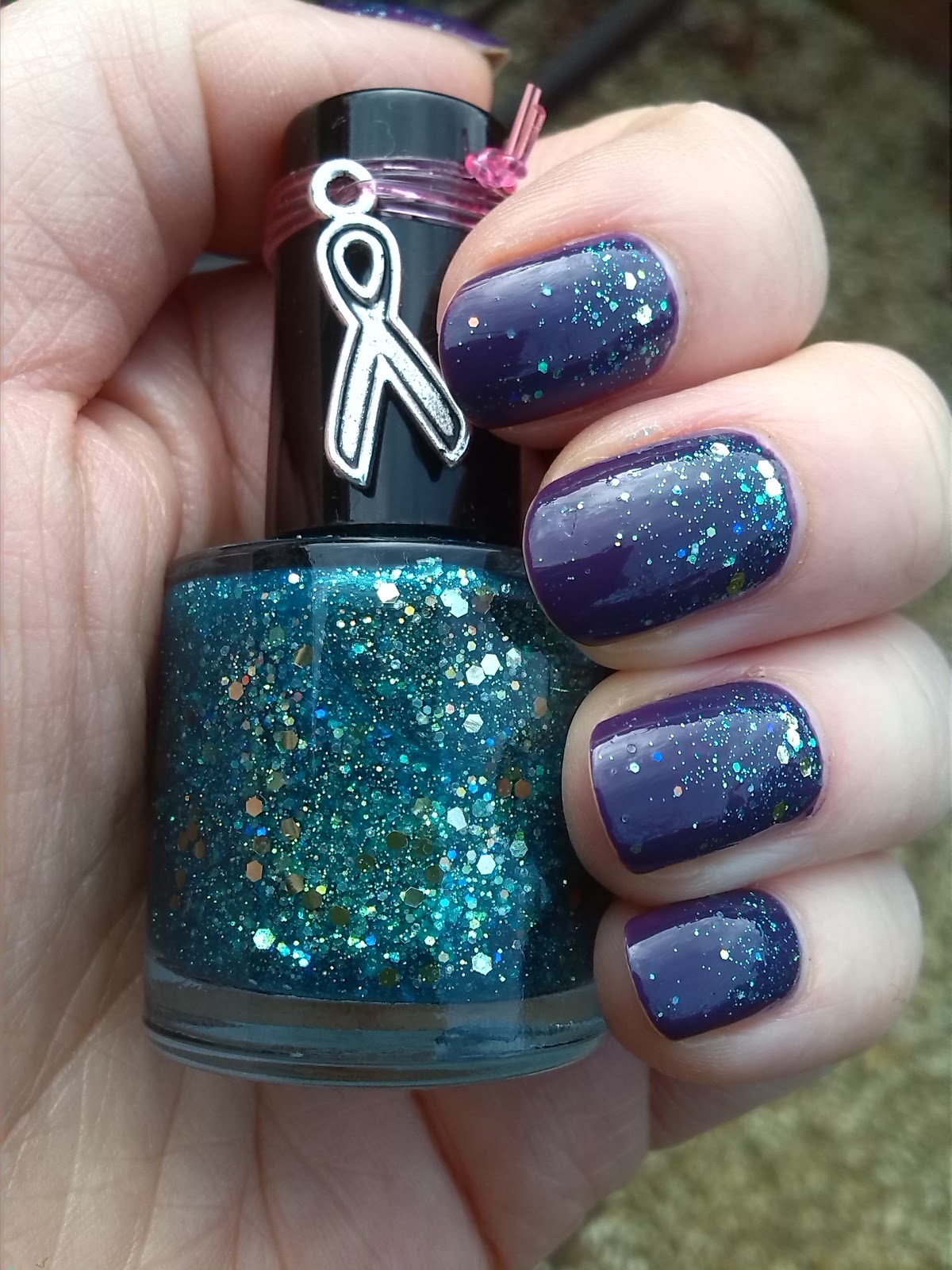 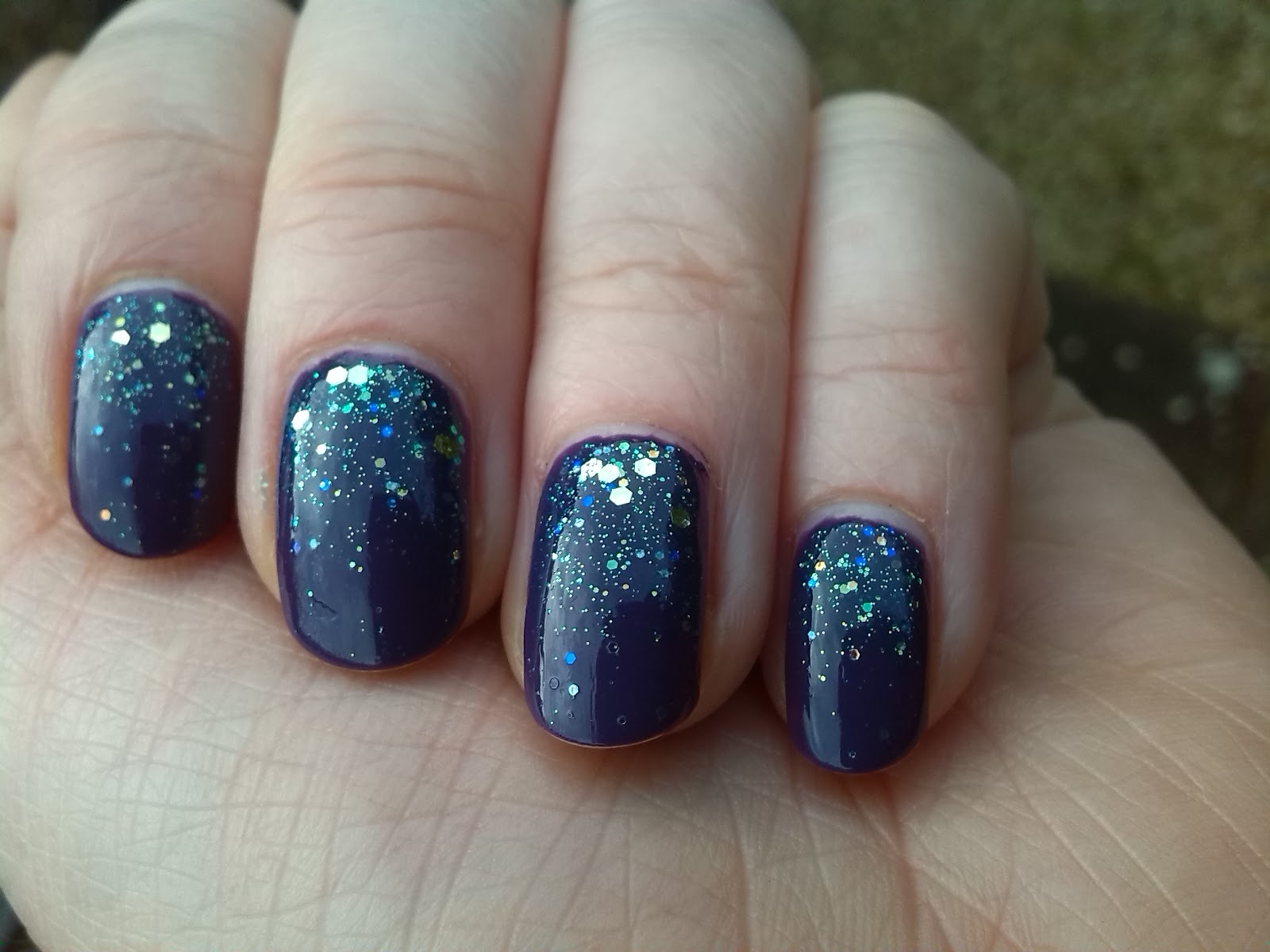 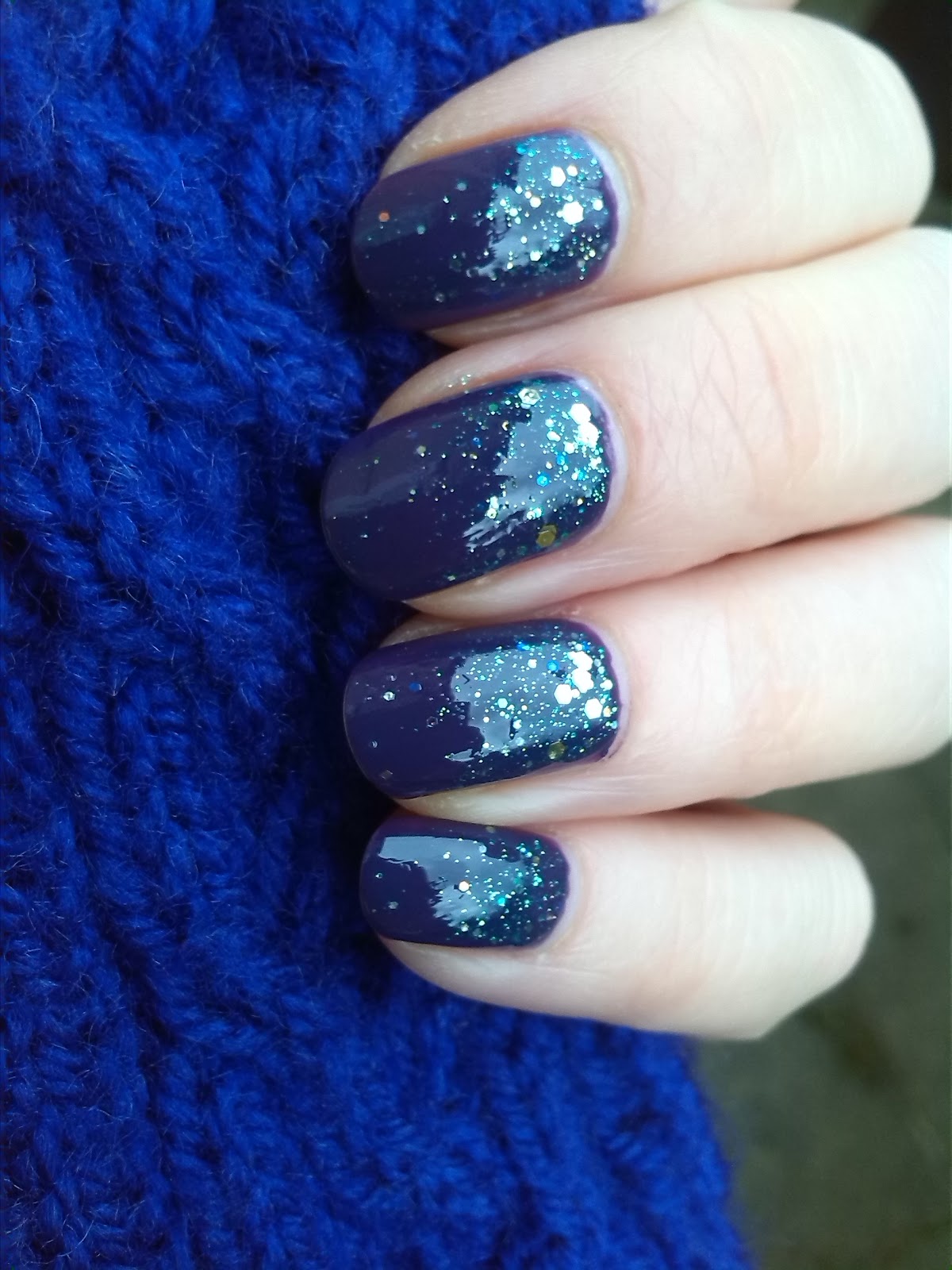 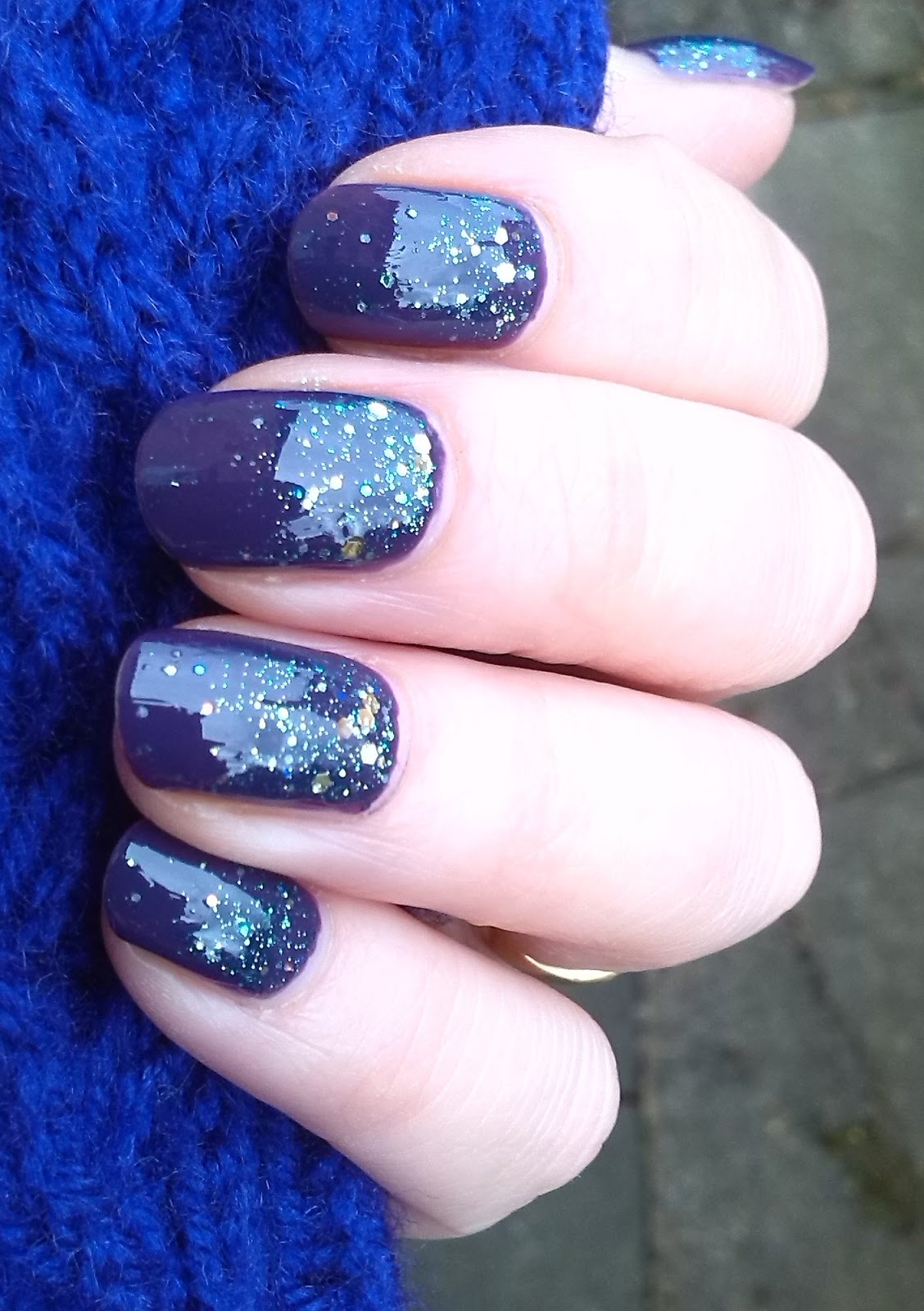 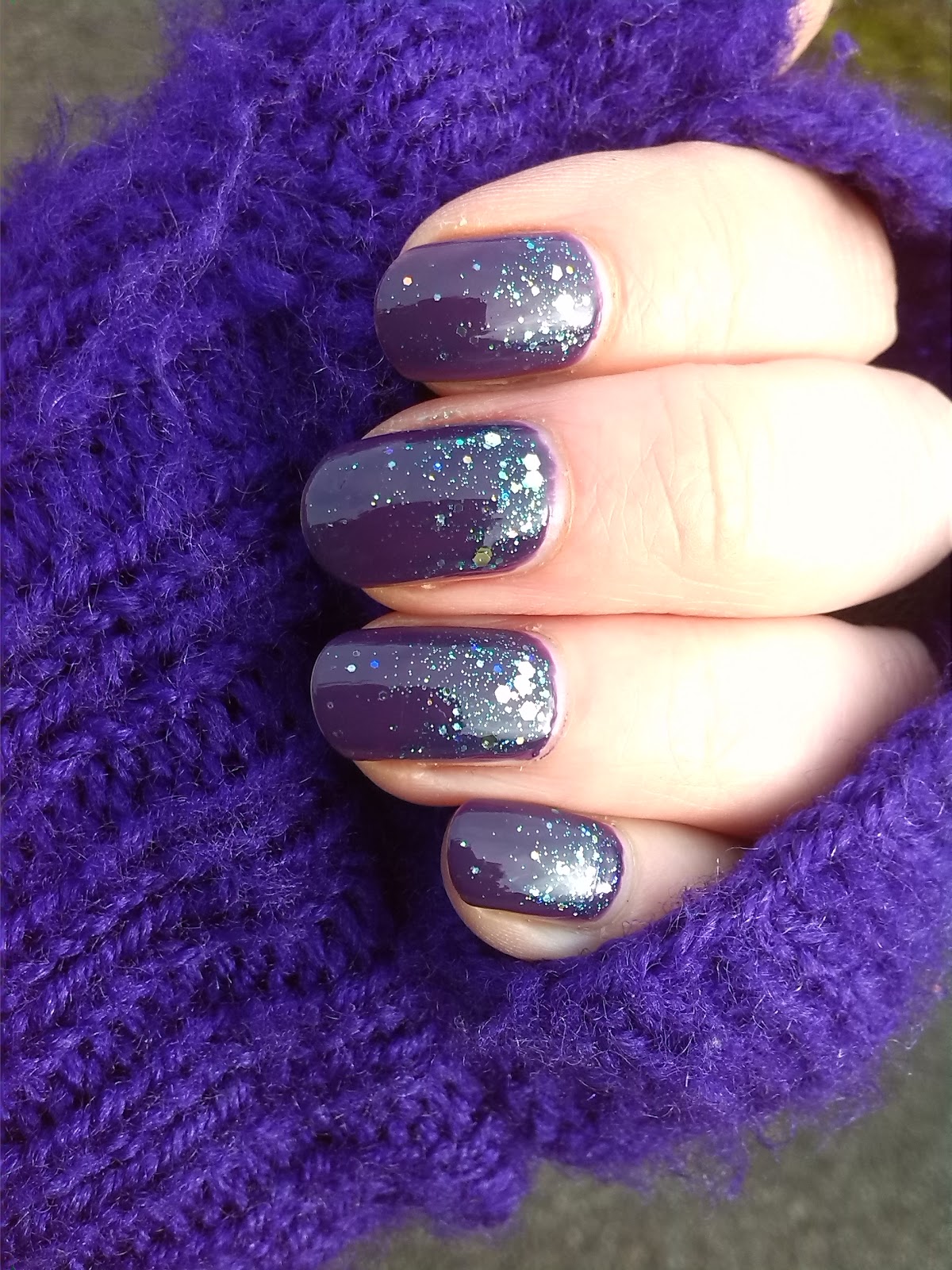 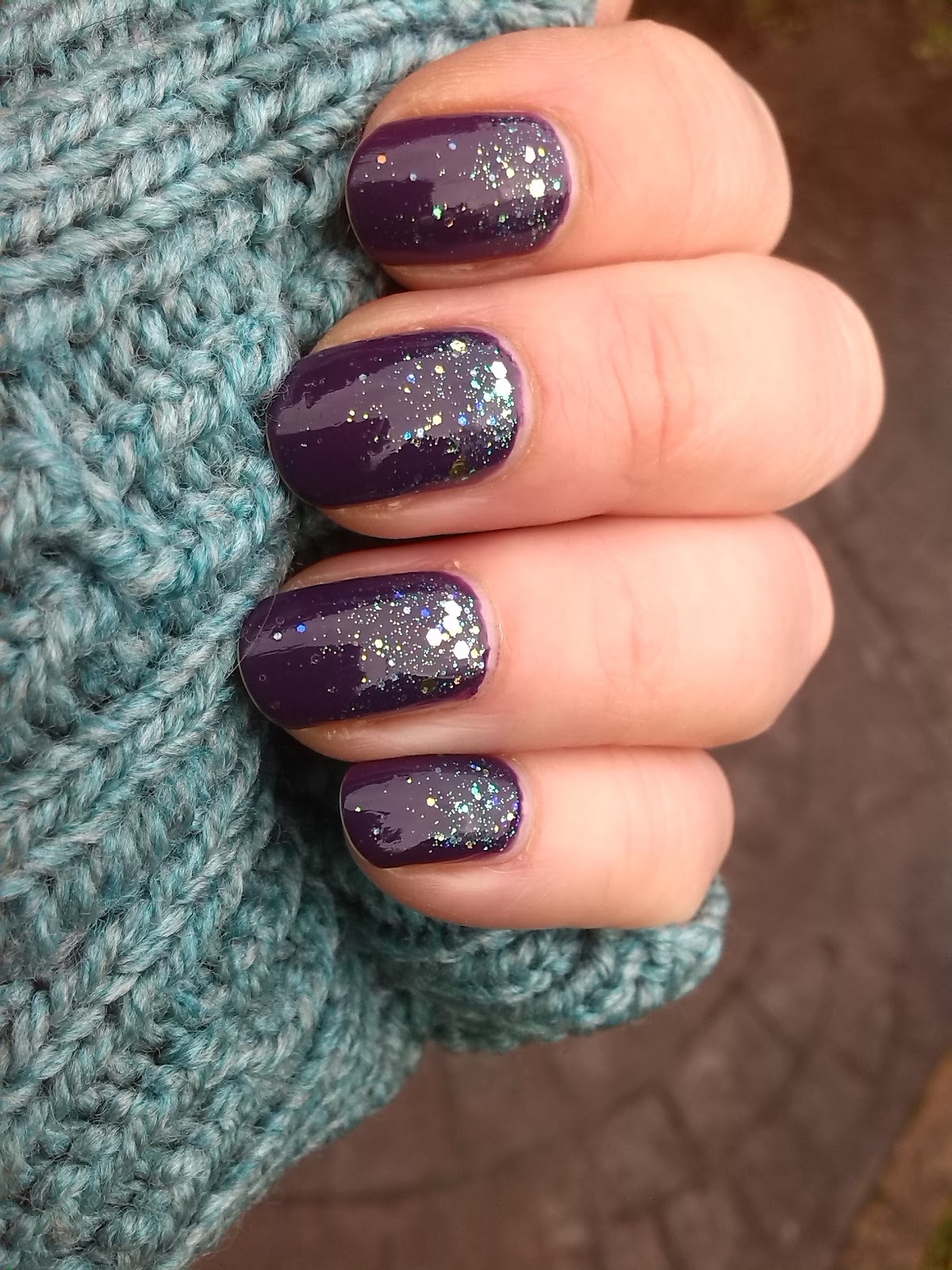