I combined a couple of challenges today. When I saw I had to do Red with Squares for #40greatnailartideas and a Pond Mani for #wnac2016 I was sure they were meant to go together.
The only problem was a red jelly! I have a selection of lovely neon jellies but the only reds I have are an un-named Nellie polish with glitter and Danglefoot Bra Off Hair Up which is also holo.
The Nellie had dried up and although I added some thinners it was struggling to be opaque enough so I switched after the first 2 coats to the holo.
I had a bit of a challenge trying to isolate some squares from DRK Cobogo 1 with Colour Alike Kind of White and the end result was rather random but not a disaster, I did 2 layers of squares and I have included a pic of each stage.
Then I added overlapping outlines of squares using Pet'la Plate Kaboom and Barry M Black Cherry.
It all does look rather pink but I was rather pleased with it - no - actually, I loved it!!!

Updated: I agonized over this not being red enough and in the end added another layer - Messy Mansion Symetrika 05 and Esmaltes da Kelly Joana. 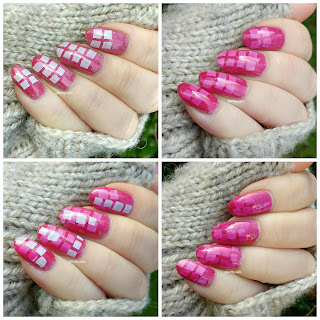 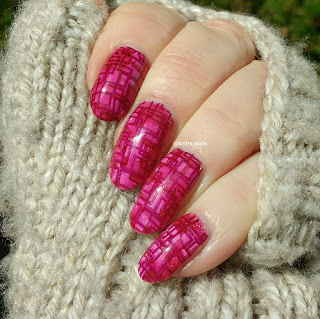 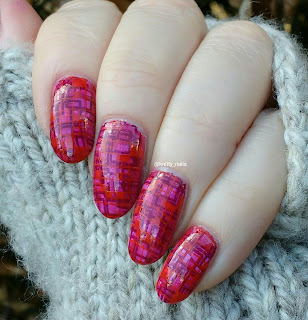 An InLinkz Link-up
Posted by debbie jarman at 08:42