Well I absolutely love this! For Spring 2013 OPI brought out the Mariah Carey range, and 4 of those shades are their new technology liquid sands. They just happened to bring out all 4 in a set of minis, and at first I wasn't 100% how I would feel about these so I bought the set, to give them a try. One swatch and I was in love.
I decided to start with Stay The Night, which is black with red glitter.
The first coat is not impressive, red glitter in a greyish background, but the density built up nicely with the second coat and I did go for a third to make sure I got the best coverage. I think maybe I could have used a dark undie to start, to save the precious liquid sand! So what you have is a black matte sand-like finish with pinky red sparkly glitter, and no top coat. I will top coat them later - when I swatched them I tried both and loved it either way. I really like that you have that flexibility with these.
I love the way that the glitter twinkles in the black base and my husband, known for his complete lack of interest in nails, said "wow" when I showed him and likened it to lava, when its cooled but you can still see red hot lava peeping through the cracks.
The texture is rough, but not gritty and I'd say probably smoother to the touch than the Nails Inc Leather Effects.
Anyway, the pictures - took a few as they were so pretty  and I think I've captured them reasonably well. 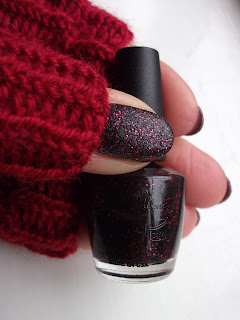 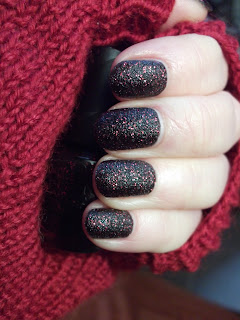 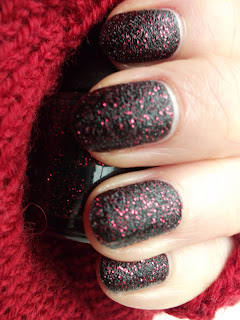 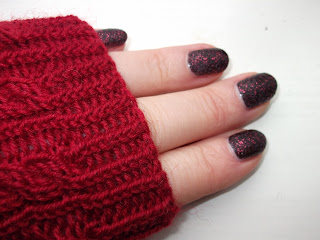 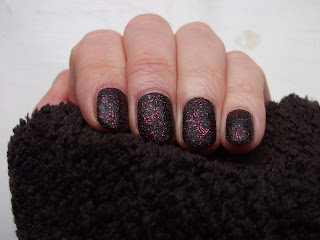 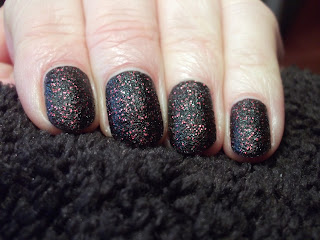 This last pic is with flash. 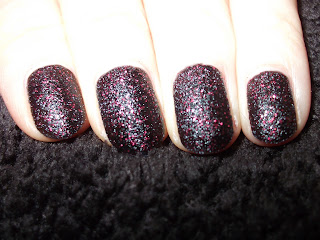