A Couple of Cards

My little niece loves penguins at the moment so I aimed for a penguin theme for her latest birthday, bought her a cuddly Emperor penguin, a penguin pencil case and a penguin drinking bottle (via Edinburgh Zoo). I was stumped by the local shops for a penguin card so I made one, just a simple little cross stitch figure on a blue backround. 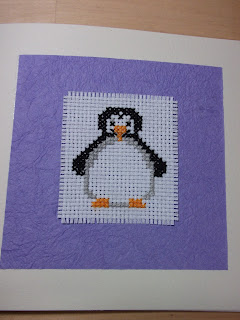 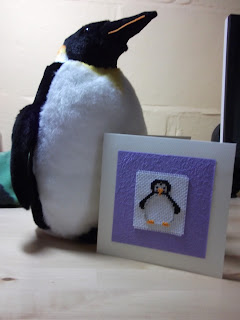 It's my 19th Wedding Anniversary today and I have a tradition of making cards for my husband, and I try to be a bit creative. Inspiration was not forthcoming, so I googled 19th Anniversary and found that the gemstones associated with this anniversary are topaz and aquamarine. The modern material is bronze, so I dug in my thread stash for the best matches I could find, stitched a 19 and mounted it on a bronze background. 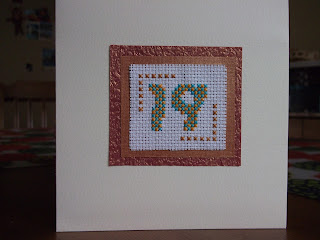