Today I have really stretched my nail painting limits! I signed up to a nail art workshop a couple of weeks back with Neiru and yesterday the first tutorial was released.
We had 48 hours to watch the tutorial, recreate the design and then create 2 new designs using skills learned in the tutorial. The tutorial was to create Art Nouveau Peonies.
Jasmine, the founder of Neiru and tutor, did say in an earlier video that these designs are really for gels rather than conventional polishes, but having signed up I thought I'd better give it a go anyway.
I tried using normal polishes and found it very tricky to control and certainly creating a very fine line was hard, as the polish dried so quickly, whereas I worked so slowly!
Anyway I tried again using my son's acrylic paints and had more success.
I then continued to use the paints to do the 2nd and 3rd designs. I decided to stay with the flowers theme but chose to recreate a William Morris image from my living room curtains, and then a rose image by one of my favourite architects, Charles Rennie Mackintosh.
We only had to do 1 nail of each design which was just as well really - I'd have been there all week - these took so long and my hands were really aching by the time I'd finished. Once topcoated I thought they didn't look too bad but I won't be adding any close up pics! 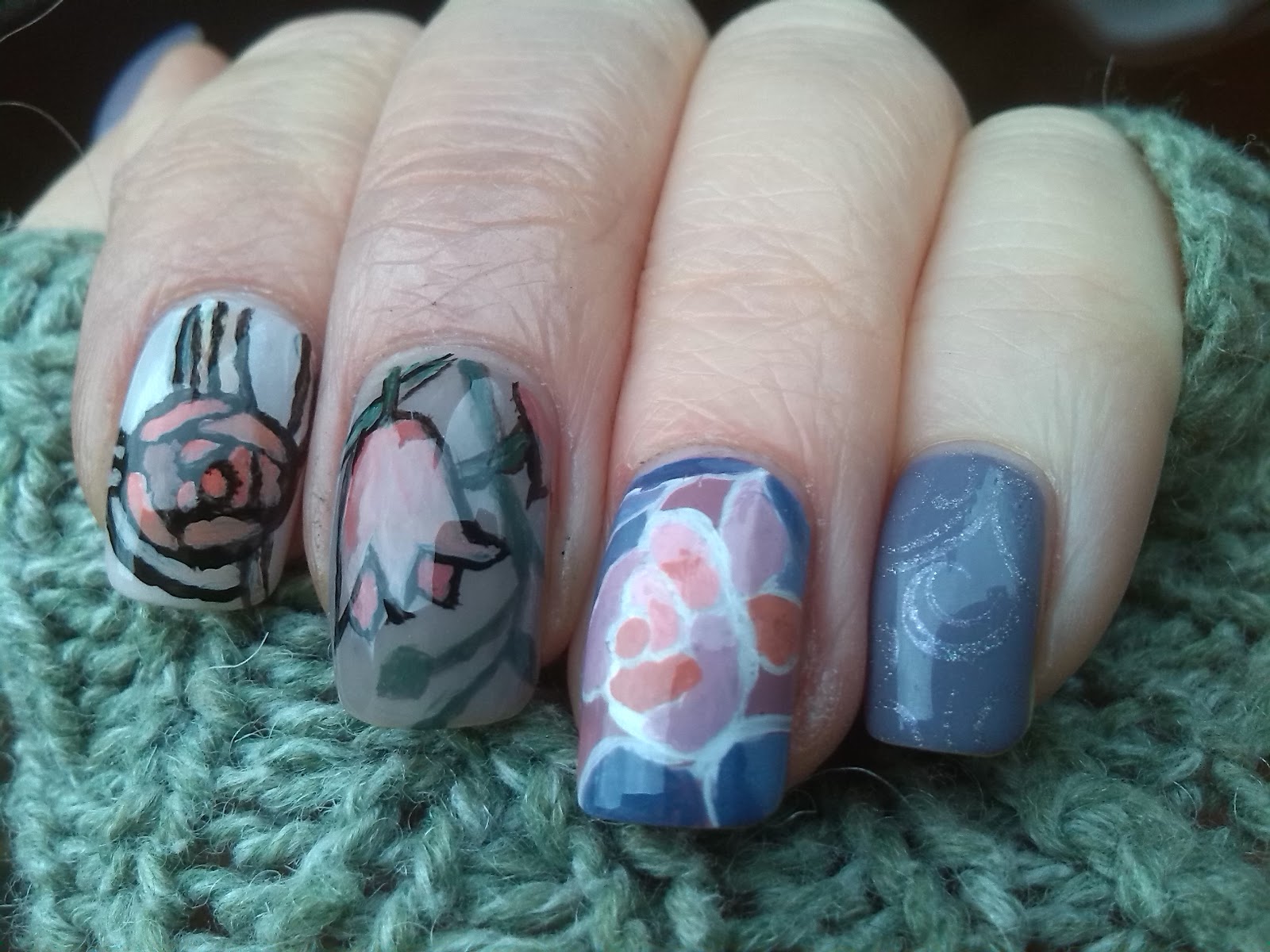 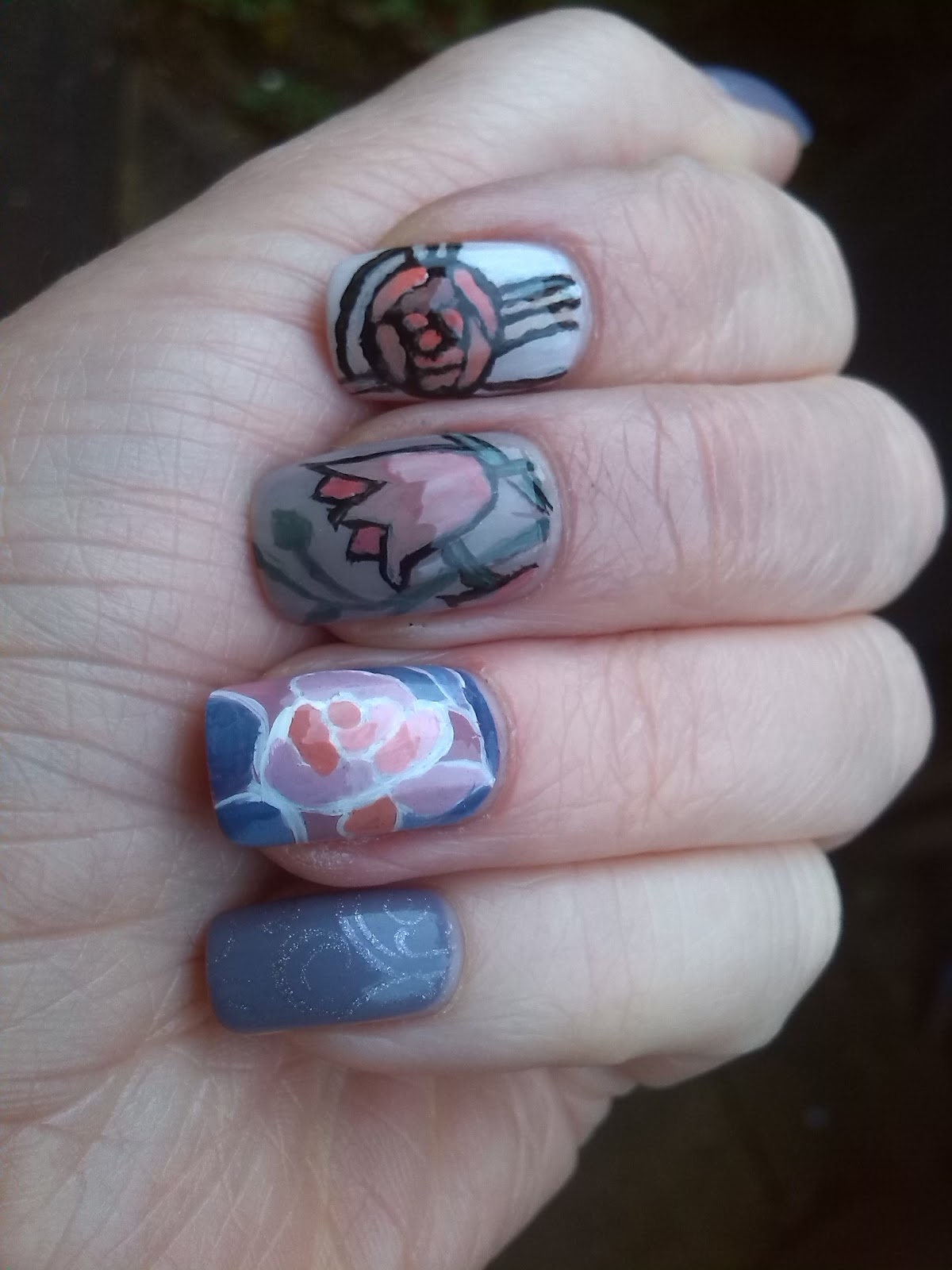