Moyou London is hosting a Bookworm contest and the idea is to do a mani based on one of the 9 books they listed. I've seen entries to their competitions before and they look so elaborate that I didn't really think about it when I saw the Instagram post - save  but then I spotted the title "The Great Gatsby" and having seen posters for the film, that black and gold image came straight into my mind. When the postman brought my Moyou London Time Traveller plate this morning I knew I had to give this contest a try. I had spotted the Back to the 20's plate on one of the sales pages at the weekend, so I think it was fate and I do love Art Deco!!
I chose 2 images, but with one being more solid than the other so I decided to switch things around so that the overall look would be more consistent. I painted 3 nails of each hand with Avon Metallic Effects Gold Leaf, and the thumb and ring finger with Nails Inc Lily (all my blacks are running out but Lily is nearly black).
Then I stamped using the very last dregs of my A England Camelot over the gold, and used the Avon to stamp over Lily. If you look I doubt you'd be aware that 3 fingers are black on gold and 2 are gold on black, unless you know the stamping plate really well.
As if running out of blacks wasn't bad enough, all my top coats seem to have got to that gloopy stage where they need to be binned and as a result there were a few smudged stampings. I took some pictures but found the reflections were masking the detail, so I top coated again with the OPI matte topcoat. This is not as matte as some top coats but matte enough for me to actually get a couple of reasonable pictures. Although I had a few issues with these I am quite pleased with the results and I have taken the plunge and entered the competition. 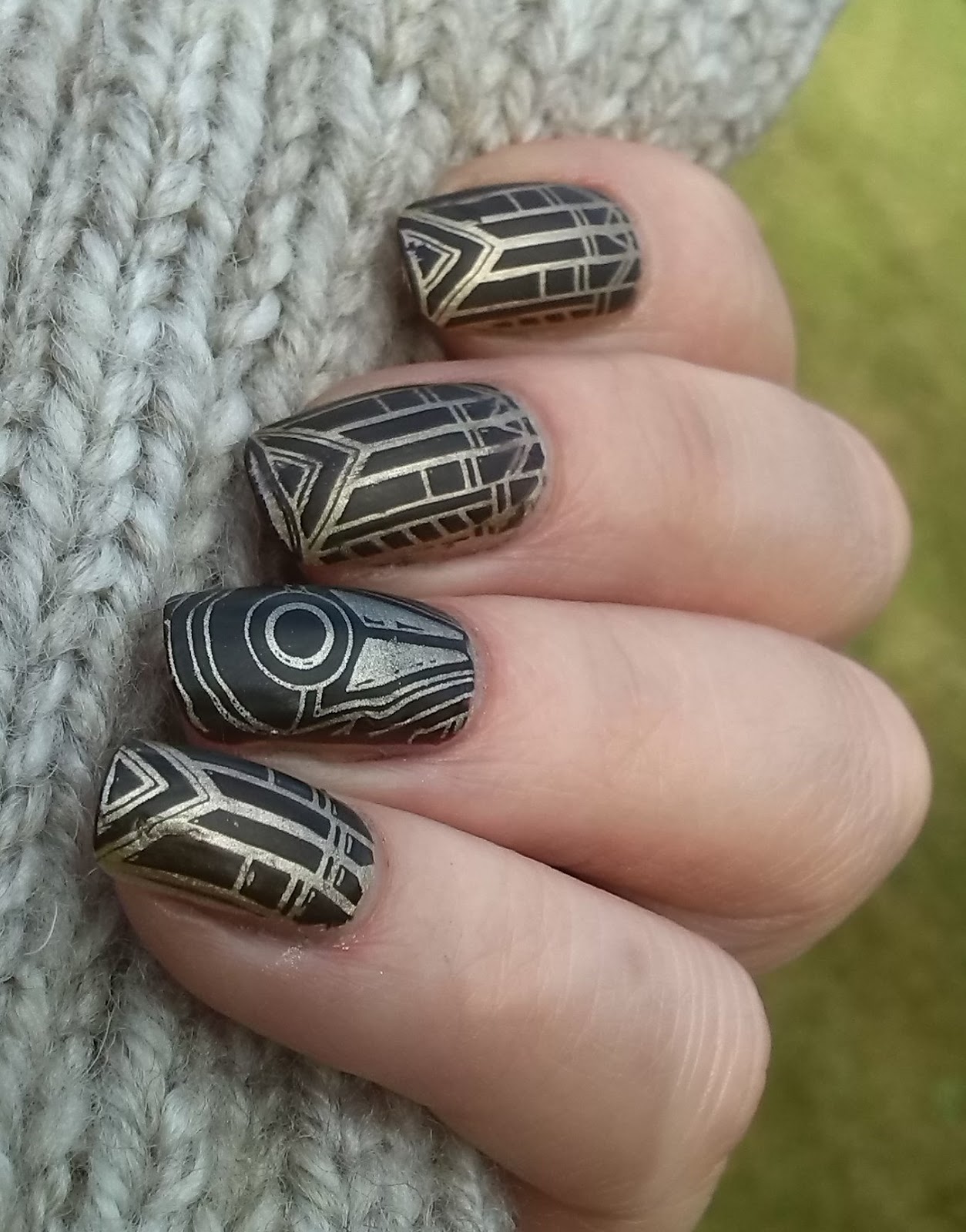 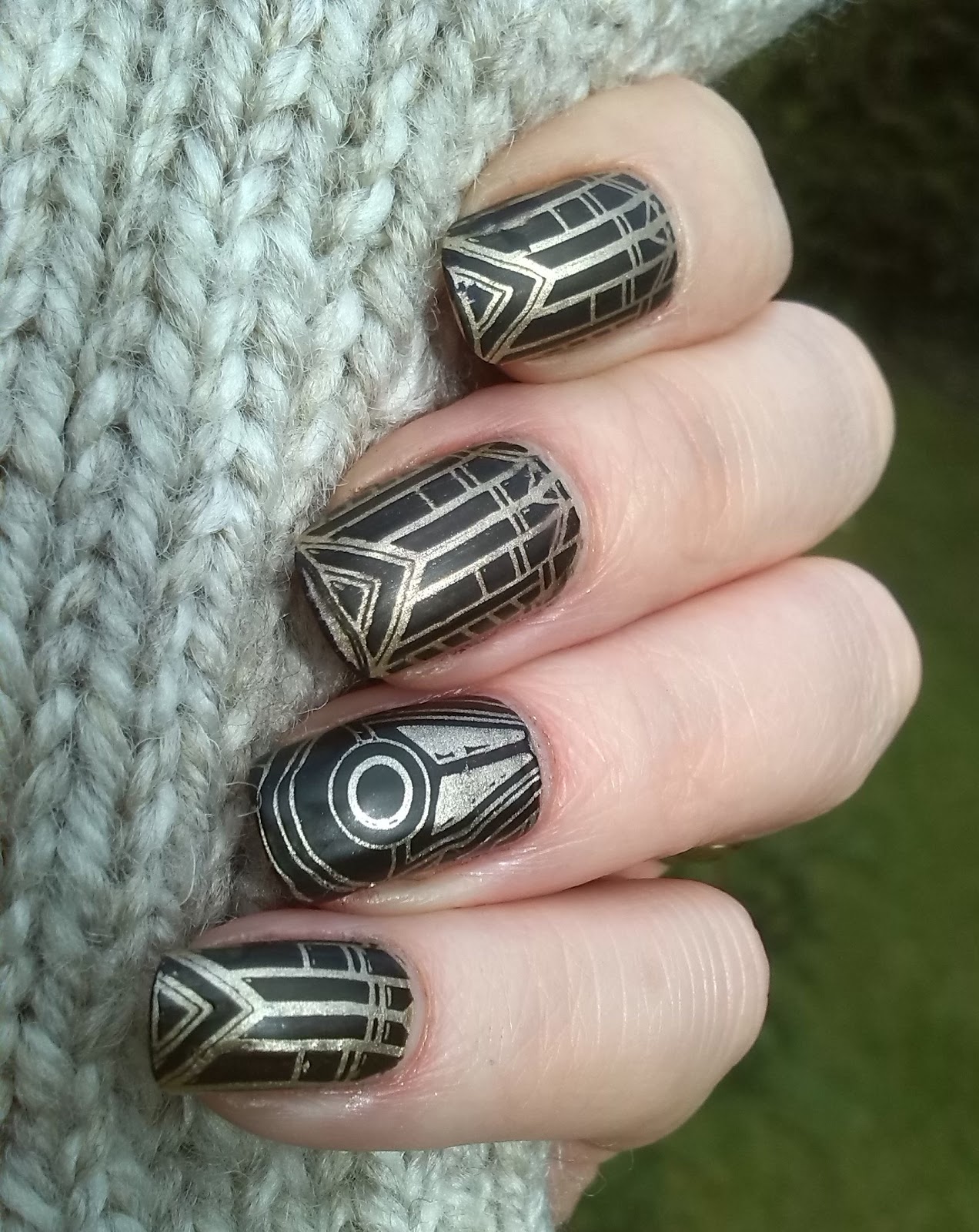 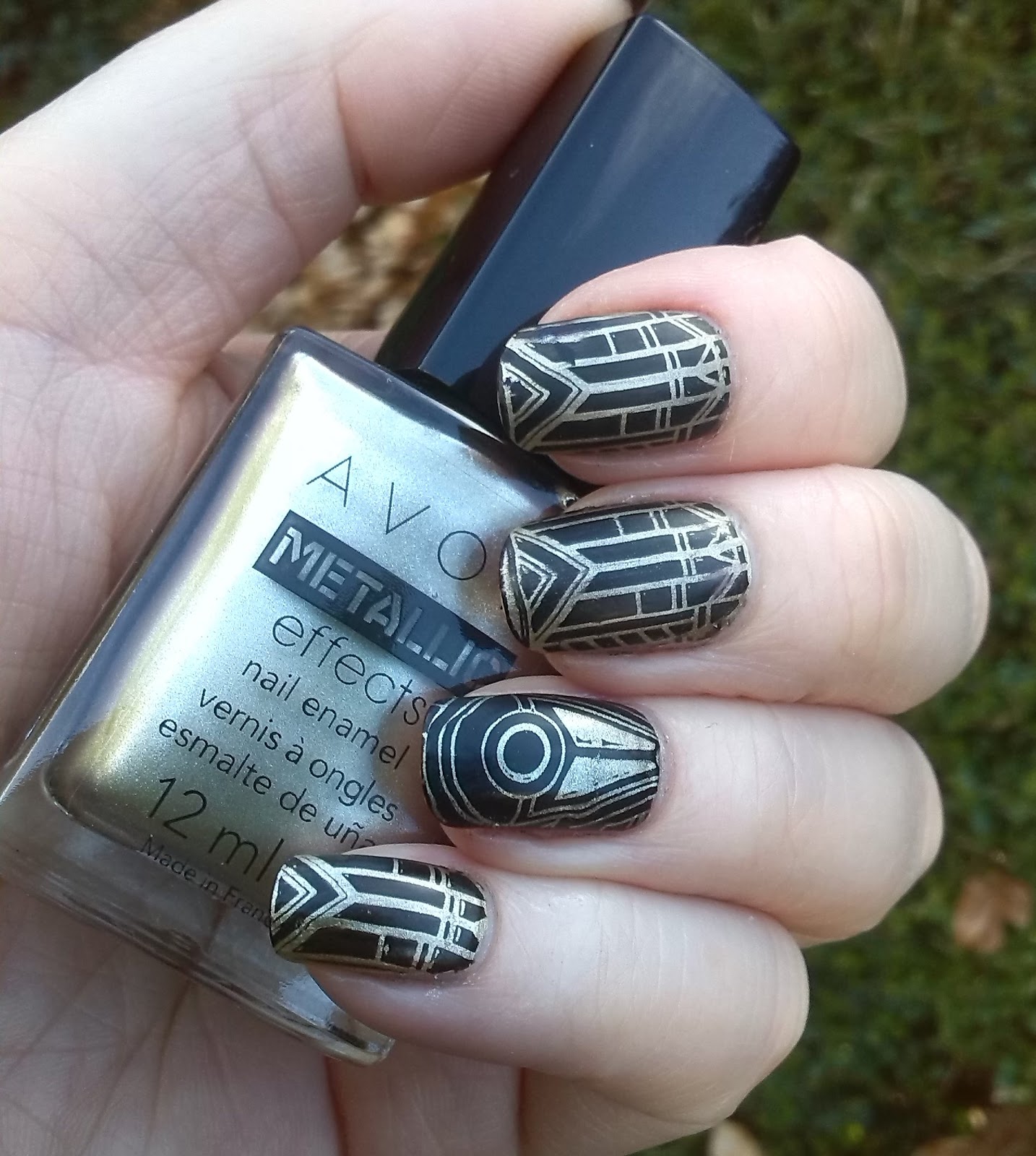