Yesterday and today I have been stamping, again! This time over Picture Polish Bohemian.
I thought quite a while about what colours to try over this polish - I thought black would be too harsh so I started with the very dark red of A England Lancelot. This polish stamps beautifully and I think it goes really well with the pink and bronze tones of Bohemian.
I used Pet'la plate Golden Russian, I love this plate - the images are beautiful and the one I chose to start with is a lovely mix of swirly leaves, ferns perhaps, and berries.
Today I stamped a second image which is the same pattern but larger. I chose a really contrasting colour, the very white Essence Stampy 001. I did wonder about a more muted shade but I think the pattern would have been lost and I love the crisp white stamping. (It would have been even crisper if the bottle hadn't been nearly empty!)
Finally, I couldn't resist - there is a third image on the plate, same pattern but larger again, so I stamped that with A England Saint George. I did try a couple of other colours but in the end I decided the tealy green was the best contrast to all the other colours. The detail of the pattern is not so clear now I have the third layer of stamping but I love the combination of colours. 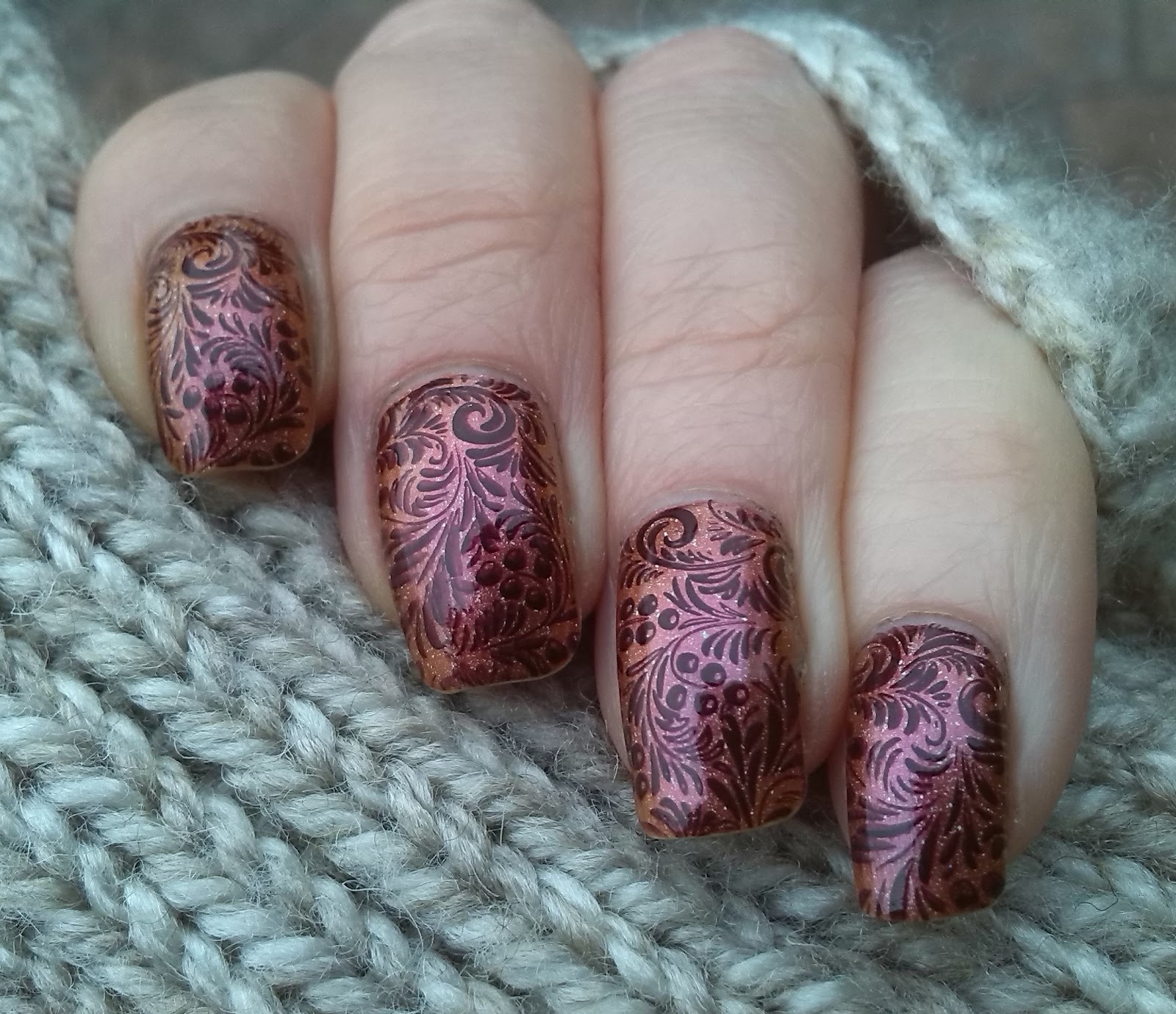 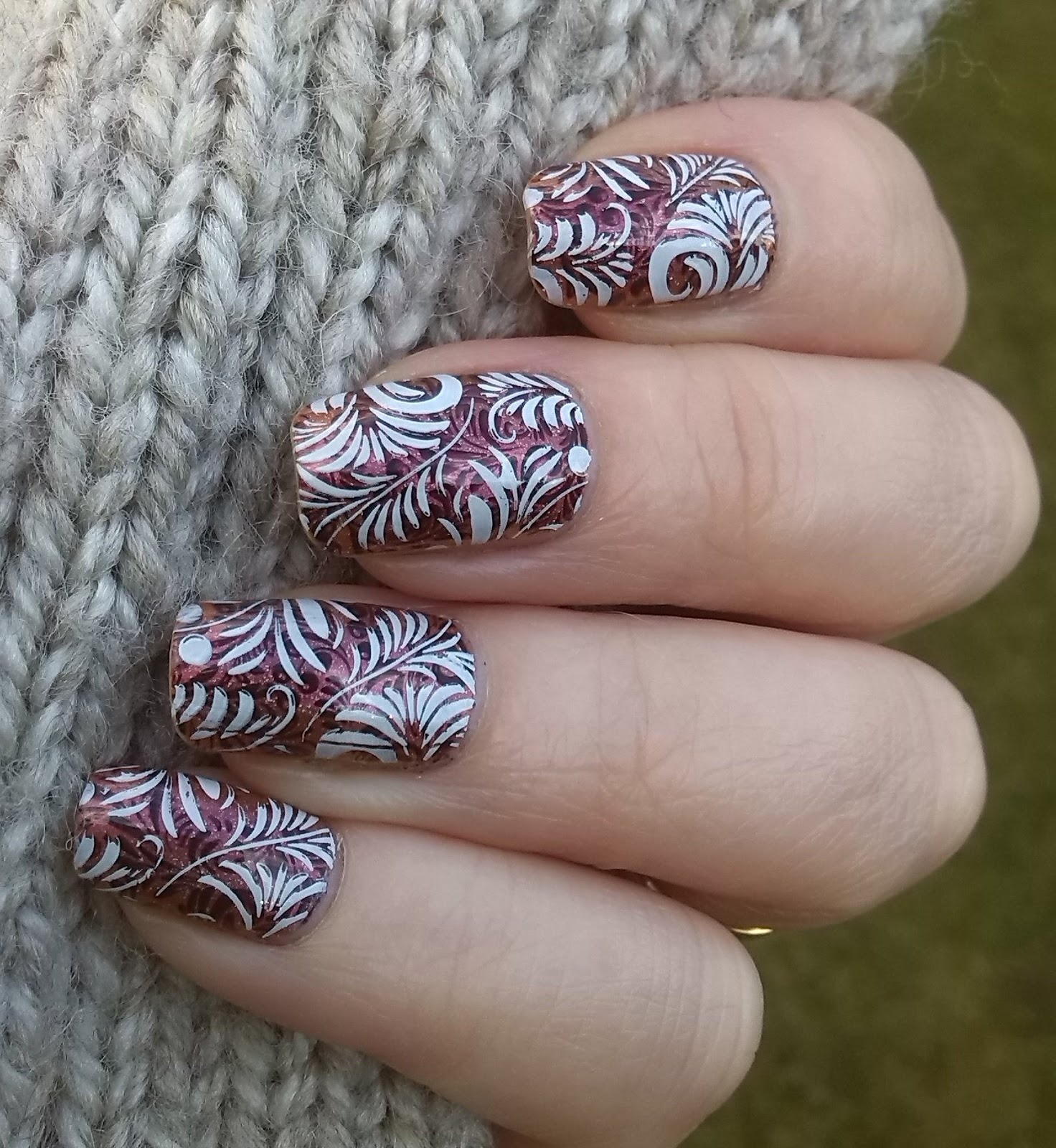 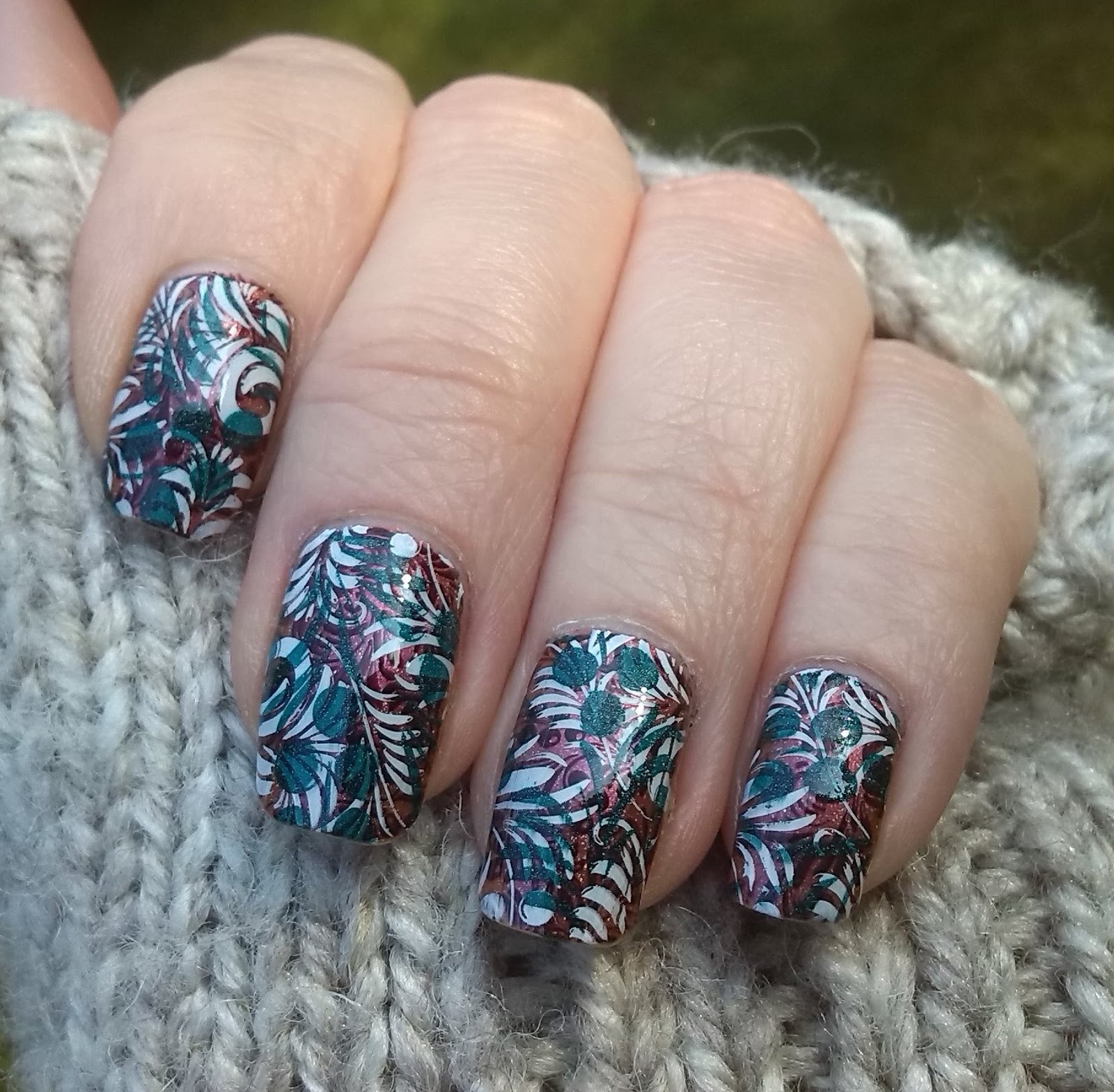