I had a bit of spare time so I thought I'd do a bit more stamping on today's mani.
I used the same plate, UC 1-01, again, and the same image but turned it round 90 degrees to get a sort of cross hatch effect. It worked well on my fingers but my thumb nails were just a bit too long. I used Essence Stampy 001 as I thought it would show up well over the neon pink.
Then, I used the same plate again, but chose a swirly leafy design that was quite open so plenty of the background would show, and A England Saint George which has stamped really nicely over the white.
So, we have 4 layers of stamping now, the original glitter is completely obscured but I now have a green leafy pattern set against a background of white and pink with tiny squares of A England Lancelot peeping through. I find this sort of layering fascinating, and it's quite fun to see how far I can go before it's just a mess! I think this is the time to stop on this one. 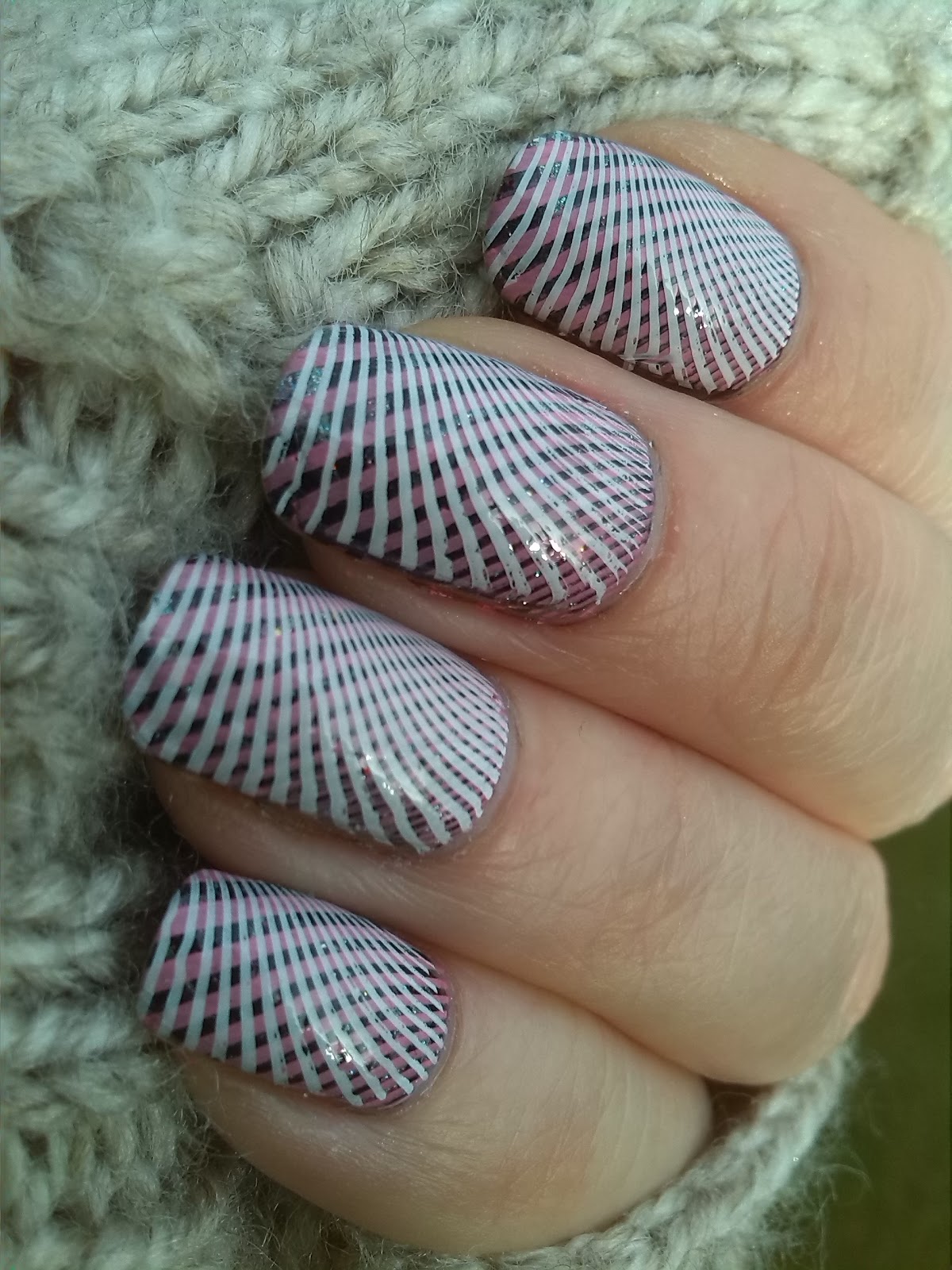 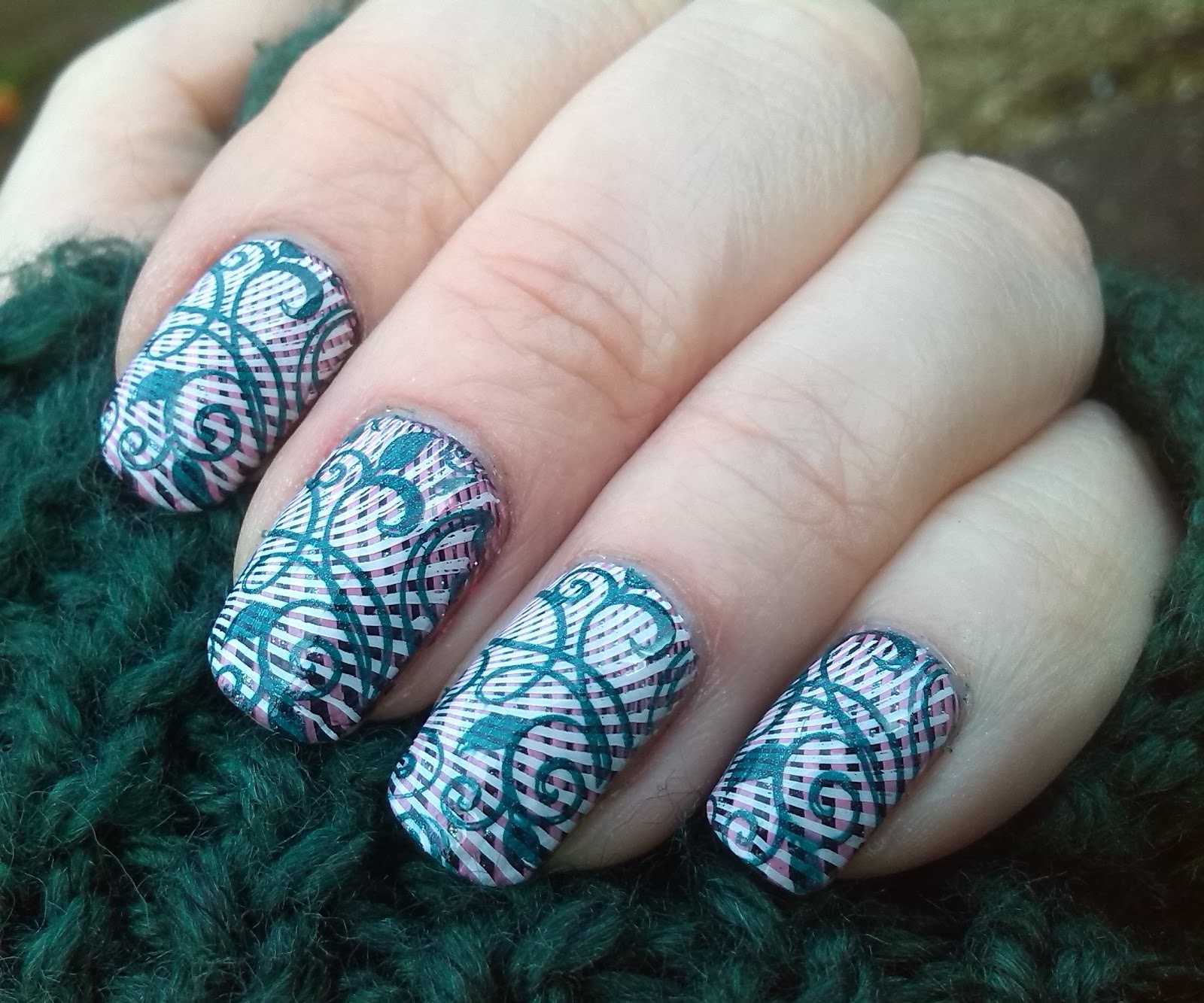 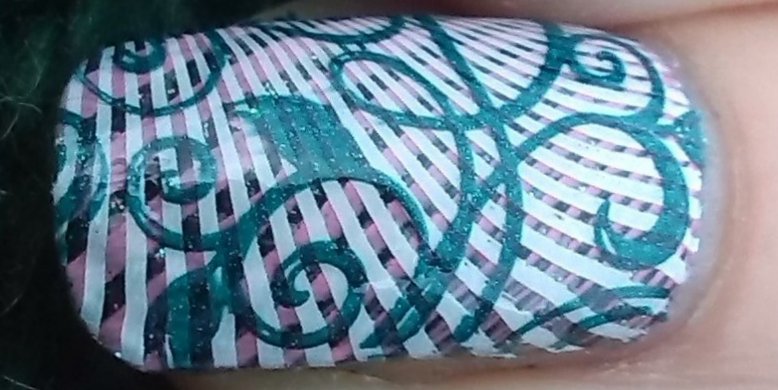