I have combined two #30daysofcolourchallenges today - neon for yesterday and pastel for today.
I have had this idea in my head for ages that I wanted to do a gradient and then stamp another gradient over it. Initially in my mind it would have been using the same colours but I have adapted it here so the base gradient is neon and the stamped gradient is pastel. It didn't quite work out how I'd hoped but they look pretty.
I started with a white base, and then I sponged the gradient of 2 China Glaze Electric Nights polishes, Treble Maker and Violet Vibes (there's me with  my green purple thing again) For 2 such different colours I think they went well together.
Then I did the pastel stamping choosing an image from Apipila Super Plate A. I used Virtuous Polishes Naomi and Queen Ester (ooh! green and purple again) and stamped them so that the teal green went over the purple, and the lilac went over the green. It is obviously not a pure gradient as I didn't really mix them that much but there is an element of blending when I look closely at the stamping. The polishes stamp beautifully but they dry really quickly so there's not much time for messing about.
I think this worked well, but from a distance it's like an optical illusion, the stamping looks blue! The clarity of the pictures is not great, the light was really odd today, but I'll certainly have another try at this with some different colours. 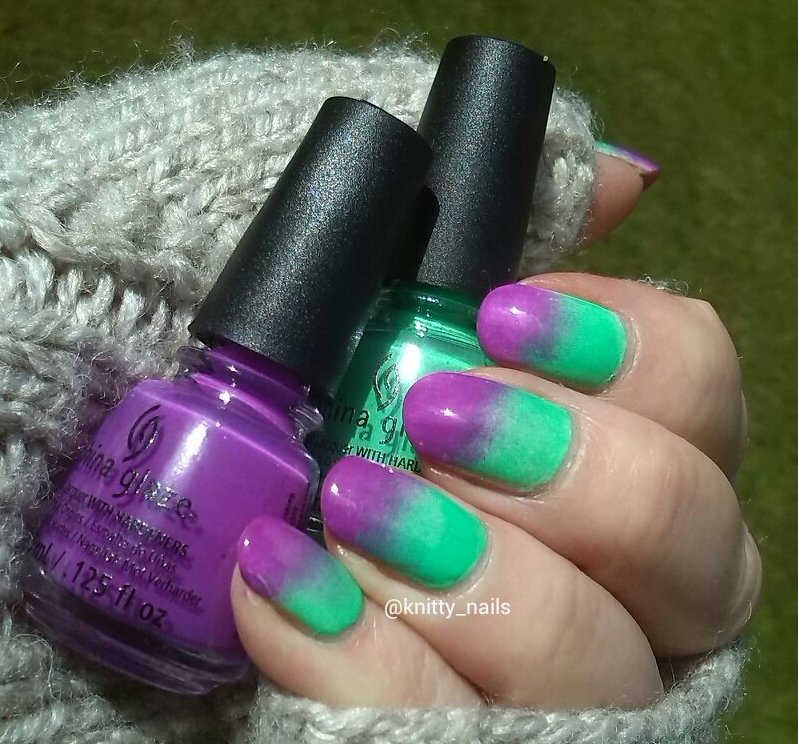 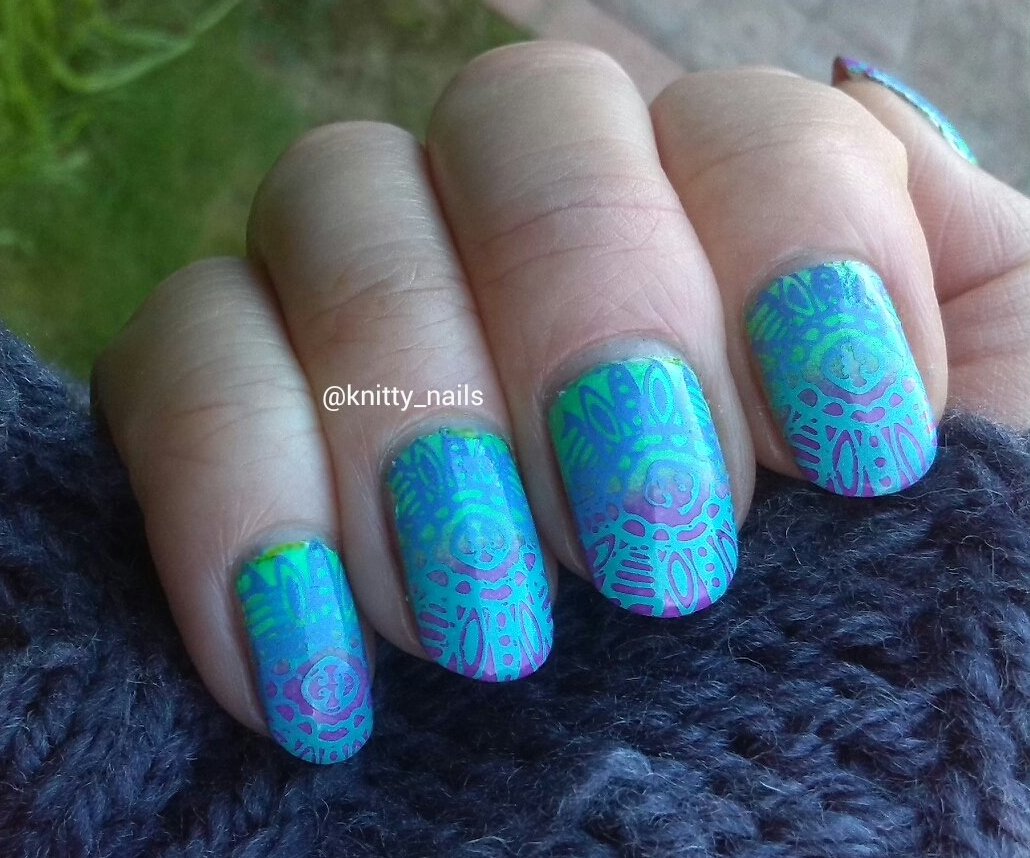 
An InLinkz Link-up
Posted by debbie jarman at 13:10