Today I am have done the #30daysofcolourchallnge which was yellow, and Claire's April challenge which was Black & White.
For yellow, I did not have a lot to chose from and only one untried, SV by Sparkly Vernis Gilded Lemon Drops. It is not completely untried as I stamped with it when I did my Solar Eclipse nails and it stamped really nicely.
Unsurprisingly, since I knew it stamped, this gave really good coverage and I almost stopped at one coat, but I went for two just be sure. This is a very pretty colour, very holo and not very yellow! I am not 100% sure about it against my skin tone, but I think it will combine nicely with other polishes.
Although I've swatched this as yellow, and it has Lemon in its name, I think I'll record this as neutral (especially as I don't like yellow and I do like this!)
The #clairestelle8april challenge was black and white but I decided to use the Gilded Lemon Drops as the base for this.
I used Essence Stampy 001 and Vivid Lacquer VL 036 for the first layer of stamping and then Essence Stampy 002 and the same plate for the 2nd layer. The images are the same but one is the reverse of the other and a different scale.
I am really pleased with the final mani - maybe it needed a little bit more black and white and it's a lot paler than I would normally wear but it's pretty. 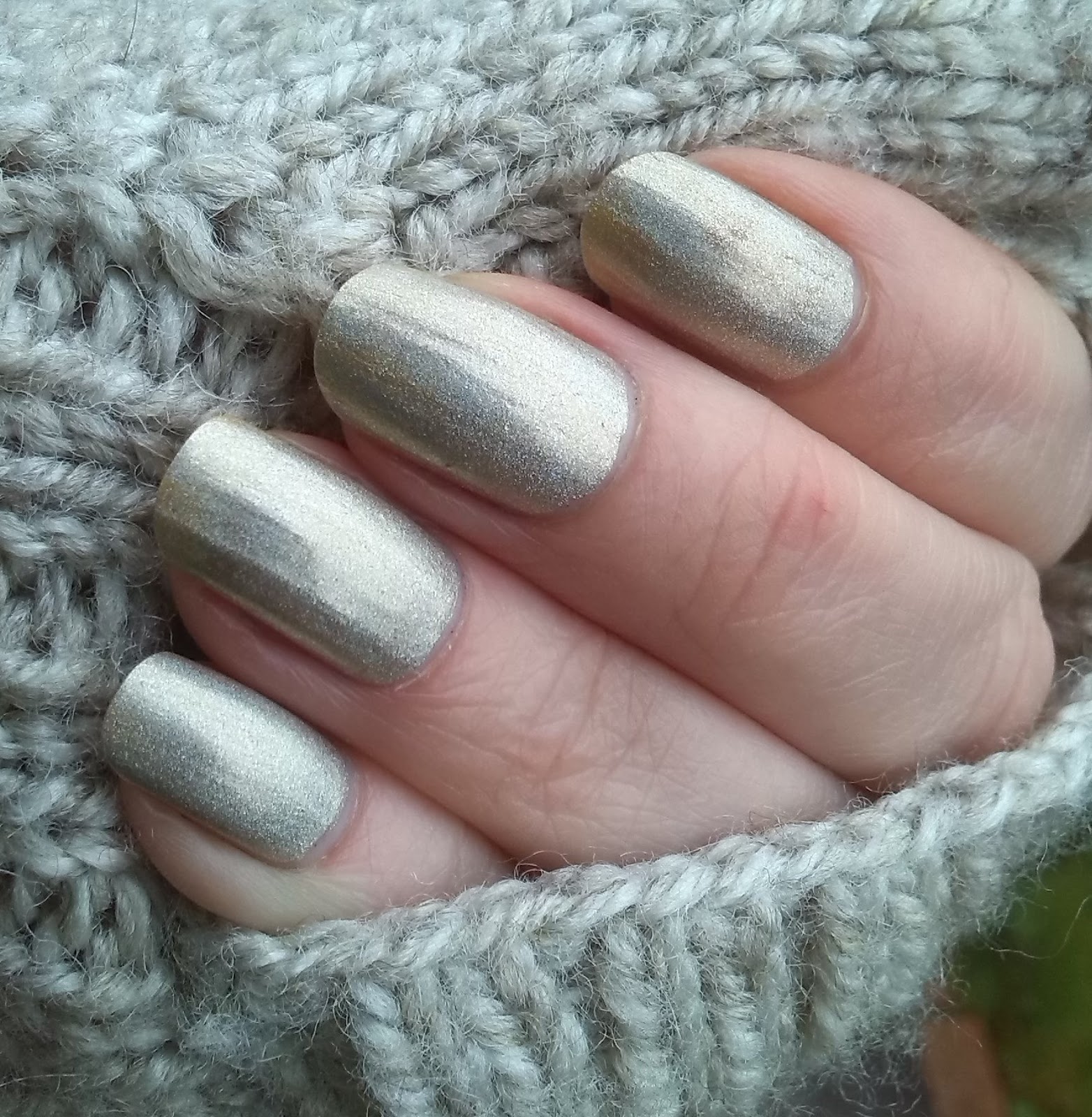 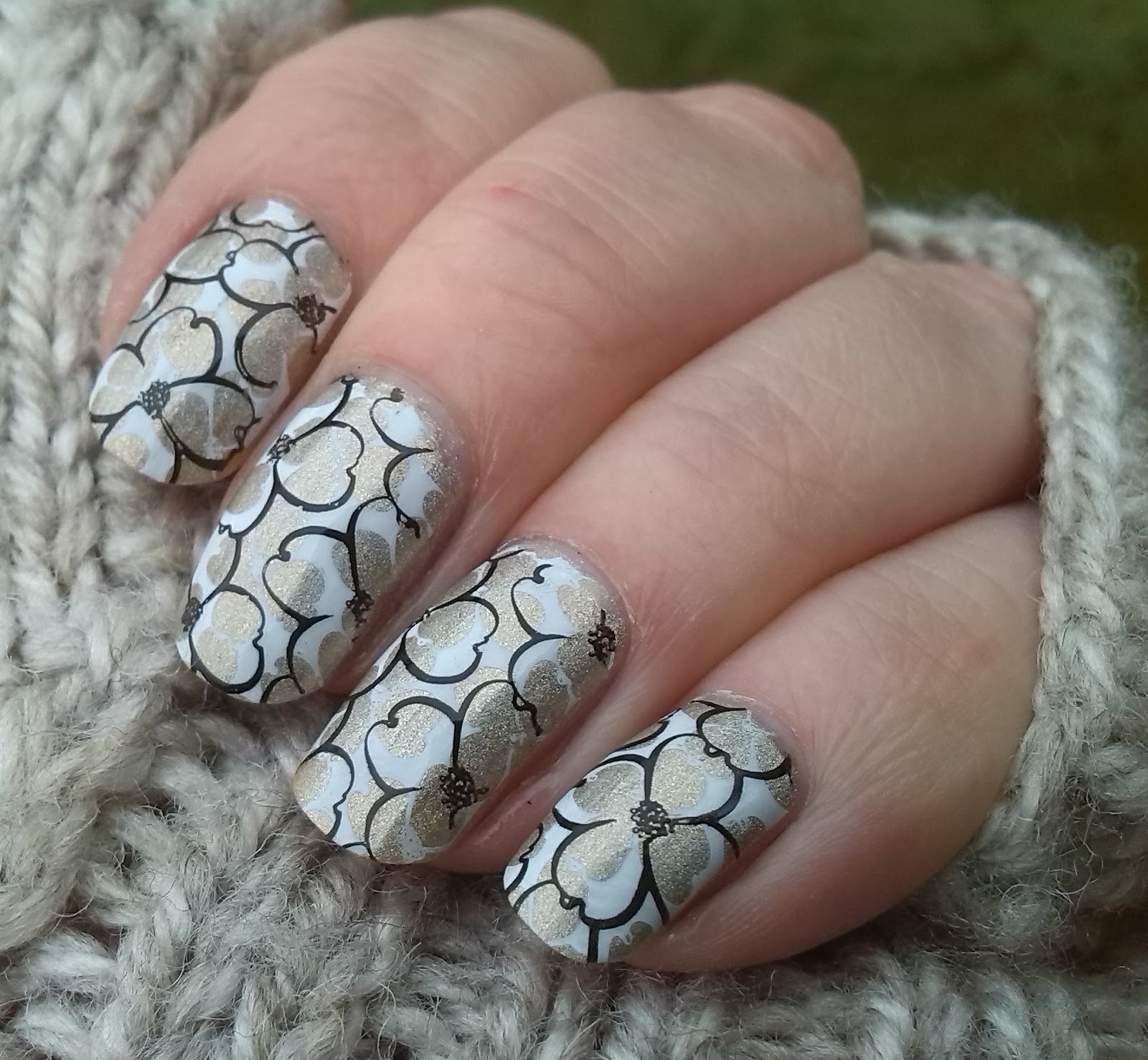 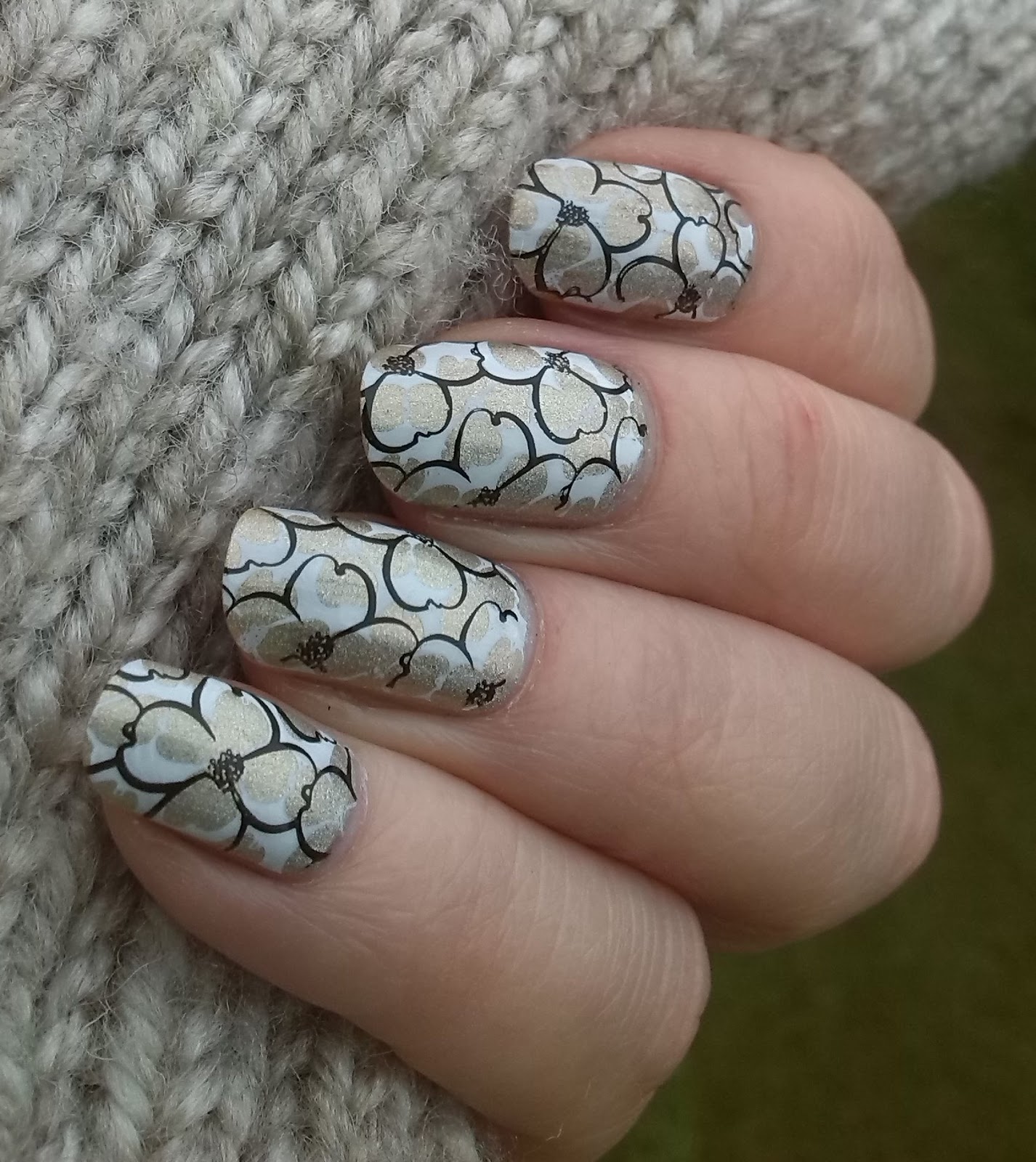 An InLinkz Link-up
Posted by debbie jarman at 06:05