Thursday again, so time for the 2nd A2Z challenge. Last weeks was such fun and it was great to see all the Angles manis. The prompt for this week is Bold.
Two things spring to mind when I think of bold. Firstly, where something stands out against its background, like letters or numbers or a pattern and then bold as in brave and courageous.
I decided I'd better do something brave, by my standards at least, and choose a mani that would stand out. On the whole, most of my manis are quite understated and even if I wear a bright, or loud colour, I would wear it as a block rather than with something contrasting.
I've just bought some nail vinyls from She Sells Seashells so I thought this would be a great opportunity to try them out, starting with the straight line stencils as I thought they'd be the easiest. And then, what colours to do? Inspiration struck whilst waiting for my daughter in Jack Wills.
I chose Nails Inc Power Pink as that in itself seems quite a bold choice (the name and the colour) and then the lovely dark Nails Inc Motcomb Street, as I felt that would be a good strong colour to wear against the pink. Power Pink does have a slight blueness to it, probably why I like it so much, so these colours don't really clash, but bold enough I think!
Well, did I say the stripes would be easy? Maybe not! The idea is simple, but I should probably have done a dry run. I never realized how curved my nails are in every direction until I tried to line stripes up so that they would be parallel, and how hard to place them so that the stripes would be equal! I got quicker at putting them on but apparently they work best with 1 coater polish, which makes sense. I'll use a polish that works for stamping next time I think. I did enjoy playing with them, and I will be trying again :)
The result is not quite the perfect image I had in my mind but I am pretty pleased with them and they do look bold ! 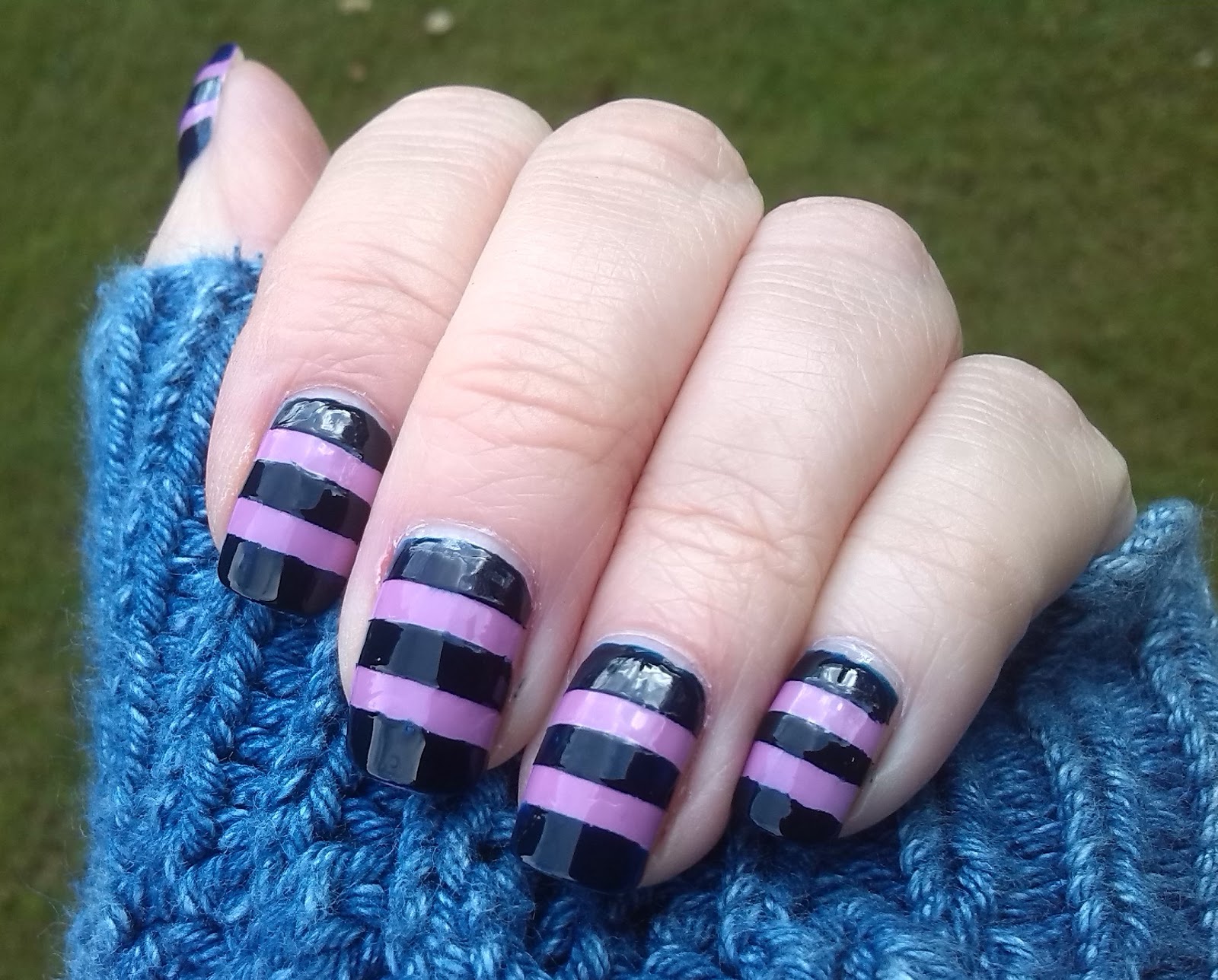 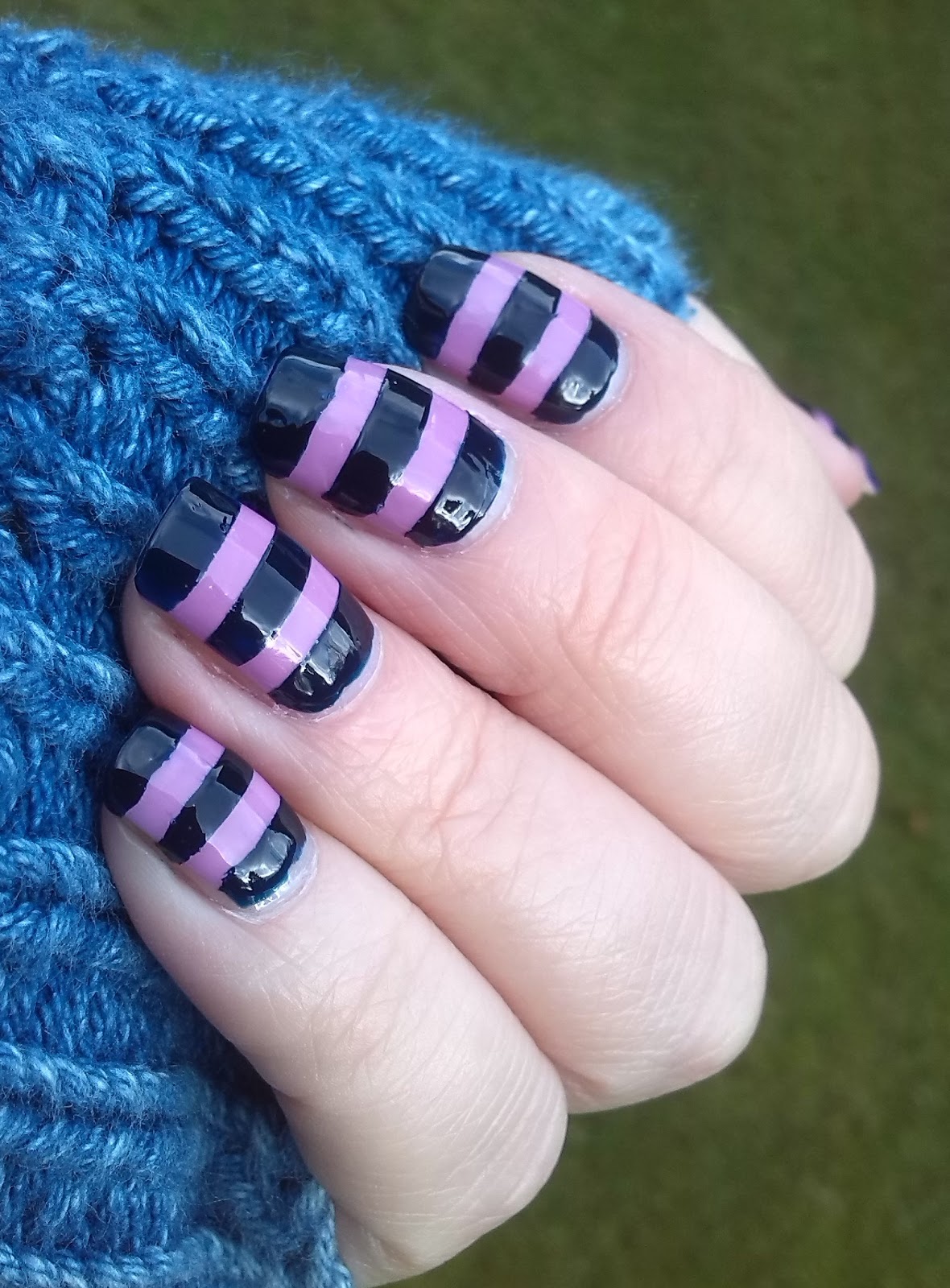 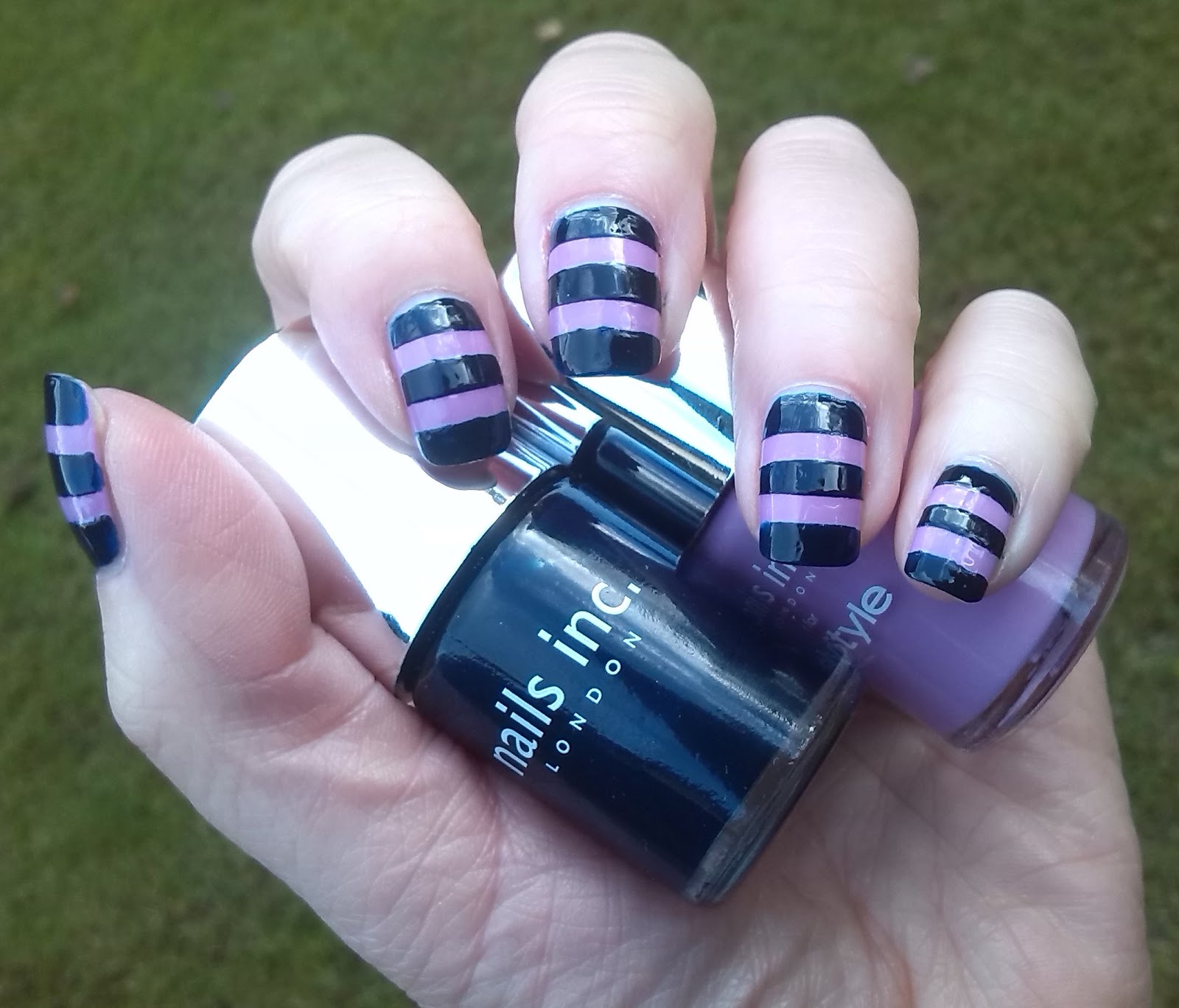 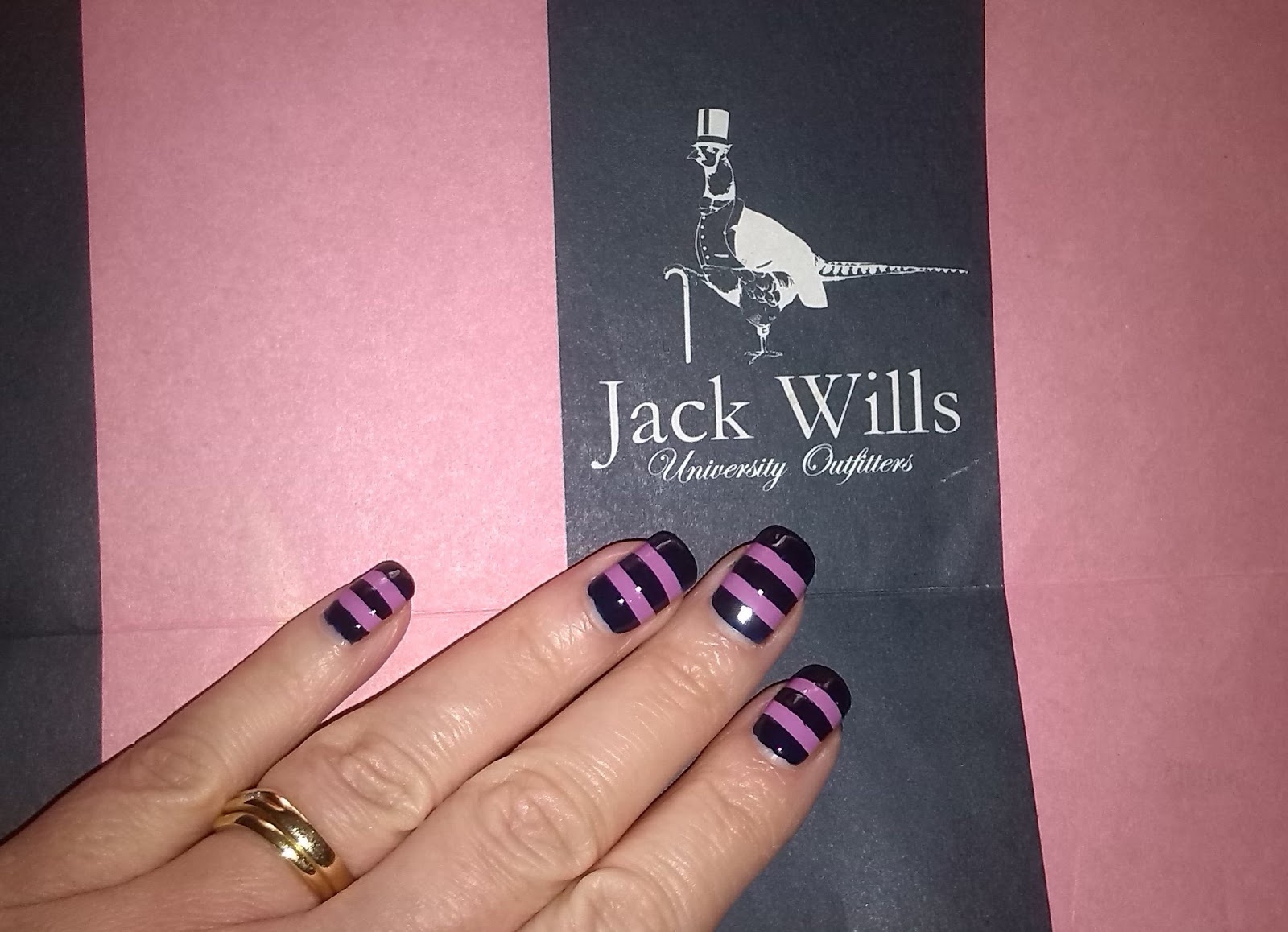 Look HERE to see what everyone else got up to - I can't wait to all the others, and click on the InLinkz too.

An InLinkz Link-up
Posted by debbie jarman at 23:29