Today's nails have been a bit of nightmare. I bought this I Hate You Beasty by Black Cat Lacquer a while back. It is a thermal glittery polish, which sounded lovely. I tested it when it first arrived and could not get any sort of colour change but it was the summer time and I wondered if it was just that my hands were too warm, so I put away to try in the winter. I tried it again in December but still no better and the formula seemed a bit odd, so today I gave it its 3rd and final chance. I know it's a risk with thermals that they won't work forever, but I had at least hoped for a pretty polish.
I painted my nails with 2 coats of OPI Pink Nail Envy as these thermals tend to go pretty sheer in their warm state. I then added my first coat of the Beasty .It seemed quite dusty, it's difficult to describe and it looks a bit brownish in the bottle. I also found with it being quite sheer it was hard to get a streak free finish. I added a 2nd coat and managed to get a reasonably consistent finish, and then I top coated it.
Well it's quite pretty, packed with glitter and the colour is a dark dusky pink, like a crushed raspberry sort of shade, but there is that dustiness that I saw when I applied it. To be fair it is not visible on the pictures, and if I hadn't decided to stamp over it, I may have worn it for longer. It absolutely refused to change colour though. The glitter also had a pretty rough finish, I should have added a 2nd layer of top coat - the end result was pretty disastrous when I stamped over it. The stamping went well but I used a foil-like polish and the texture showed through so it's all gone now :(
I think this polish will be stashed away in the "pretty but too much effort" box! 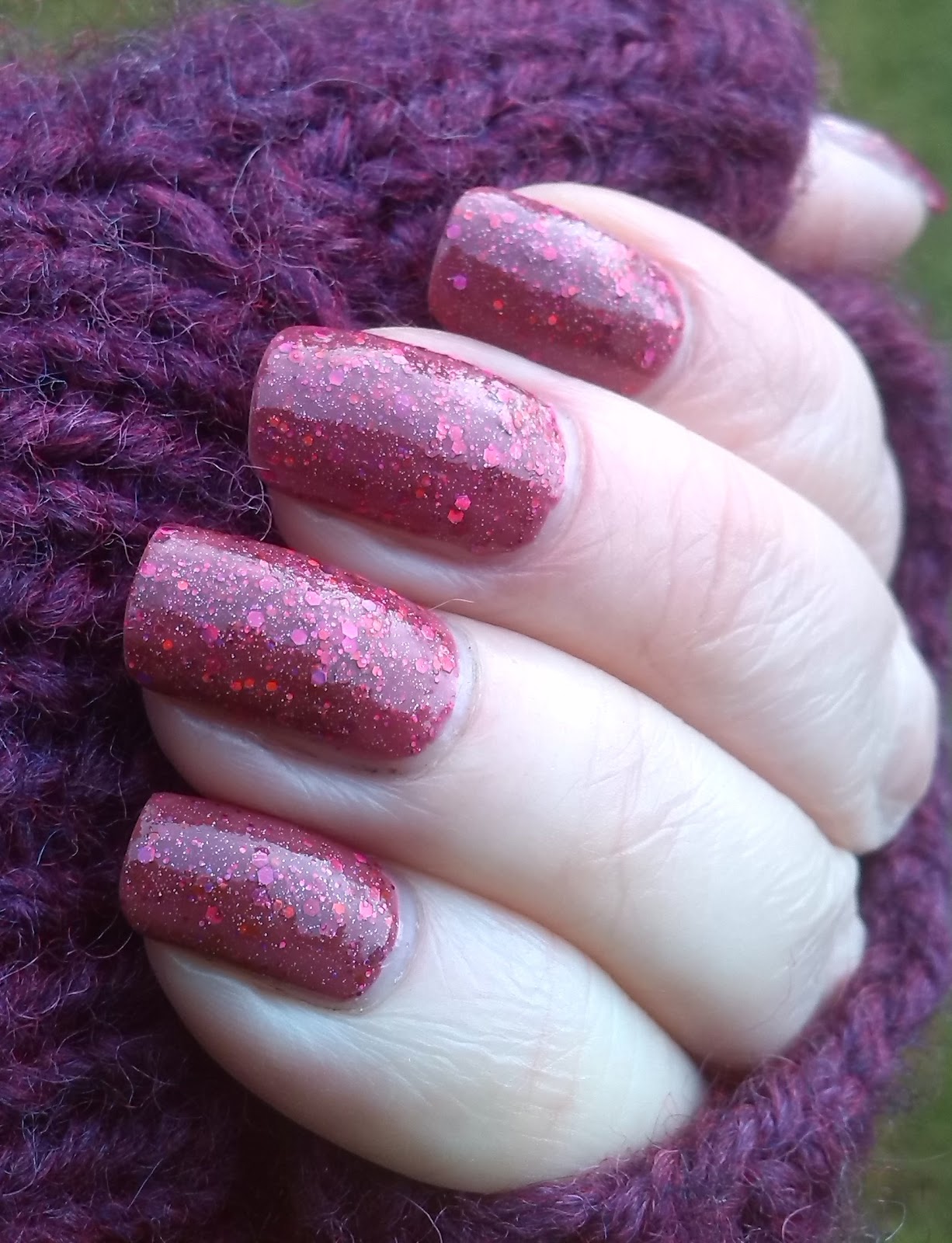 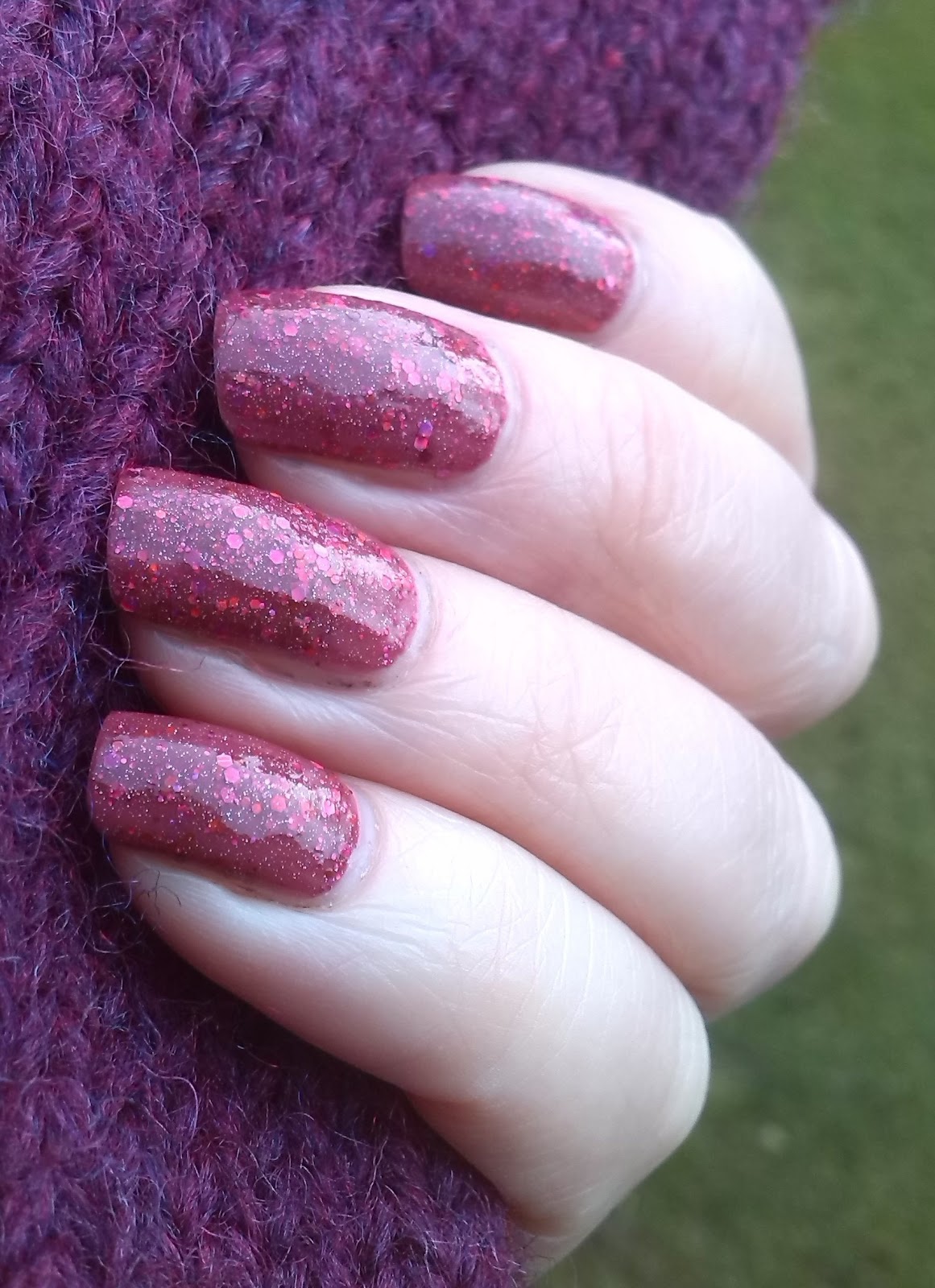 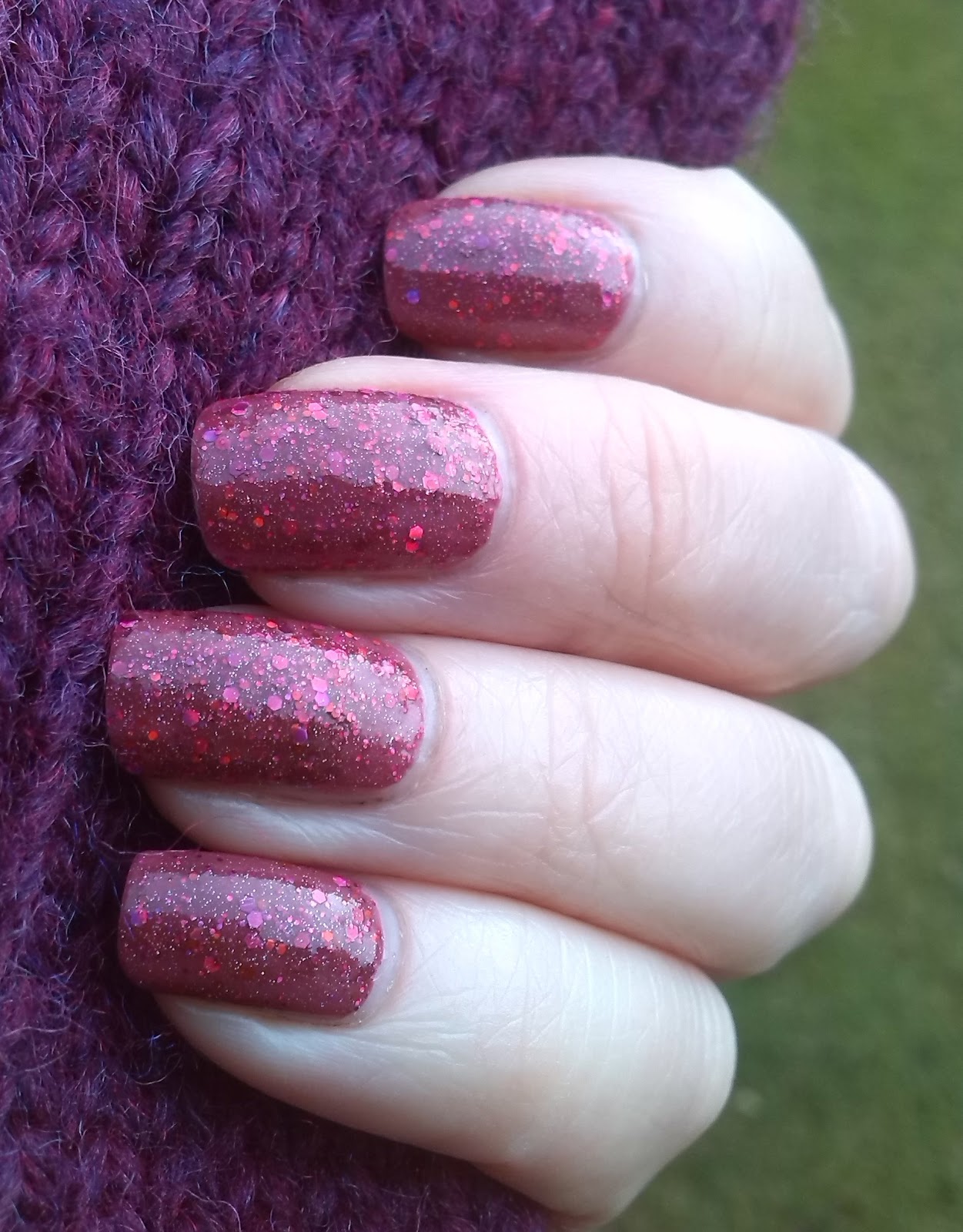 Email ThisBlogThis!Share to TwitterShare to FacebookShare to Pinterest
Labels: Black Cat Lacquer I Hate You Beasty