Stamping! FUN14 and a voyage of discovery with leadlighting

I keep seeing leadlight manis and although I have used some leadlight plates, and tried some of the techniques I haven't really done a proper leadlight mani.
I thought I would try the tulip image on the Fab Ur Nails FUN14 plate. I was all set to paint my nails white, stamp in black and then colour the image, but for some reason I decided to switch plans and start with a black base. I figured if  stamped in white I could still use leadlighting techniques to colour the outlines.
I started with a base of Nails Inc Kate Spade New York Noir, and stamped the image using Essence Stampy 001. I think they look quite sweet but a bit abstract, and I was hoping that by adding some colour the image would look better, ie. green stalks, red flowers.
I decided to try the two Sally Hansen Triple Shines that I managed to find in Poundland, but they were just too sheer. They would probably have been fine if I had stamped black on white and had a larger image to colour.
I was about to give up and resort to Sharpies but I thought maybe I should try some other options. I tried mixing ordinary polish with top coat on a plastic mat but they were too sticky and dried too quickly and then I had the bright idea of adding the ordinary polishes to the Triple Shines. I added a drop of Nails Inc Kate Spade Big Apple Red to Sally Hansen Jell-ous, and a drop of Nails Inc Queen Victoria Street to Sally Hansen Sea-Through and mixed them on the plastic mat. Relative success at last but boy it takes an age to colour in using the dotting tool! and even longer on the other hand as my left hand is really shaky as soon as it is required to do anything detailed. I rather hoped the untidy colouring would look cool, like a water colour but not so sure now. I also think I may have added too much colour.
Anyway, here is the end result, not a major success, but another learning experience - I am determined to master this!
The pictures aren't great either as it was dark by the time I'd finished! 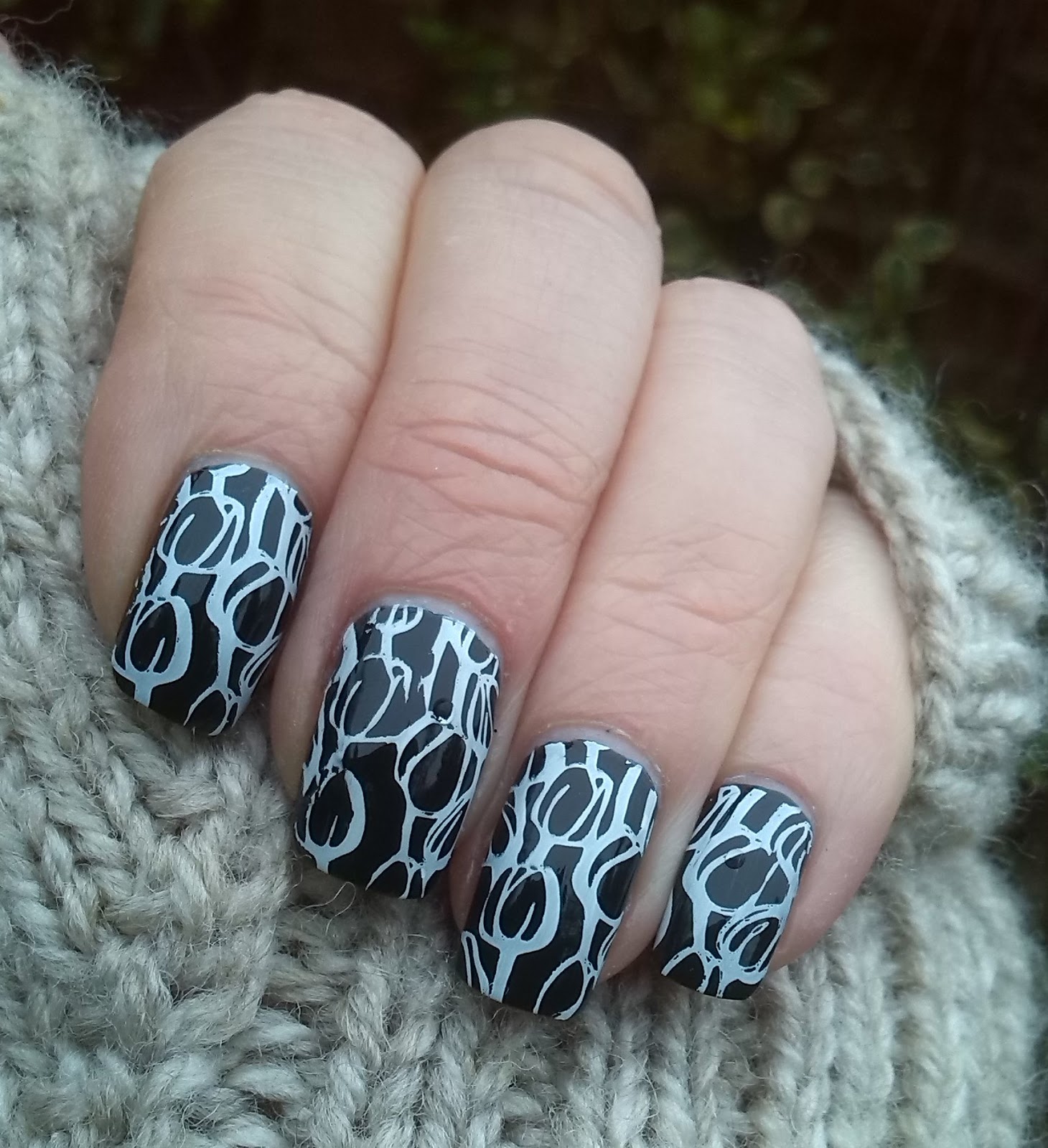 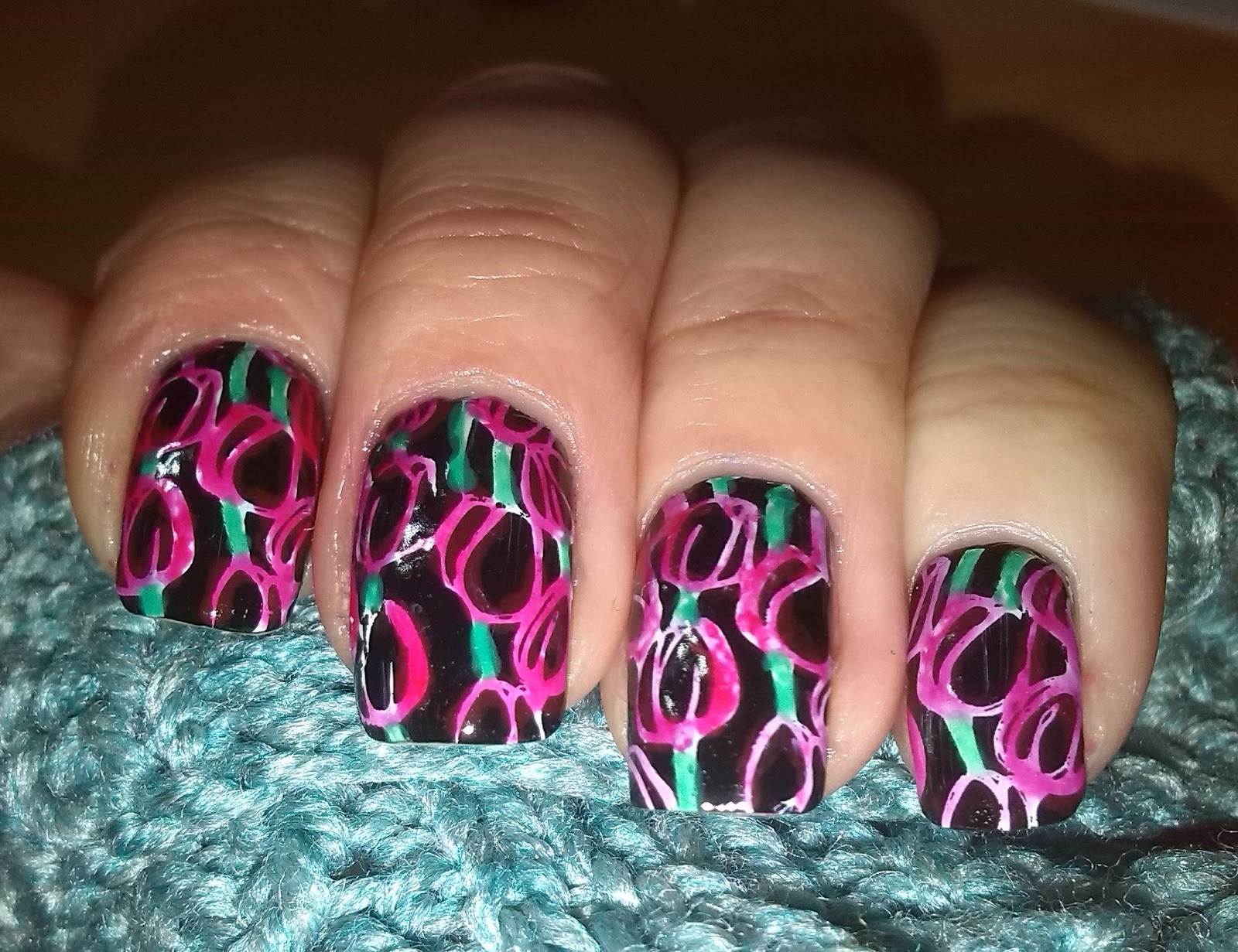