As promised, here's what happened when I tried stamping over my watercolour mani.
I had a new plate to try but after over an hour of unsuccessful attempts on paper I gave up on that plate and went back to one I'd used before, Moyou London's Mother Nature Collection, number 11.
I only wanted one flower for each nail, so after faffing around cleaning images off the stamper before stamping, and cleaning excess stamping off my nails, I ending up creating a small mask with a piece of paper. I laid this over the plate after scraping and then only picked up the rose in the very corner. This worked well, and I was quite pleased with my efforts. I had seen someone use a mask on their nail to stamp only in one area so it was similar idea.
I did do one nail fully stamped, just to see how well it worked too, but just have 1 flower and a few stray bits on all the other nails.
I had been thinking to stick with Nails Inc, but my pink was too pale and wouldn't stamp so I went with Kiko 402 Jewel Pink. The end result was obviously no longer remotely like Monet Waterlilies, and I felt it still needed something. I'd rather run out steam for stamping leaves so I just used a dotting tool and Nails Inc Queen Victoria Street for a few leaves.
I think they look a bit Cath Kidston, my husband and son said they looked like Roses Chocolates :)
My nail art and stamping efforts are a bit hit and miss, but I am learning quite a bit, having fun and I do like what I ended up with here.
I've included pics of both hands for once, having done the full nail stamping on the other hand in case it was a complete disaster!! 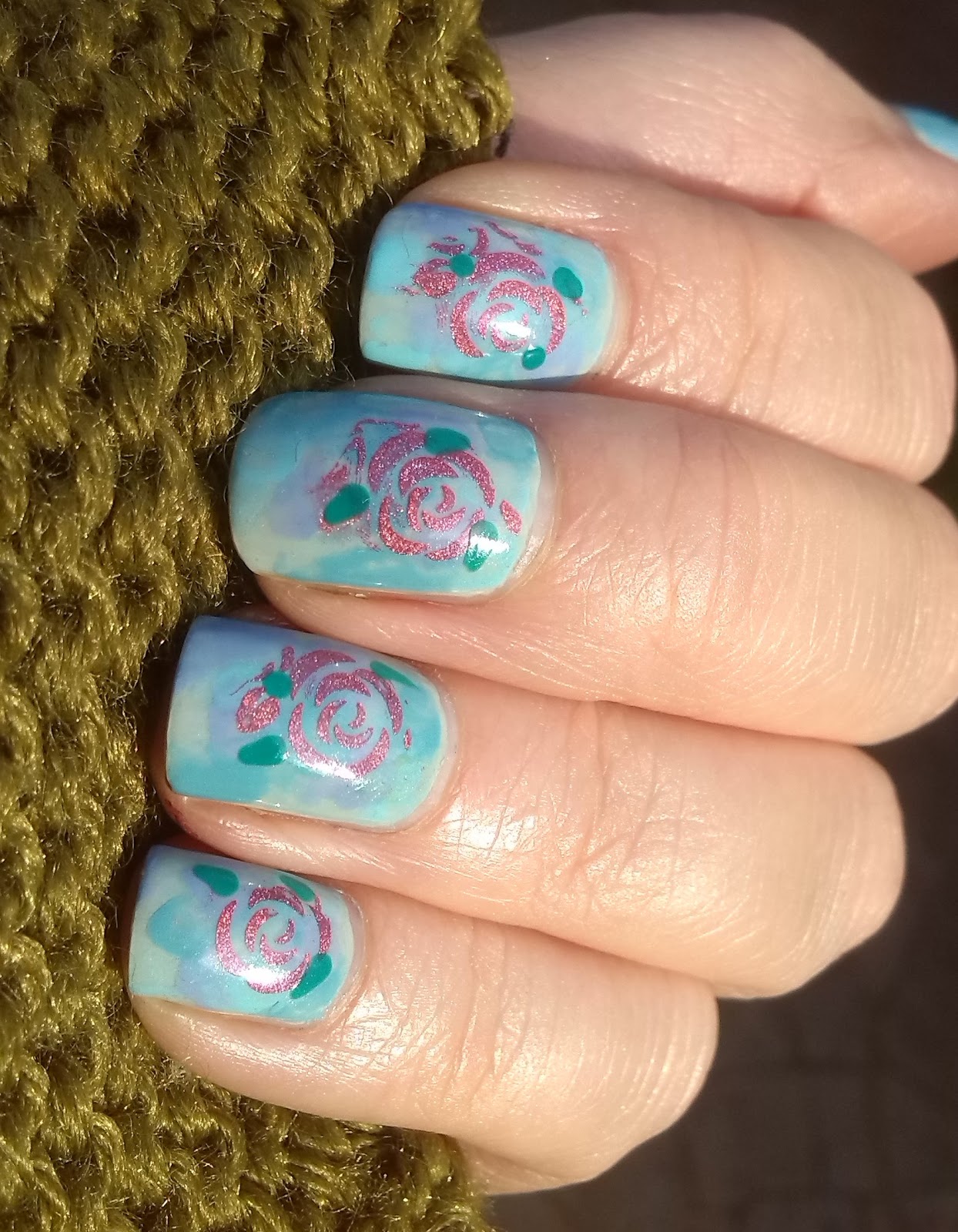 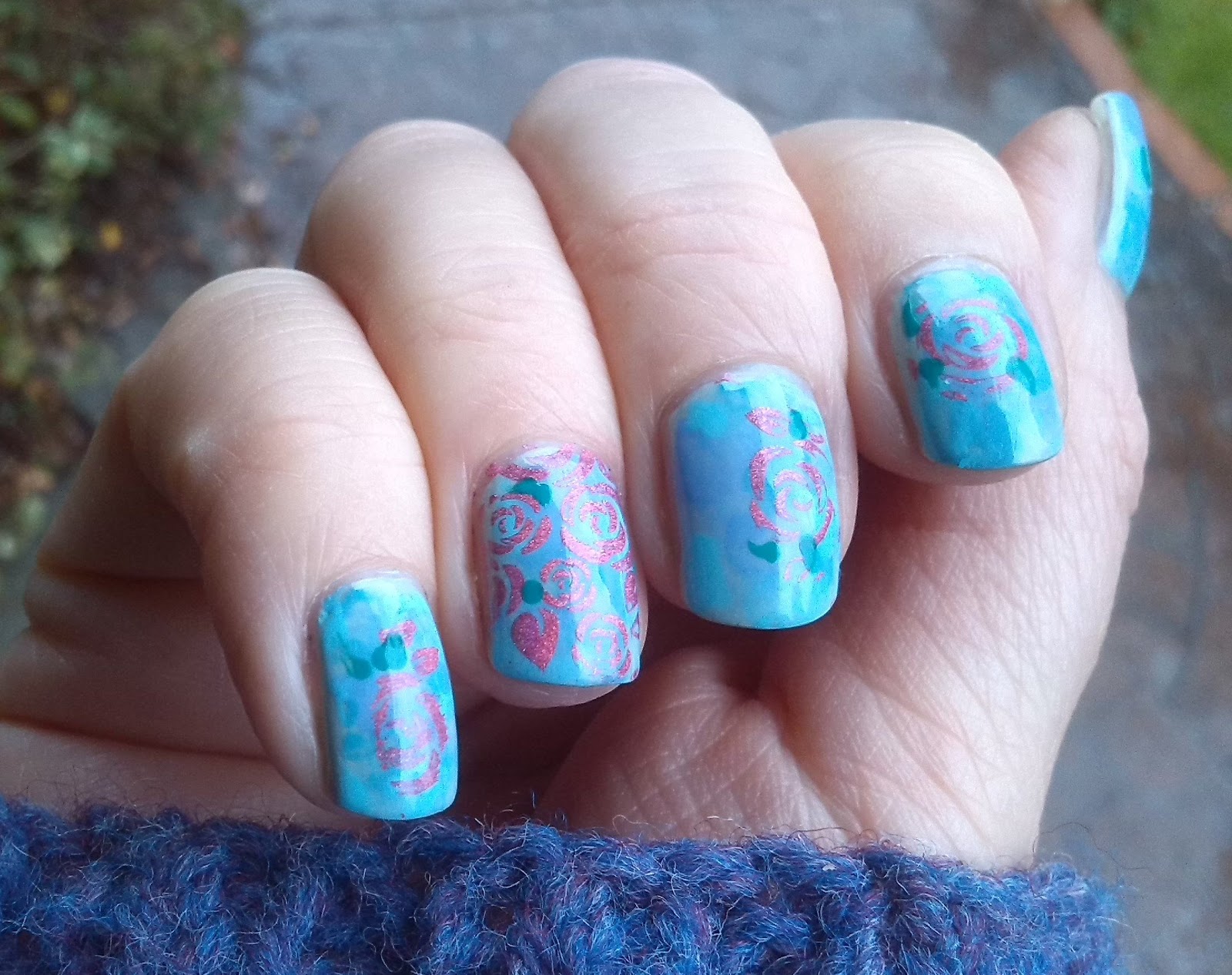 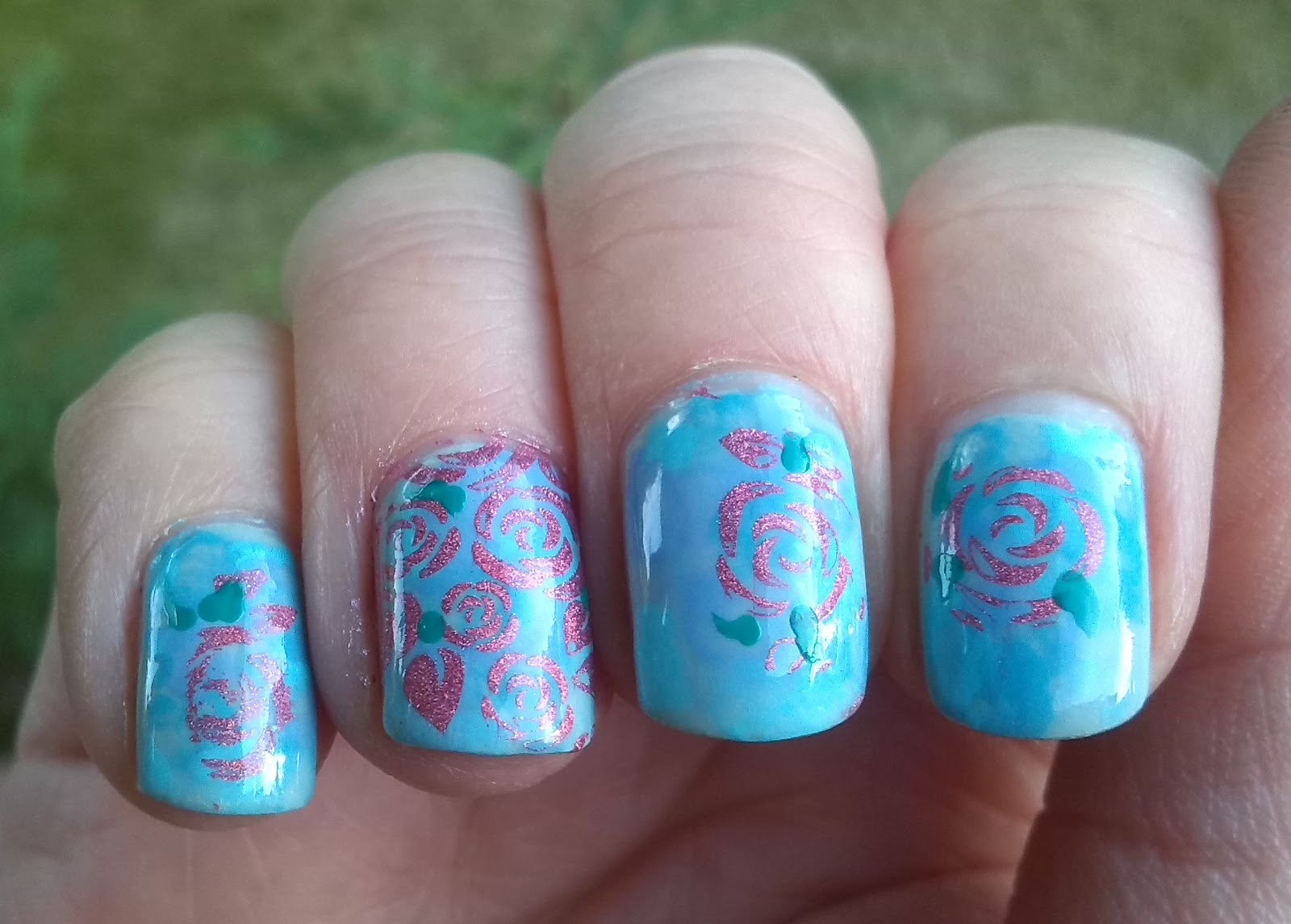