As I mentioned on my last post, my previous mani was intended as a base for nail art. This is what I did with it...
I think I mentioned I had joined a group run by Debbie from The Crumpet, to learn some basic nail art. There are week by week tutorials to follow, but I joined late so I am catching up, mainly with the ones that interest me most. Last week I decided to try the watercolour mani.
I chose greens and blues, and at the back of my mind was something very pretty like Monet's Waterlilies. A quick check of Google showed that the colours were nothing like Monet's but never mind!!
I had the soft green base of Nails Inc Holland Park Gardens, and the other 3 colours I chose were also Nails Inc, mainly because I have polishes in the colours I wanted to use, rather than any specific desire not to mix brands. I chose Bluebell, a slightly lilacy blue, Royal Botanical Gardens and St James Square, 2 very pretty tealy pastel shades, St James Square being bluer and a touch darker.
I followed Debbie's tutorial and this is what happened.
I couldn't quite decide when I'd finished whether its looked really good or a complete mess, but comments I received were mostly positive, and actually it really grew on me. Initially I had intended to do some stamping on top straight way but I decided to wear it on its own for a coupe of days and then I was too worried about spoiling it. The stamping bit will now get a separate post. 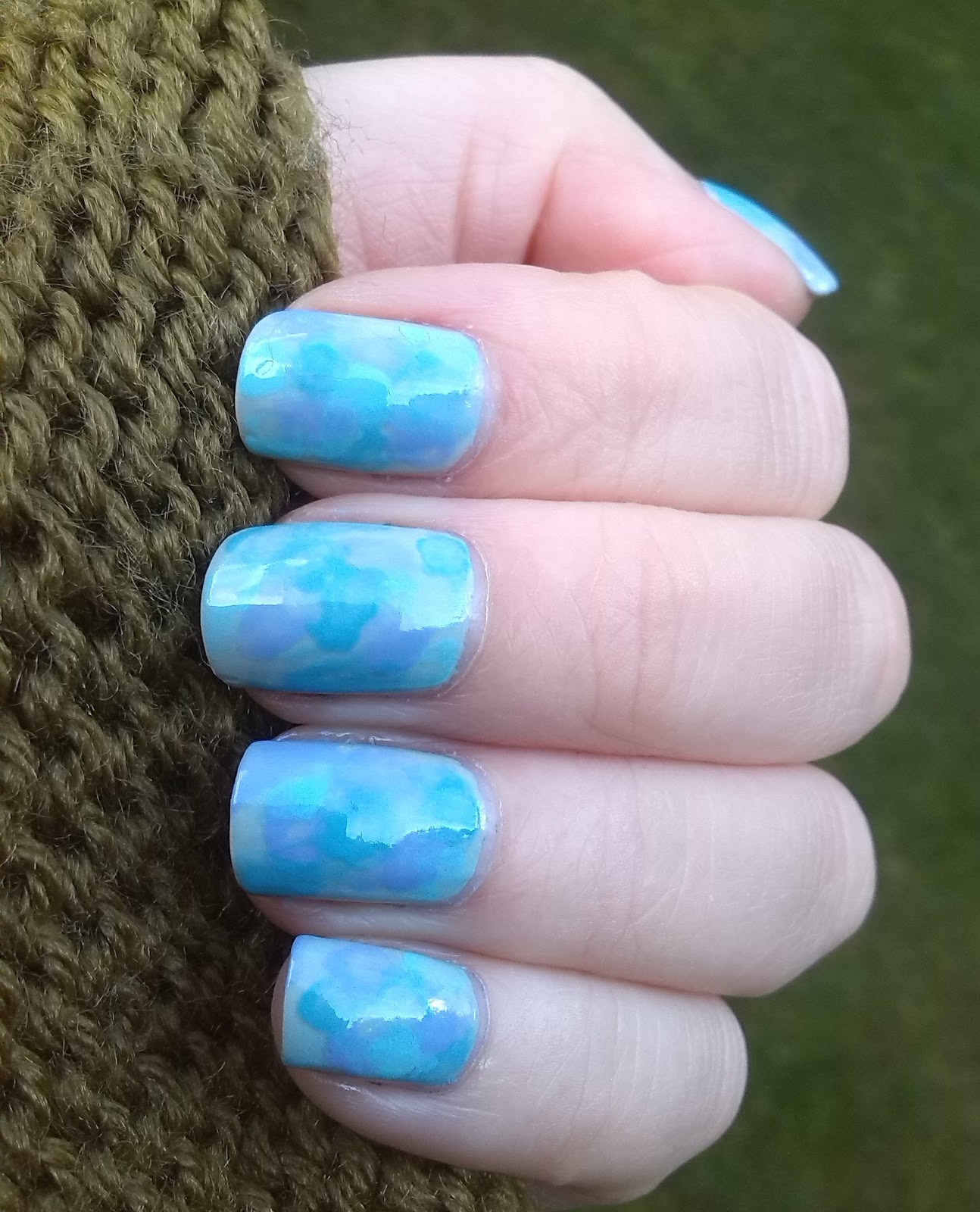 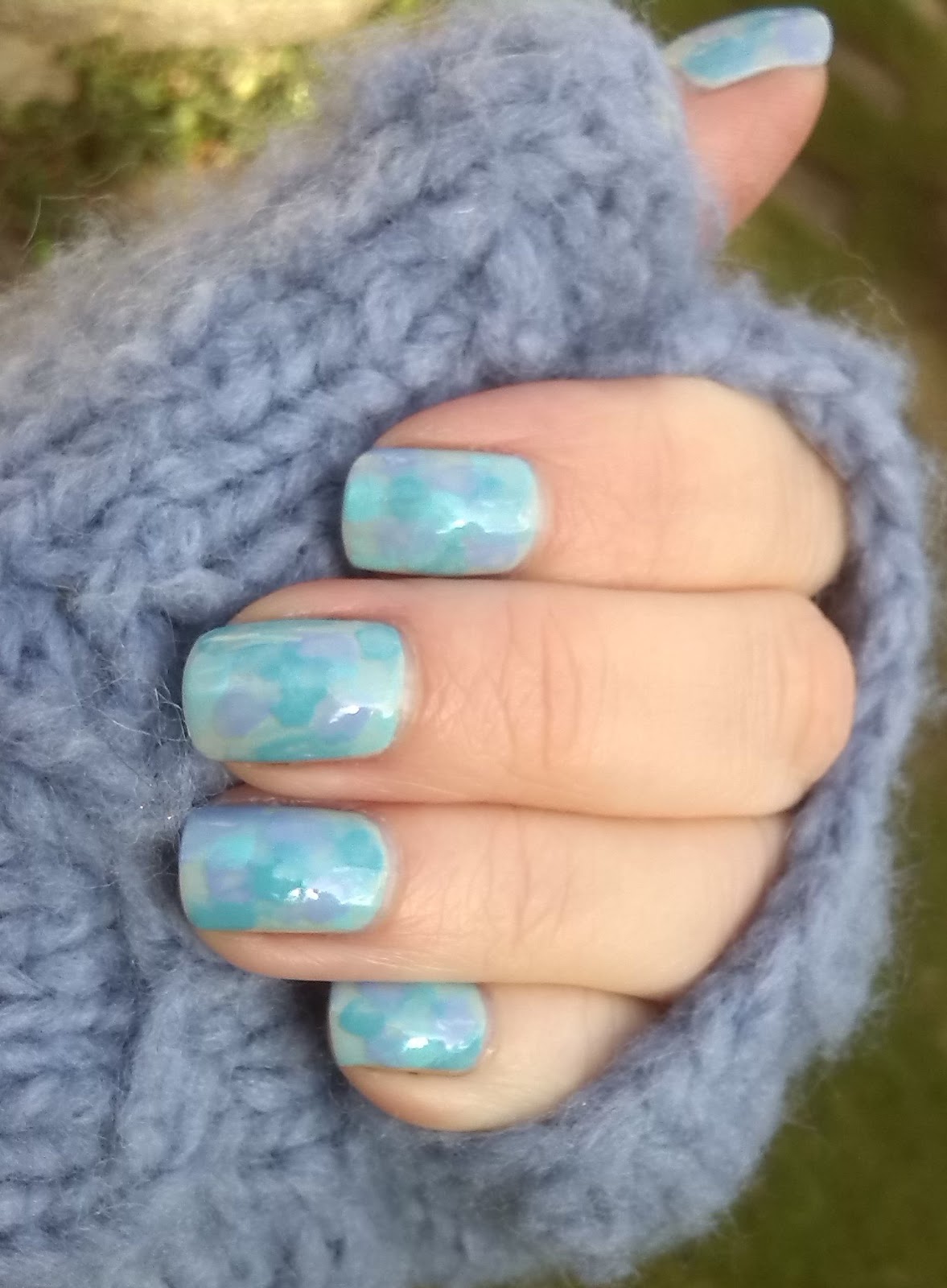 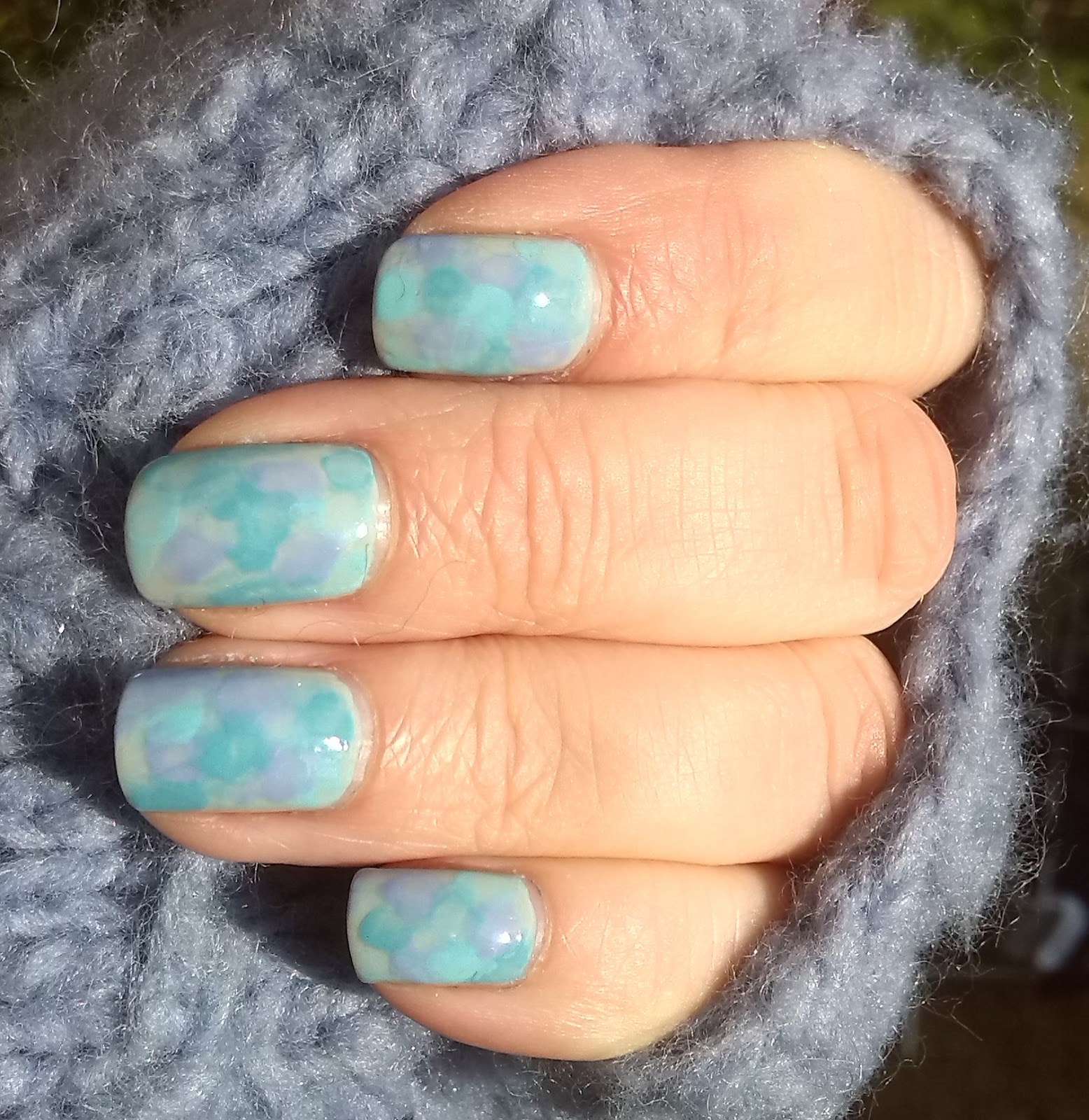 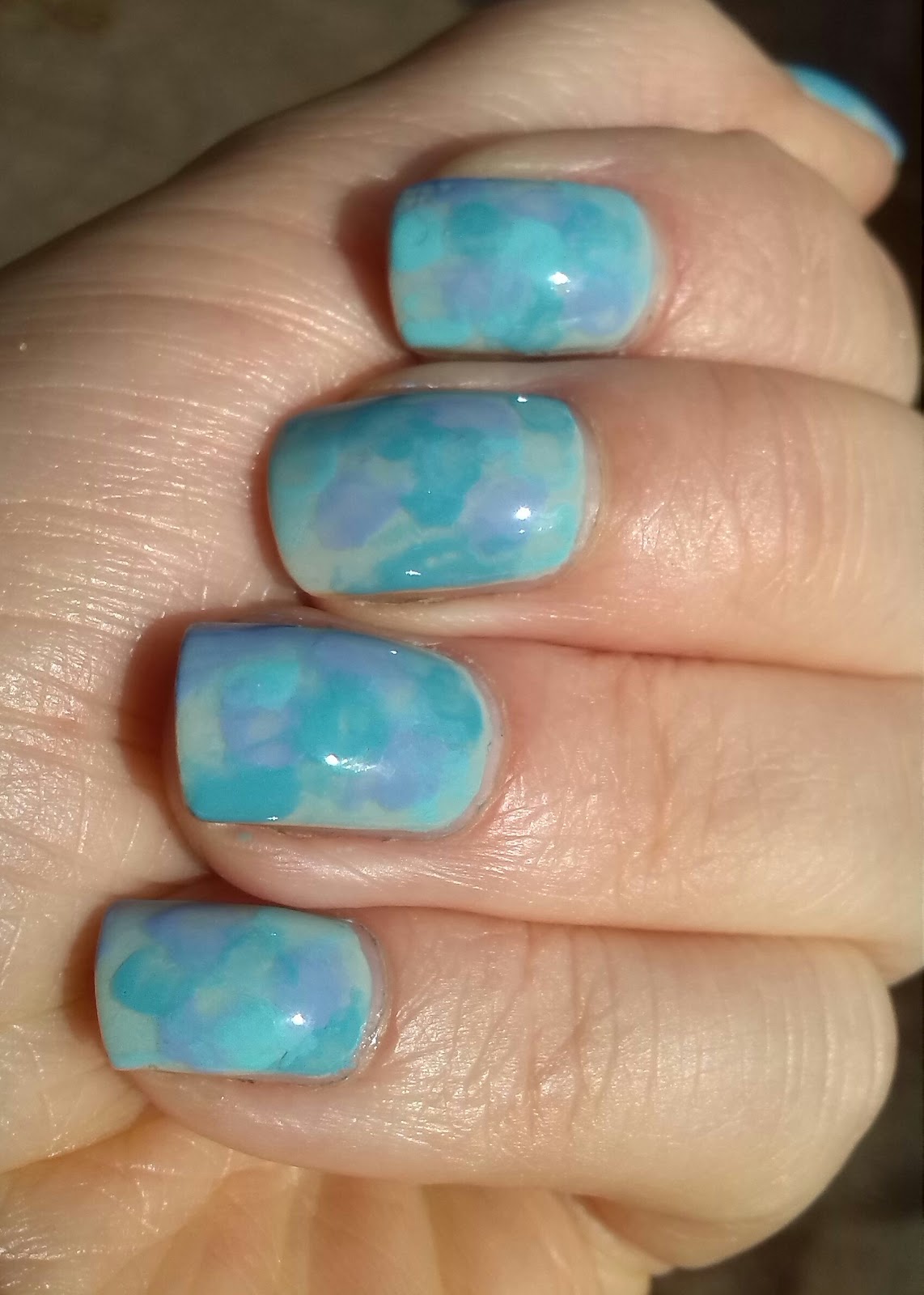 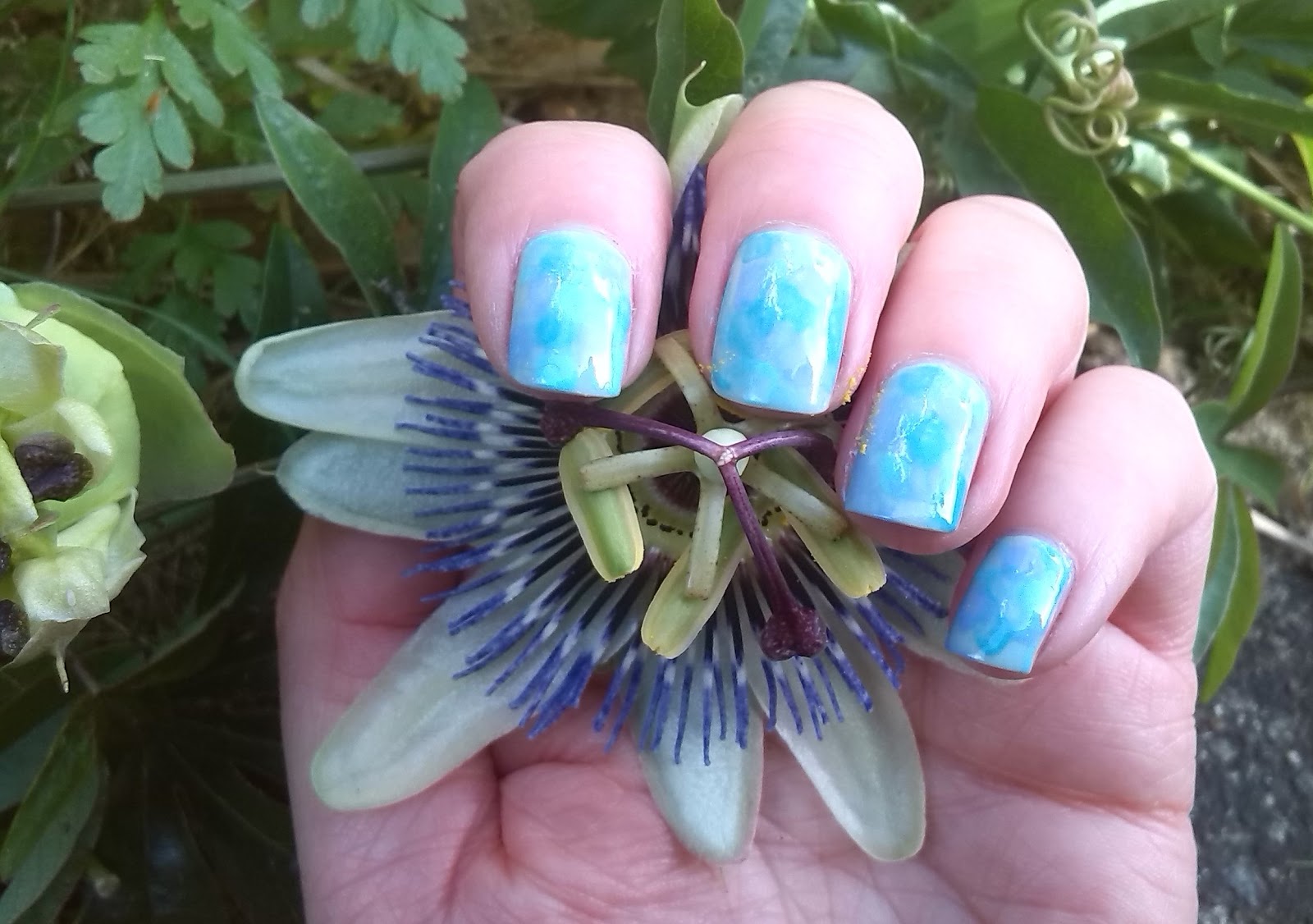