Saran wrap mani with Above the Curve Slitheen and TarasTalons Smile

I first saw a saran wrap mani some time ago and thought how pretty it looked, and to be quite honest having decided it was a bit too complex for me, I then promptly forgot about it. However, there I was last week, watching The Crumpet's tutorial videos and I spotted one for the saran wrap.
I watched it a couple of times, and decided that yes, I could probably try that, so that is what I did today.
I had been wearing the very gorgeous Above the Curve Slitheen, and I didn't really want to take it off yet, but equally, having decided I was going to do a saran wrap mani, I wanted to get on and try it, so I thought long and hard about what I might use. I didn't want too much of a contrast for my first attempt, but obviously it needed to be apparent that something had been applied. Thinking about the warm golden glow that I could see in Slitheen, made me think that maybe gold would be a gold colour to try, but I did think it would be nice to use another holo rather than a metallic polish, and then I remembered TarasTalons Smile which I received in one of the Holohands subscriptions.
To be fair, when this arrived it was not love at first sight, I don't really like gold as a nail colour, but as it's quite a soft, almost nude gold it was allowed to sit and wait in the untried box.
As it turned out I think it went really well with Slitheen, the shimmers and holos worked well together, and I am really pleased with the result. It's quite a subtle look, but I am OK with that and I think it looks really autumnal.
What I am even more pleased about was how easy it was to achieve this look, not at all messy and now I want to try it again, maybe be a little braver with my colour choices!
Lots of pictures... this tells you I was so chuffed with this mani, I kept taking more! 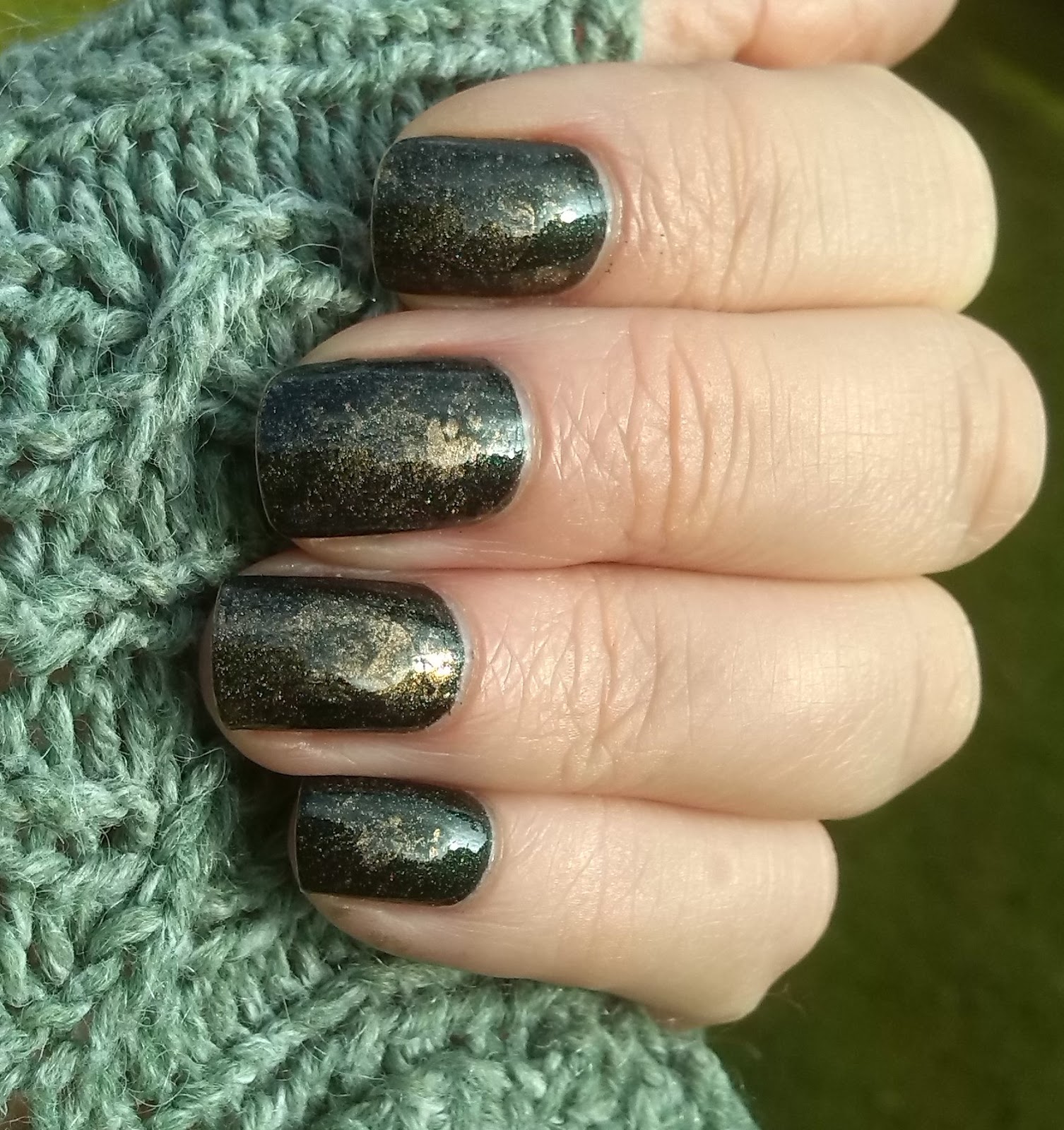 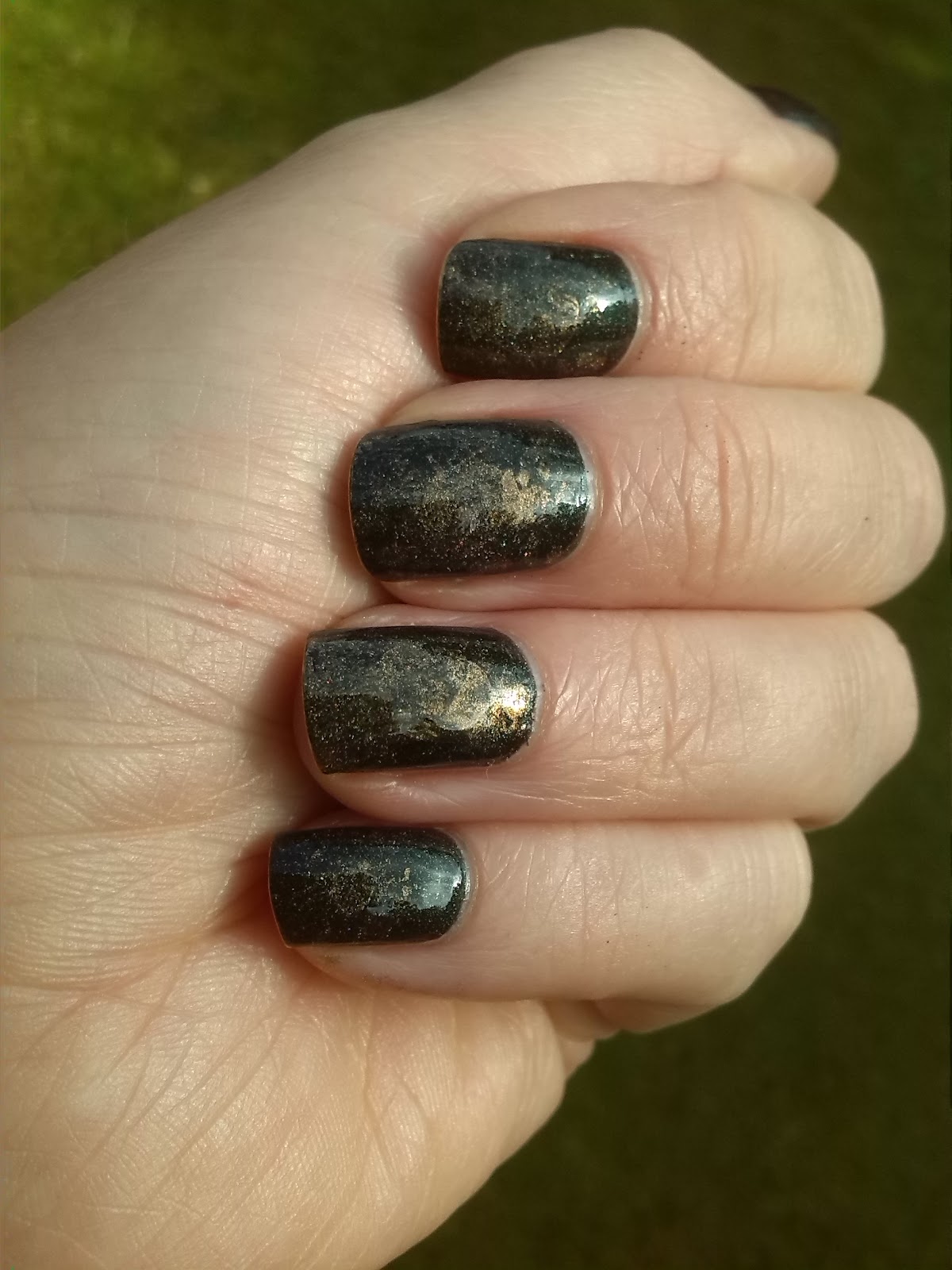 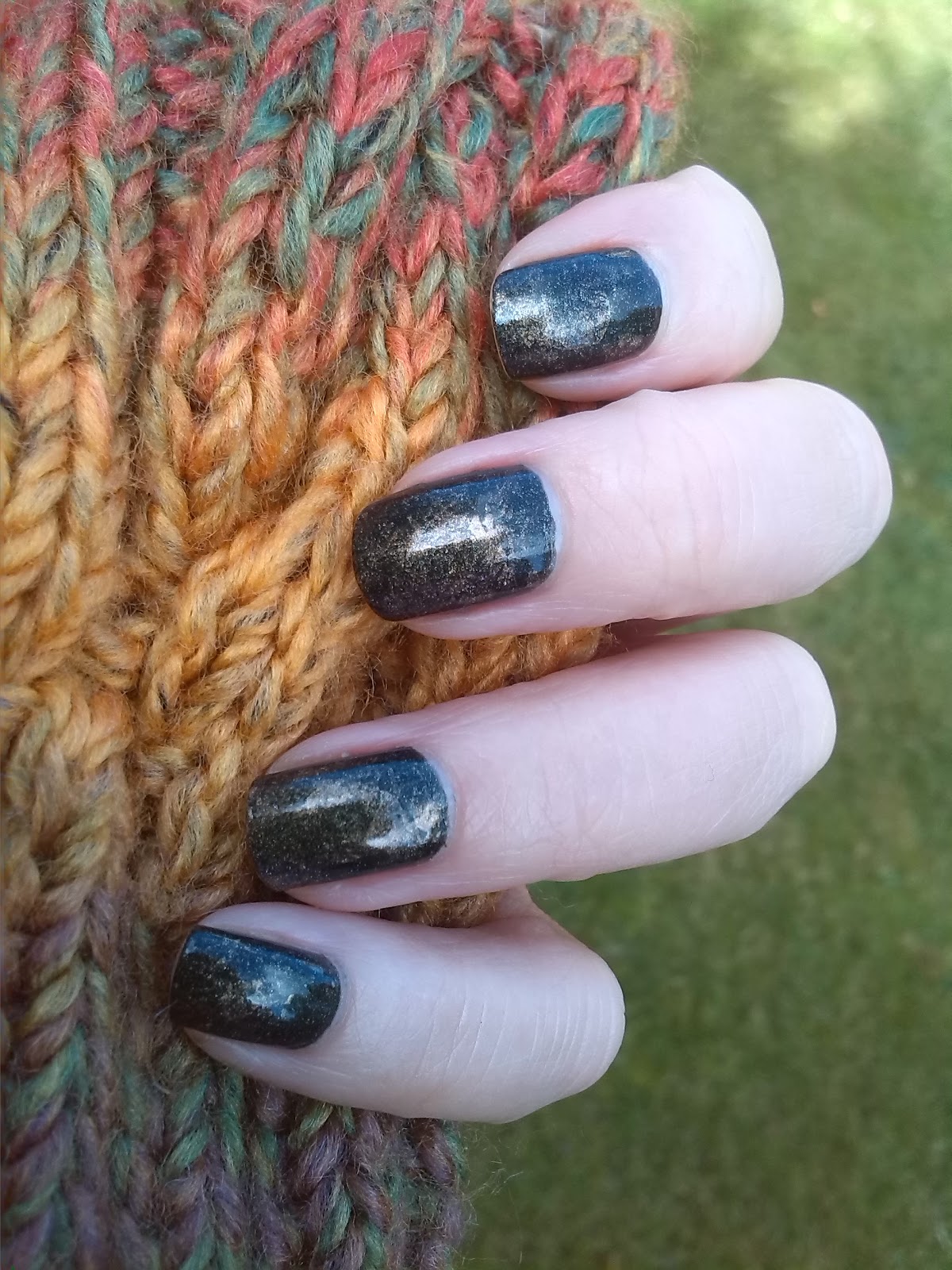 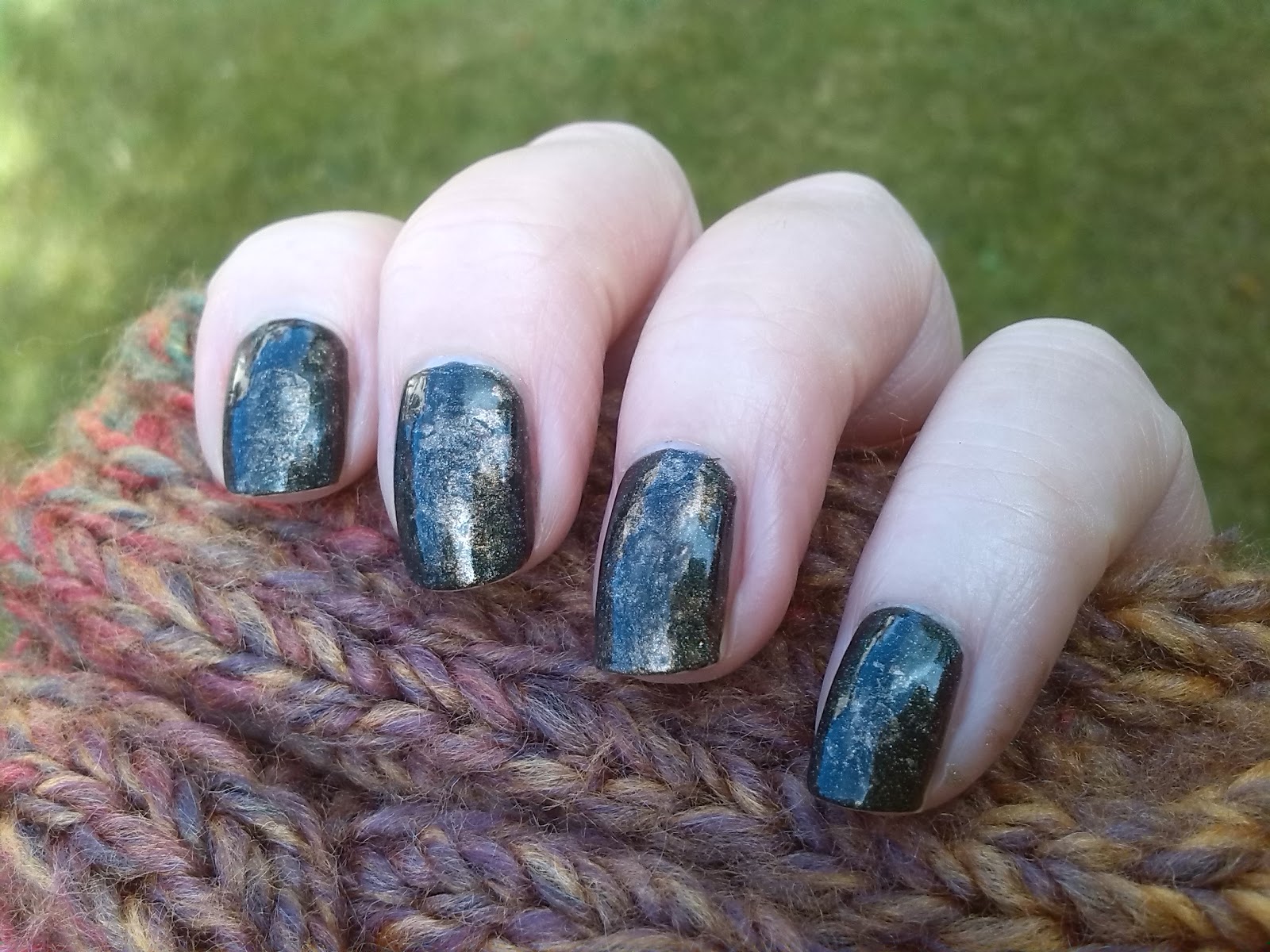 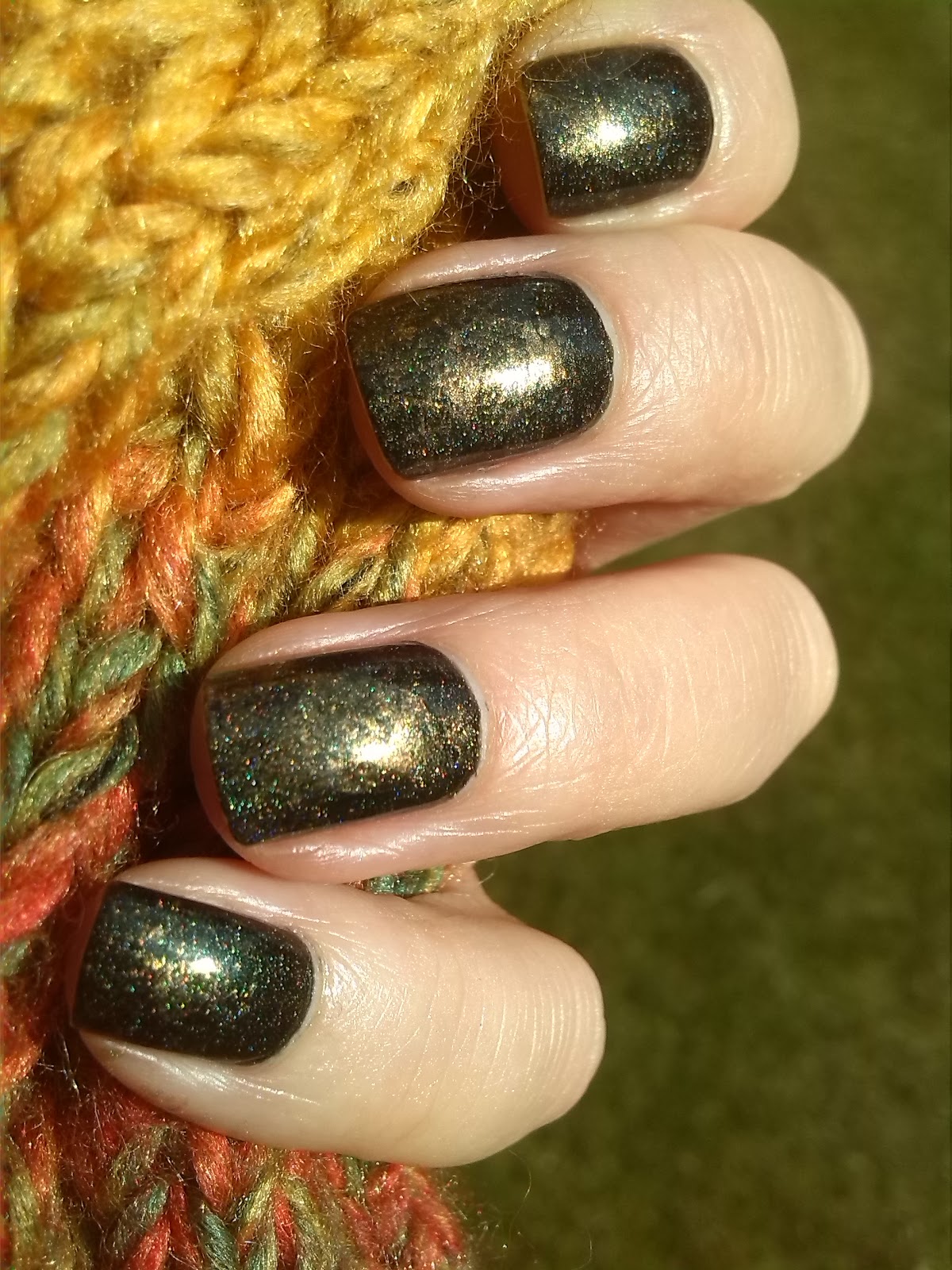 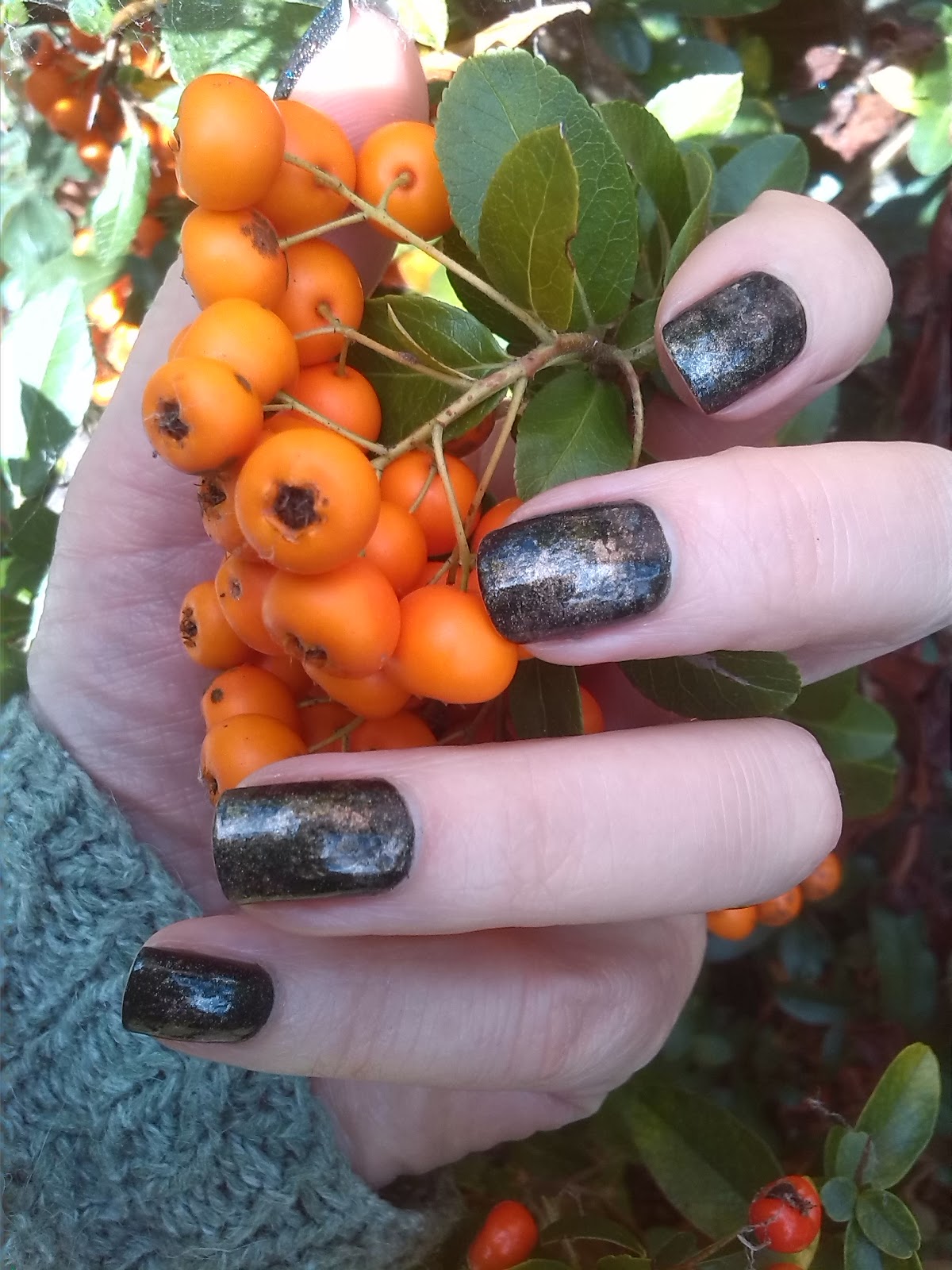