I bought 4 lovely new polishes at the beginning of the week from one of the newer UK Indie makers, 'Ard As Nails. My First Winter is not their first collection, all the shots I have seen so far of earlier collections looked great and I have resisted so far but this one really grabbed me. It might well have been the fantastic swatches by Anna that swung it!
Anyway, as I do not do red, I thought I'd start there (!!!), with Lazy Afternoon. This is quite possibly the warmest red I have ever had on my nails and I really like it. It does look quite orange in the bottle and I was a bit confused as I know Anna's swatches are always reliable. It is an orangey red with a delicate holographic shimmer and is certainly more red on the nail than in the bottle. The holo is very pretty.
The consistency was nice - I used 2 coats for these pictures but to be honest if I was just going to stamp over this, one would probably have been sufficient, and yes, I tested this to see if it would stamp and it stamped nicely onto white paper. Next time I have a pale polish on I will test it properly.
I used this as a base for a challenge mani later in the week, but then I also tested a new plate on top of that. I had just re-homed Moyou London Steampunk 03 so I had to try it out. I used Colour Alike A Kind of Black with the heart shaped image. Possibly not the best combination of colours and images, and the alignment is not the best but I think it looks quite pretty. 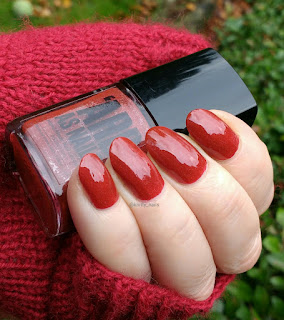 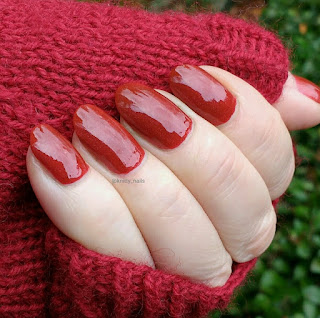 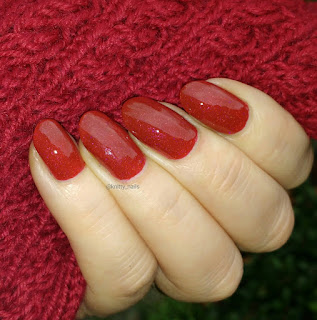 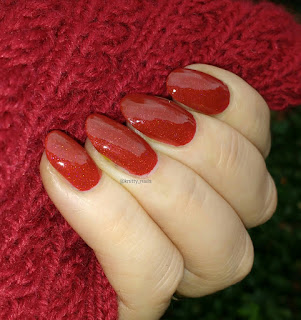 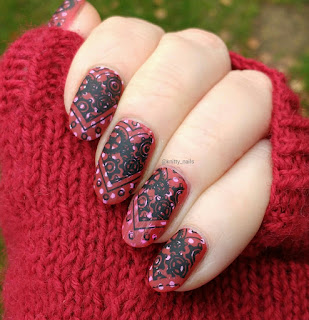 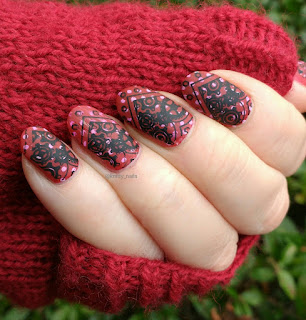