This wasn't a challenge as such - just me trying to match my nails to the dress I was wearing for a 50th birthday party.
I had this idea of stamping across two images from the gorgeous MJ XXX1 plate that I got from Nail Artisan. My dress was a sort of patchwork of black and white florals so the idea was to reflect that on my nails. It didn't go entirely to plan as the patterns side by side were quite similar but I did want to keep it quite subtle and I was happy enough with the outcome. If I do it again I'll be a bit braver, I think.
I used Saffron London White over China Glaze Liquid Leather as I like the off-white/grey stamping I get with the Saffron polish.
The next day I added a second layer of stamping with the same plate and Hit the Bottle Snowed Under. I loved that and kept it on for a second day! 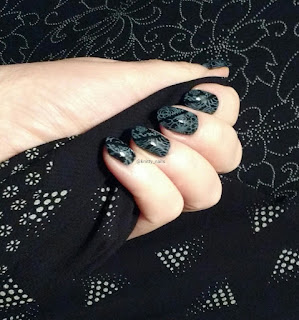 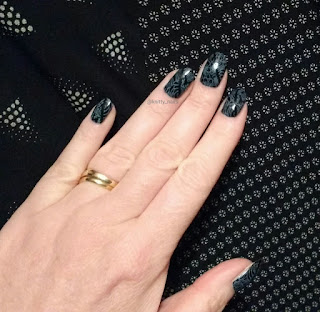 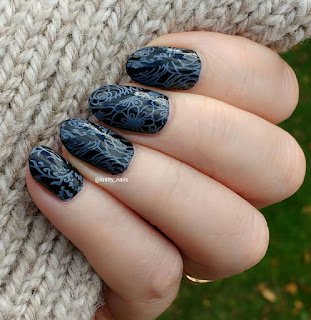 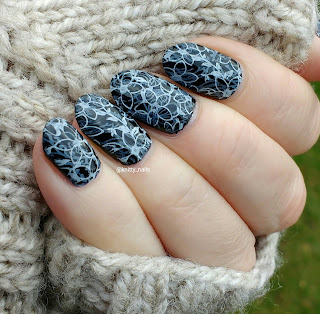