I did have a manicure planned for today but somehow I wasn't in the mood for it so I decided to go for the Amber Nail Jewellery instead.
I considered Black Taxi as my base but went for Lily in the end, thinking its just a touch warmer to combine with the Amber.
I LOVE Lily, it's beautiful on its own and a wonderful base for so many other glitters and other special effects. I did two coats although it was pretty good after one and had I known how much coverage the Justice Walk would give, one would have been sufficient, and look how shiny Lily is ! 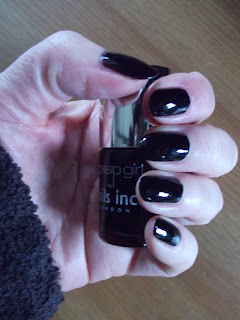 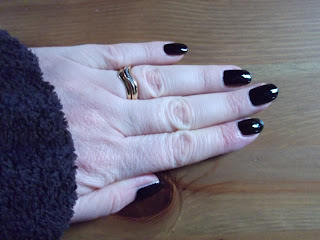 Justice Walk was a lot denser than I expected, thinking it would be more along the lines of Burlington/Diamond Arcade, so I actually ended up with more on the nail than I really wanted, but you can't go back once you've started! When I use it again, I'll try to wipe more off the brush.
I like the colour of the amber glitter, but there are large gold hexagons in there that I wasn't so keen on, I tried to avoid them and actually picked a few off before it dried. I think I'll like this more if I can get less glitter on the nail.
Anyway, here are a few shots of the finished mani, indoors, and out in my daughters black & yellow mitts and my own multi-coloured ones. 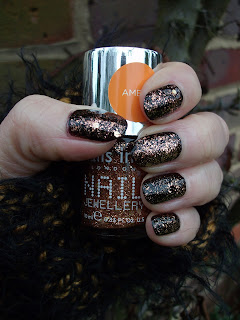 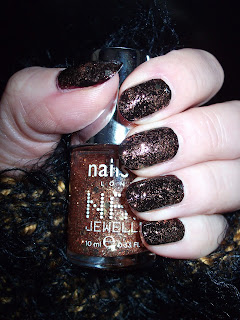 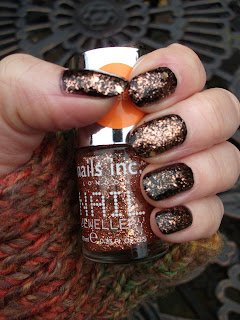 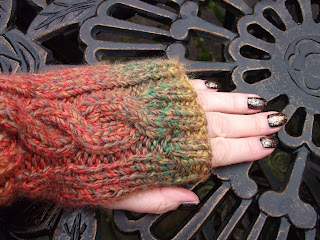