It was a bit like Christmas last week - first the postman delivered my long awaited Messy Mansion plates, and then half an hour later the courier delivered my Black Friday order from Sally Magpies, some Mentality stamping quality polishes. New plates and new polishes... well they had to be tested, didn't they.
I was wearing A England Crown of Thistles and Messy Mansion 16 does actually have a thistle on it but it also has an ornate swirly pattern that looks like it could be made up of thistles too, so I opted to try that image with the Mentality Blue Opaque. The polish and plate stamped beautifully although I did have to clean the plate between every use, (I know you are supposed to anyway!) but the polish I guess is a little thicker than I am used to so I had to be really good! The contrast wasn't the best, holo isn't always the best base to stamp over but the blue and purple went well together, and although you can't clearly see the stamping in the pictures, it was quite clear to the naked eye. I liked the look that the 2 colours gave together anyway, even without the definition.
It struck me though, that the blue purple combo would look good under another stamp. One of the other plates I bought was Messy Mansion 40. I bought this plate after seeing it used by vernimage on Instagram. Stood in the middle of the park, watching my son play football (but really checking my IG feed), I squealed when I saw it, I have to have that plate!! The plate has knitting images on it - it must have been made for me :)
So, using the Mentality White Opaque, I stamped the larger chunky knitting pattern over my previous mani, the blue and purple peeping though like a chunky marl.
I love this plate!! my mind is overflowing with knitting mani's I want to try!!!
The white stamped well, although it does look a bit silver to me now, and again, the plate needed cleaning between every stamp.
I'll just add a couple of pics of each mani but I am really pleased with my new plates and polishes. 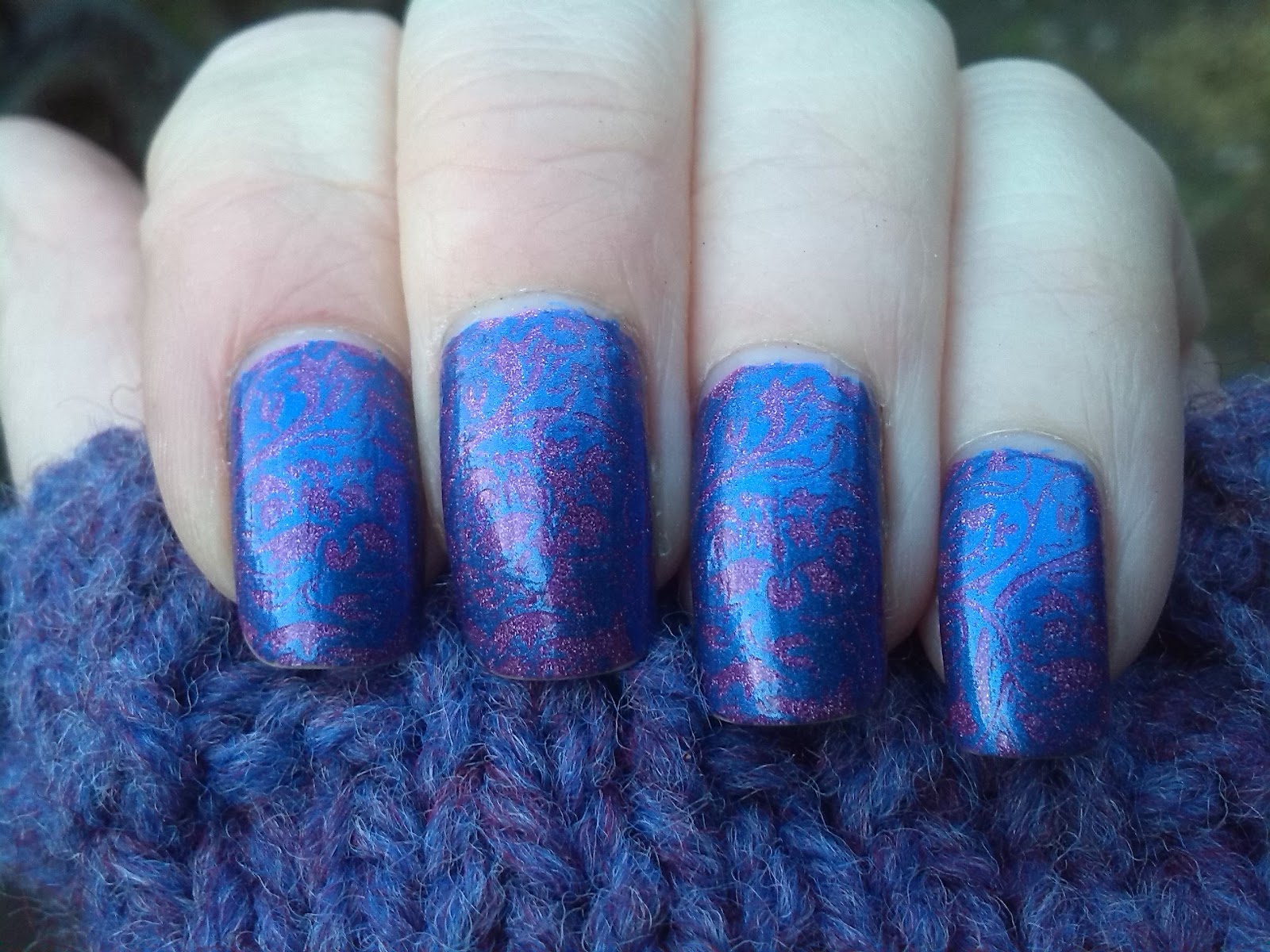 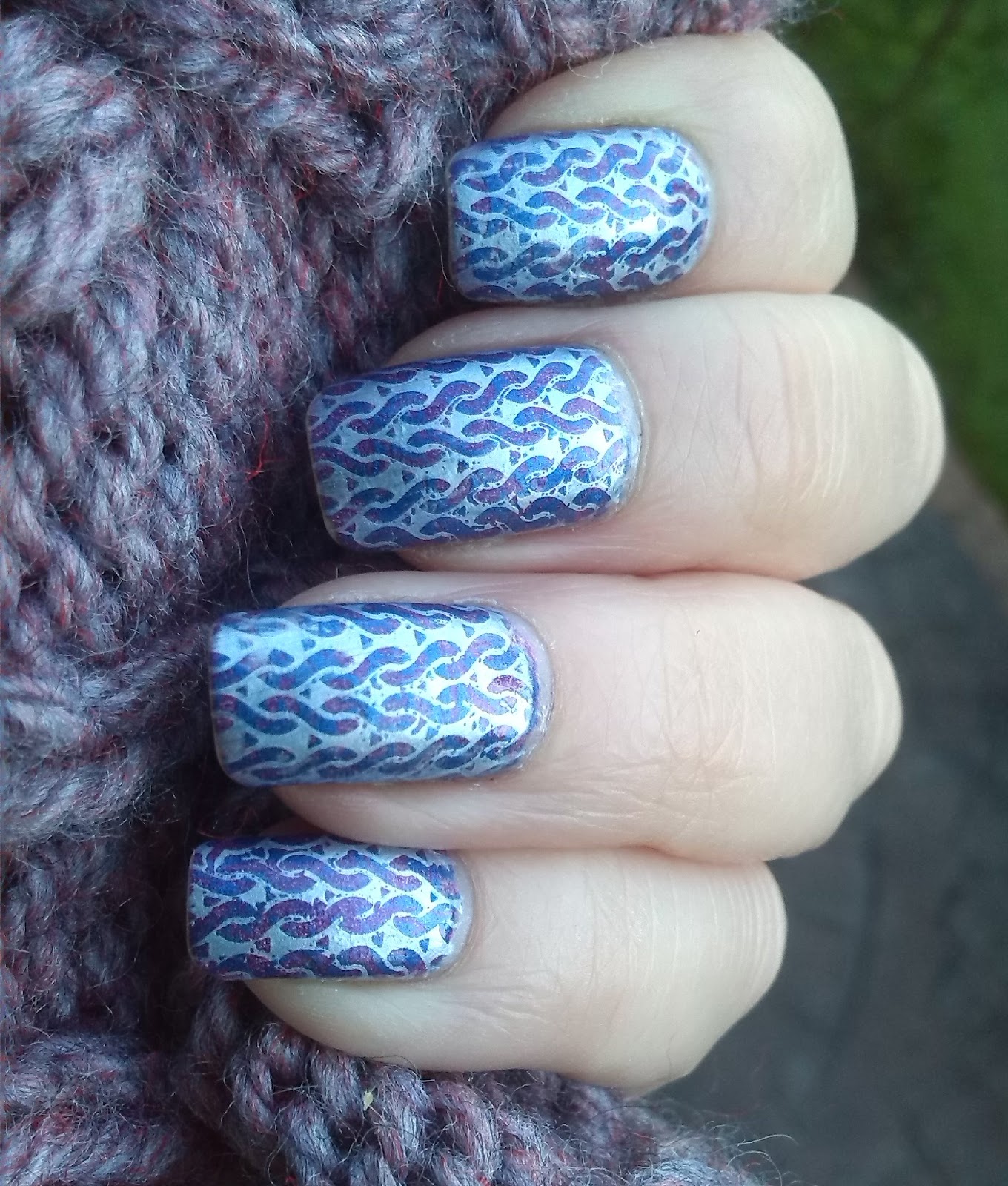