I have some very pretty snowflakes on my nails today, thanks to a very last minute purchase.
Back in October, when I was only just trying out stamping to see if I liked it, lots of people were talking about festive plates. My cautious and accountanty logical brain said, oh no we won't be bothering with festive plates, we won't get the use out of them, so I didn't buy any. Then of course I discovered I really enjoyed stamping and the whole world of nail people seemed to be stamping the most beautiful Christmas manis, I wanted to be part of it and I'd left it too late.
I have a couple of snowflakes on a set of mixed plates but for whatever reason although the plates are good ones, these 2 images refuse to stamp, so that was it - no snowflake manis for me :(
And then, on the last posting day before Christmas She Sells Seashells had a small number of snowflake plates, so I pounced! The plate arrived the next day and it is so pretty - it also includes some hearts, so there'll be a couple of Valentine manis too.
The plate has a strip of various snowflakes and I selected just one end for this mani.
I stamped over the beautiful sparkly Above the Curve Gryffindor, using Mentality White Opaque, which I have mentioned before does seem to come up quite silvery.
The polish and plate worked well together, despite the frustrating need to clean very thoroughly between stampings, and my biggest issue was with placement since my stamper is also white so I couldn't see the image too well, and non perfect images that I would normally discard and re-do did make it on to a couple of nails.
Despite that the end result is a very pretty mani. The silvery white over the shimmery dark red looks so wintery. I can still see the holo sparkle, which adds to the frosty look I think.
I am so pleased I got this plate and I reckon I can get a fair few snowflakes manis out between now and the end of February, because it is bound to be cold until then at the very least! 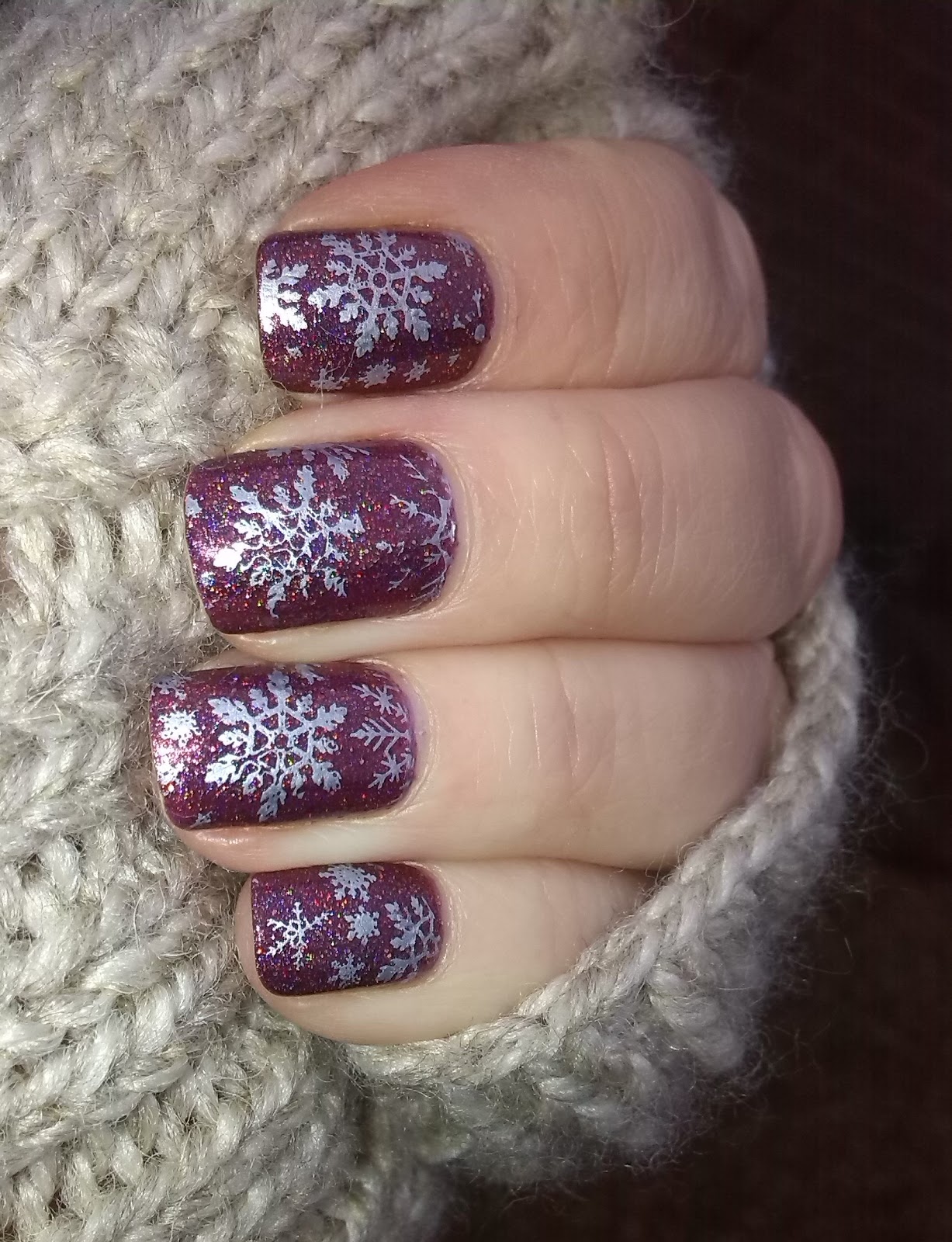 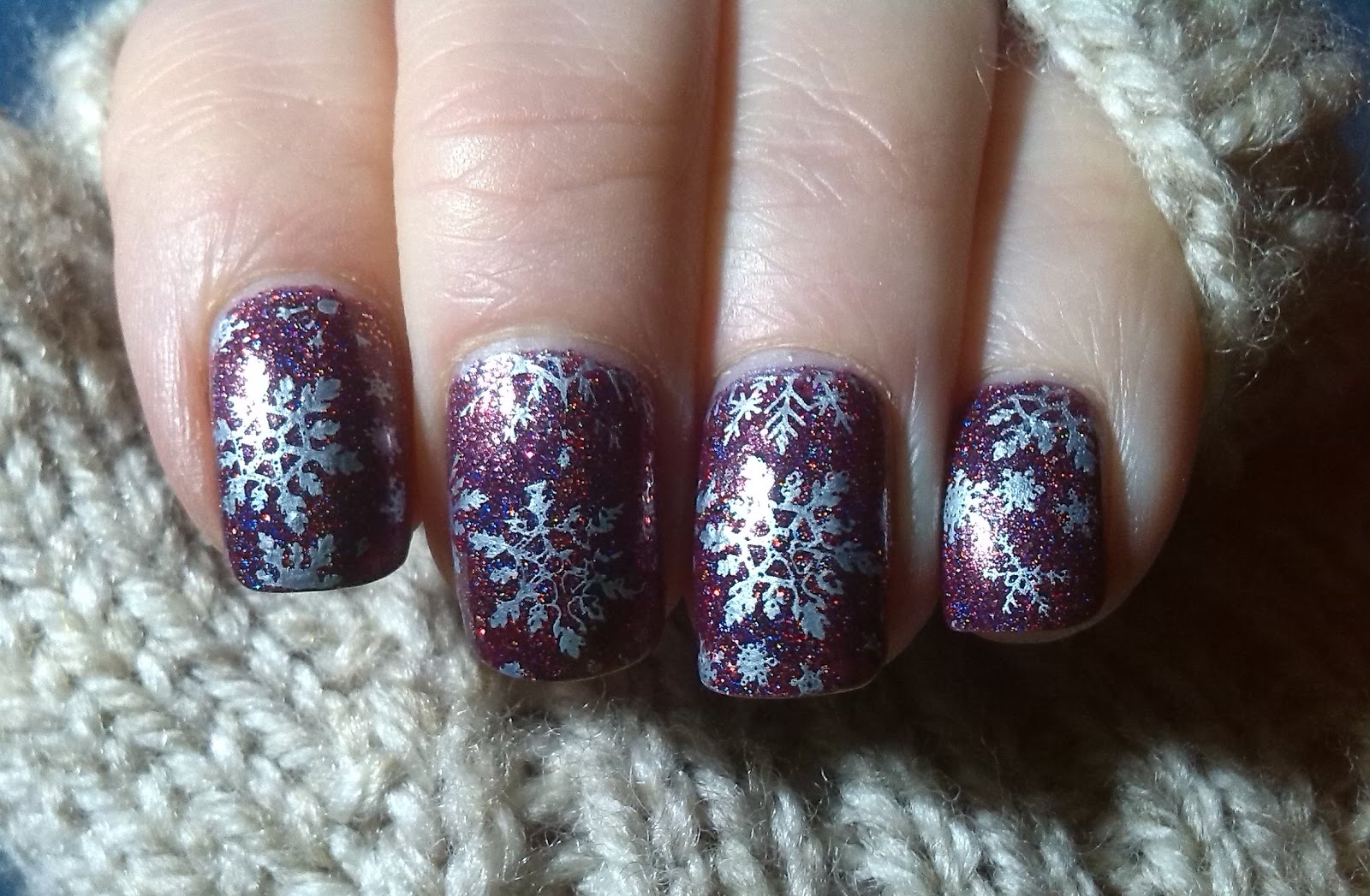 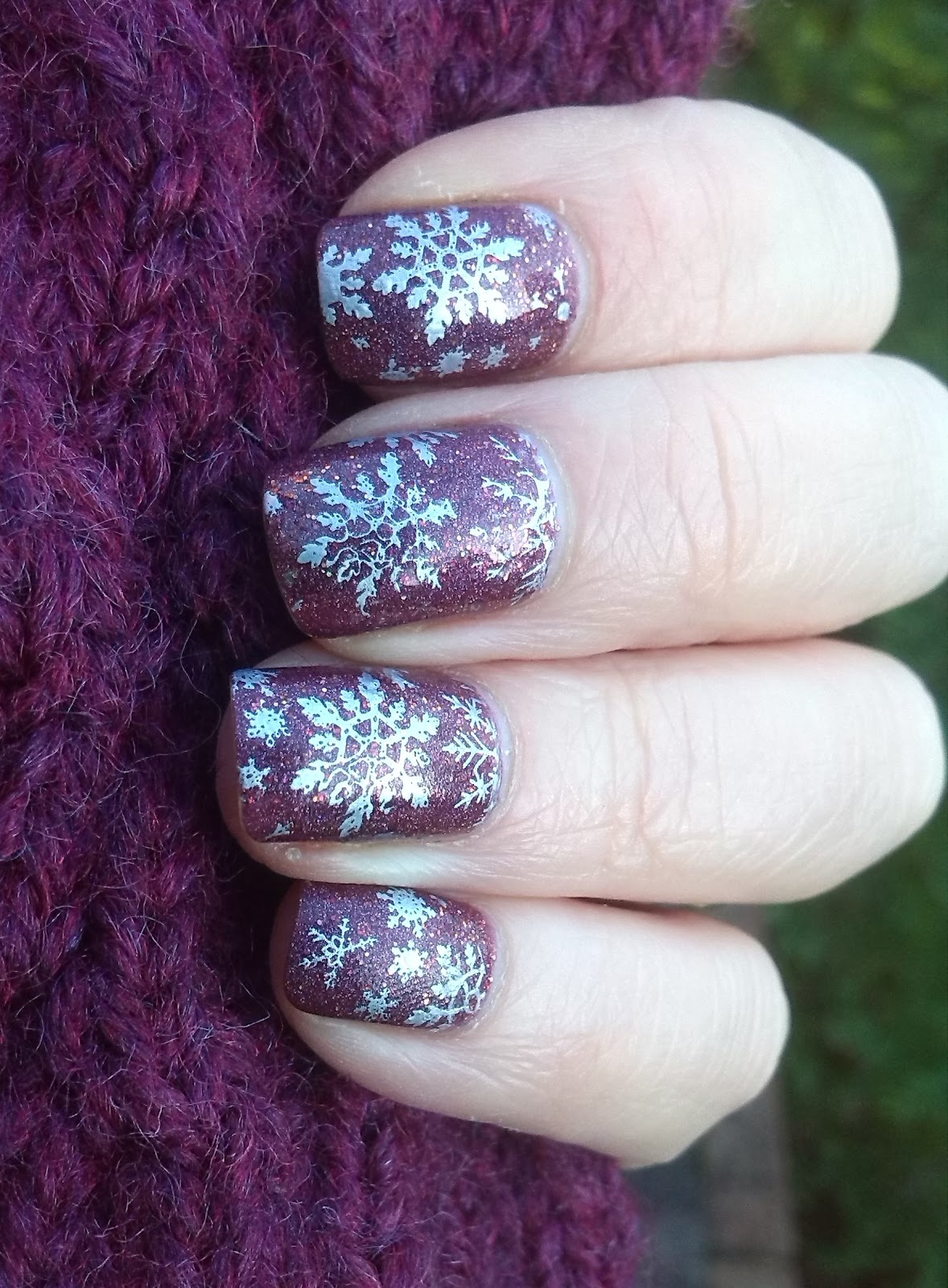 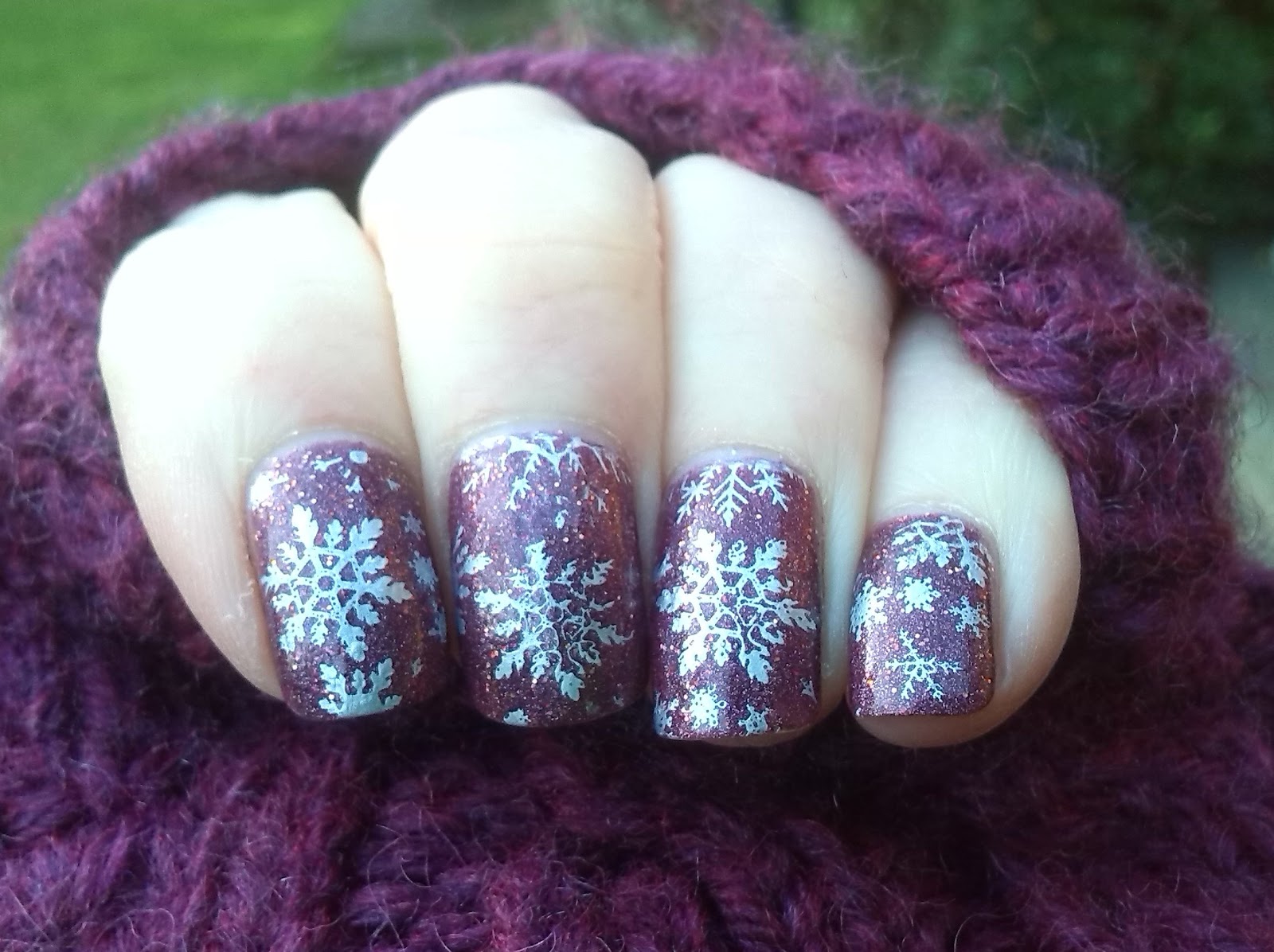 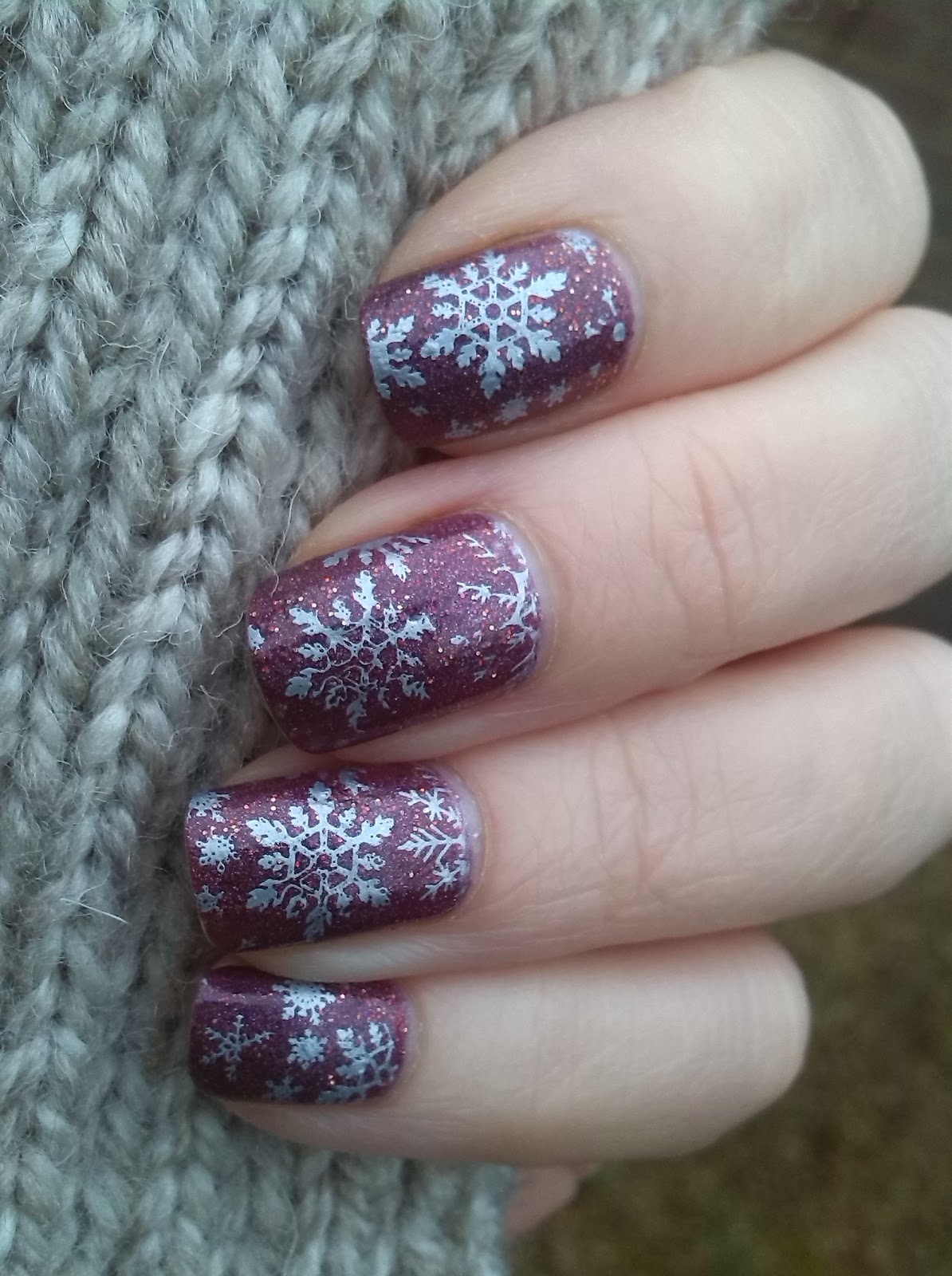 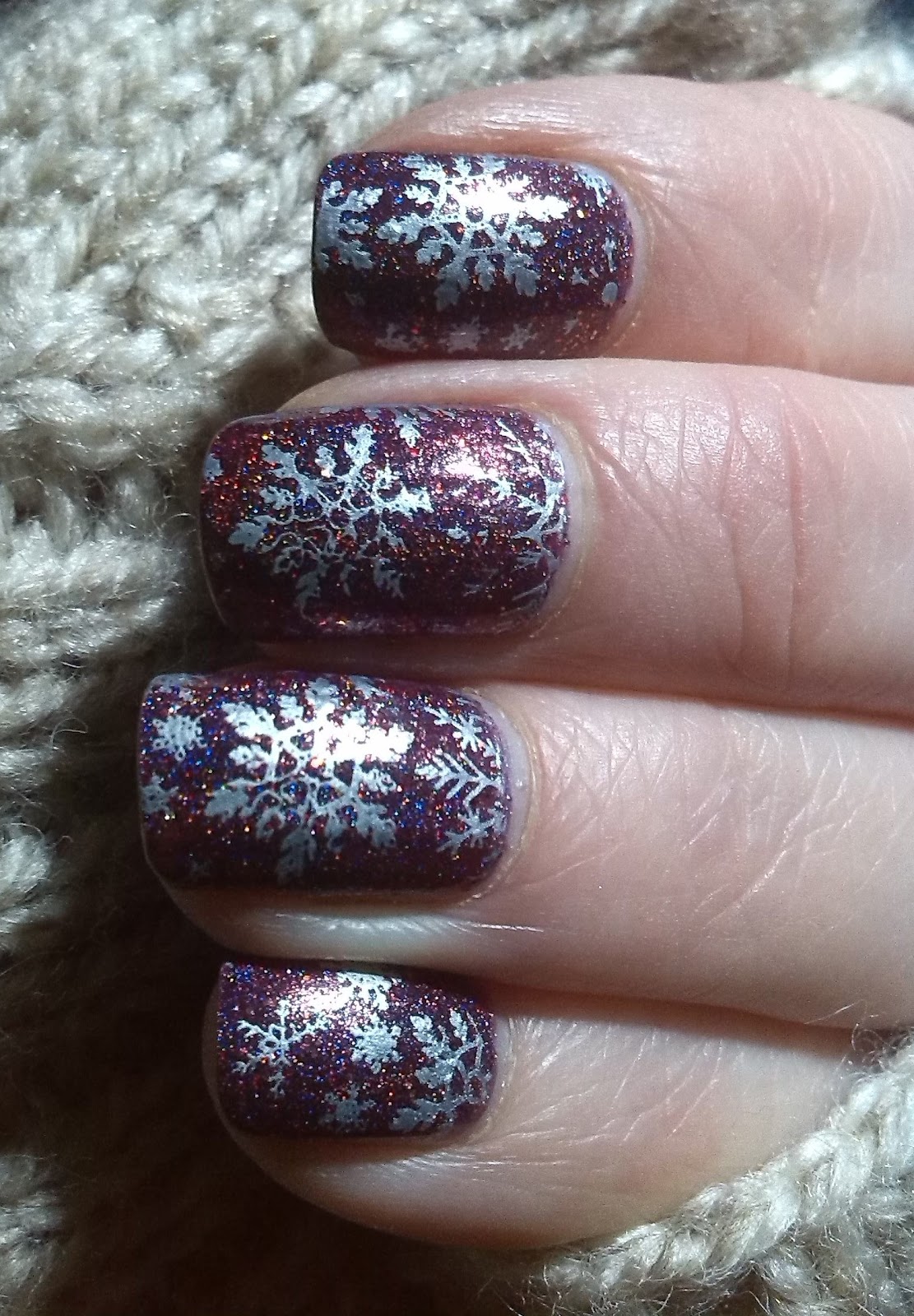