A2Z Series - I is for Inspired

Well, we have had a 2 week break from the A2Z for Christmas and New Year, but it is Thursday again and time for the next letter. "I" is for Inspired. I had no ideas and then about 4 or 5 that I had to chose from, but I decided to go for something that I think will always be an inspiration to me.
As I have mentioned before, I studied architecture at university, and there are 2 architects whose work most delights and inspires me, Frank Lloyd Wright and Charles Rennie Mackintosh. Well, I have already done some Frank Lloyd Wright inspired nails, so using a different image off the same plate I have gone for Charles Rennie Mackintosh.
I have used the Emily de Molly plate, EDM03 a few times now - I love it! for me it just shouts FLW, CRM, and art deco.
So, although the images aren't exactly like work done by Mackintosh, it's the lines and the geometry and I have attempted to capture the spirit of his work using the sorts of colours he employed in his stained glass.
I started with a base of OPI My Boyfriend Scales Walls. This is a nice white, just very slightly grey and although I needed 3 coats for full coverage I liked it a lot more than I thought I would. I stamped using A England Camelot. I am still having issues with my stamper (hurry up postie with my new one) and the images are not as crisp as they should be, but you get the idea. I chose a couple of pinks and purples from my wonderful Sharpie collection and coloured in some of the blocks. I think the colours are bit vibrant for that era and, with hindsight, maybe I should have tried acrylic paint instead.
The end result is bright and striking! Mackintosh's work would have been more subtle, but it's clear in my mind at least where the inspiration for the nails came from.
As they were so bright I did add a layer of my Avon Matte Top Coat to tone them down a bit, the soft peachy shimmer certainly doesn't seem to detract from the design and I am struggling to decide which version I like best.
(late addition to the blog: I was tagged on instragram for #mynailsandmy drink so sneaking that shot in too) 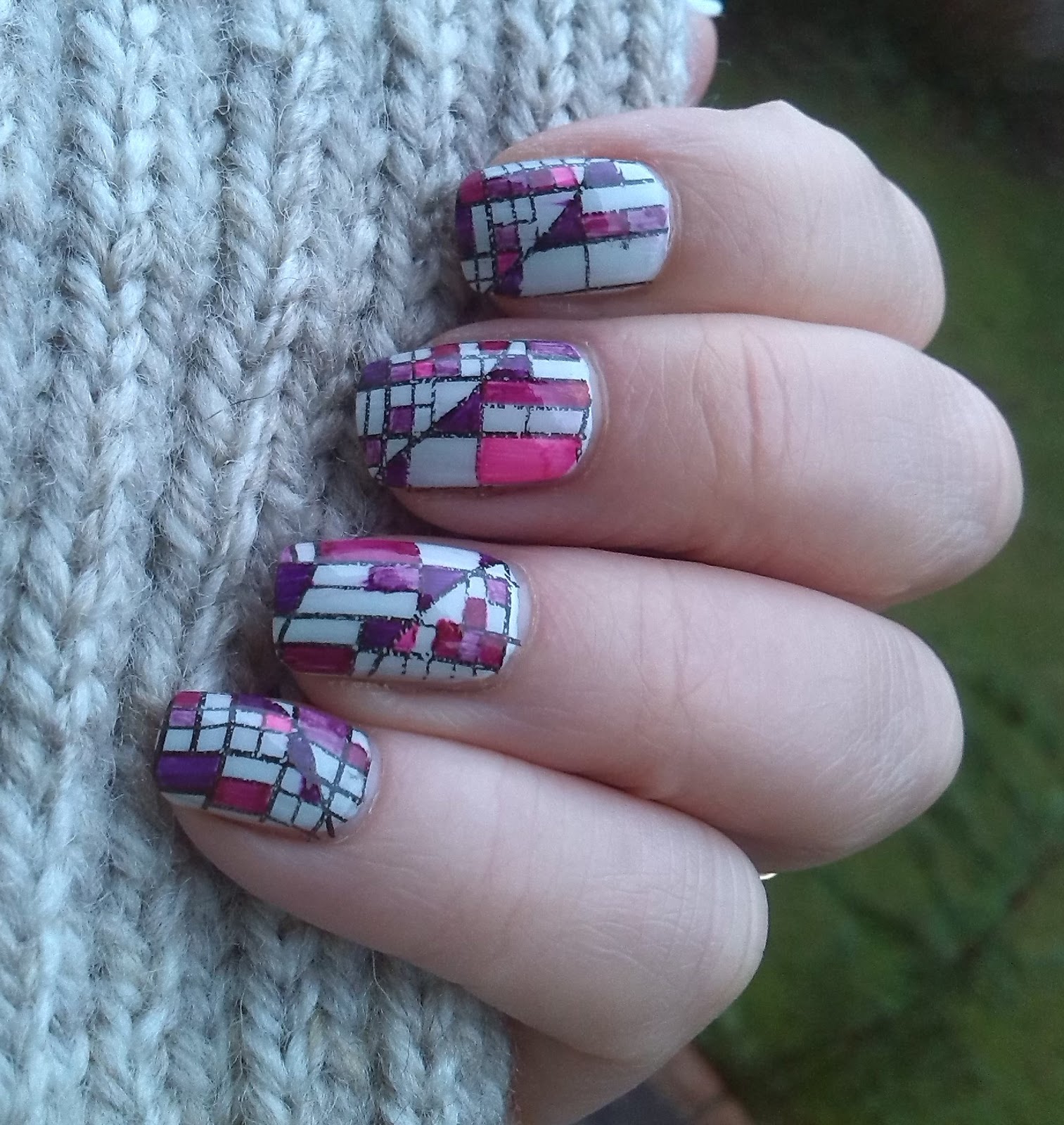 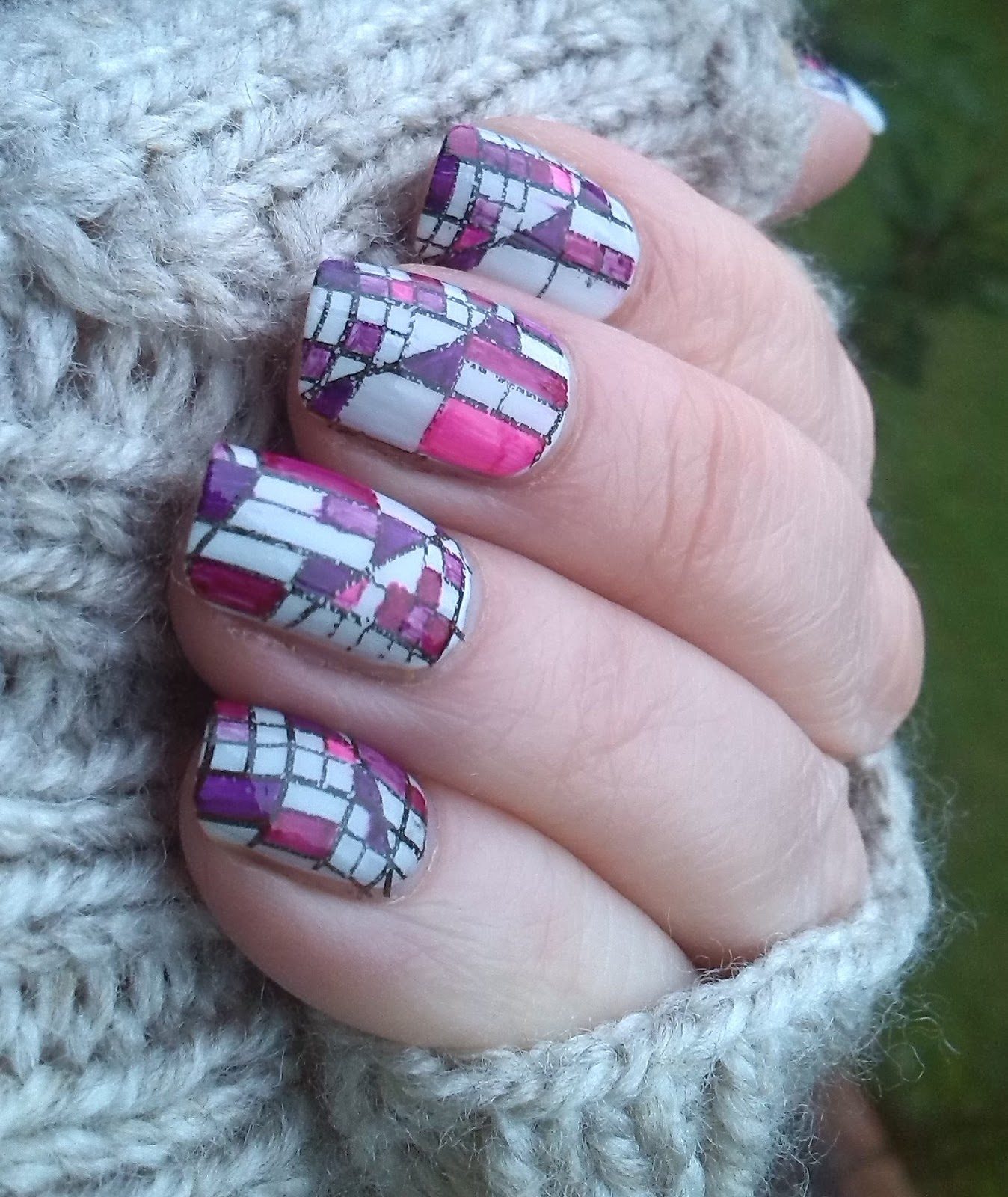 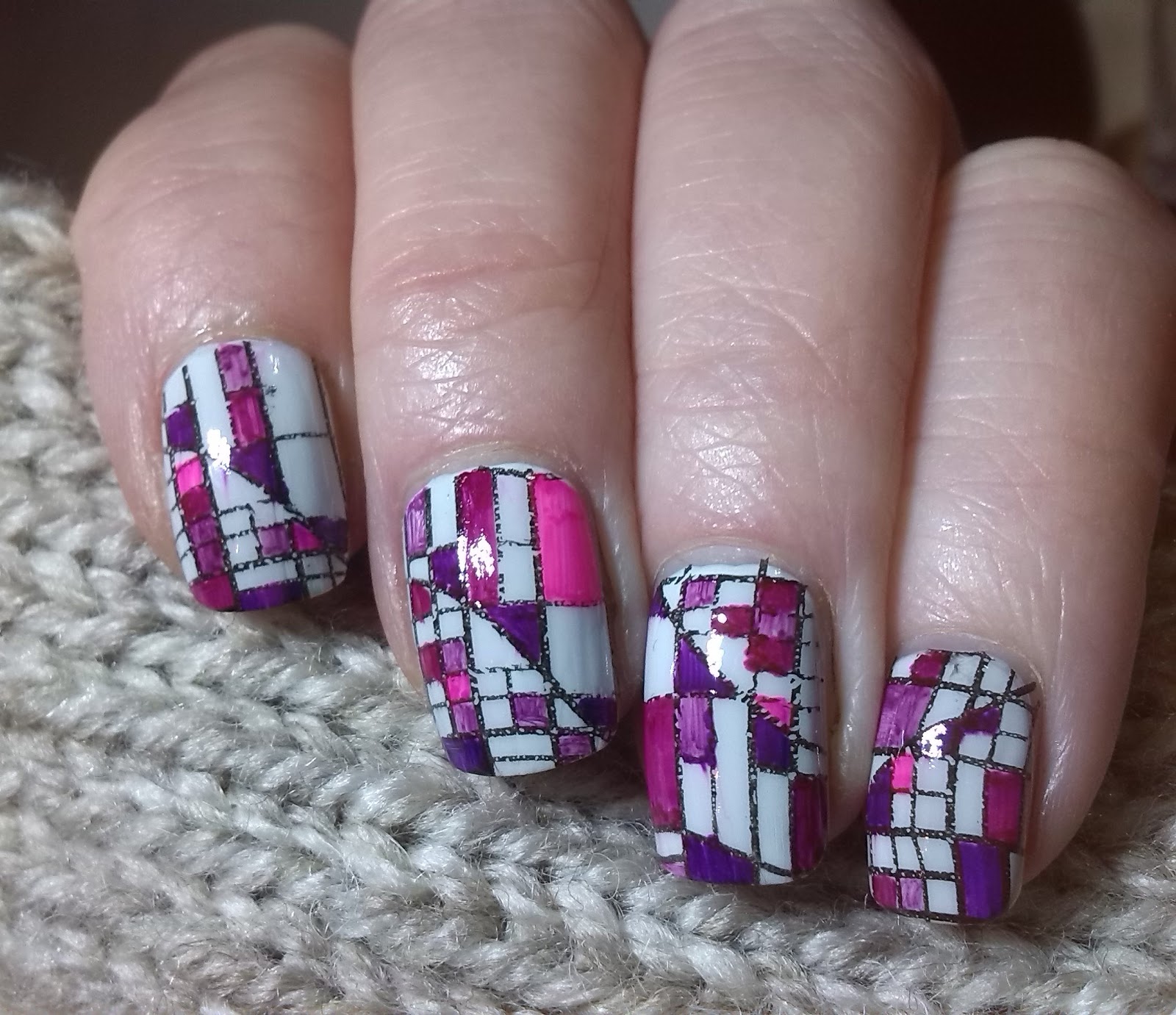 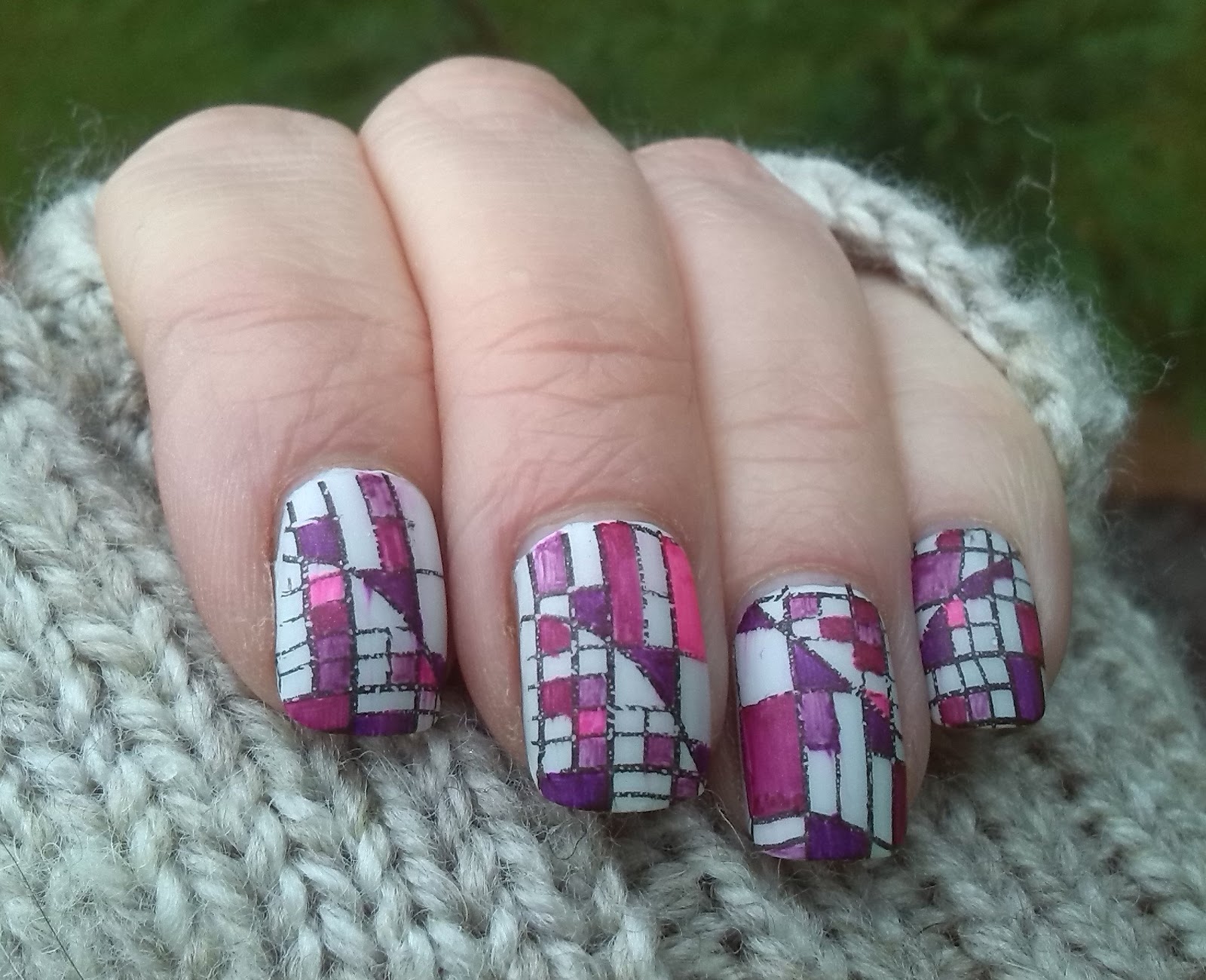 Look HERE to see what everyone else got up to.

An InLinkz Link-up
Posted by debbie jarman at 03:02