Stamping! Pueen SE01B over a fiery saran wrap base

Today's mani is a bit of a bright one! I had a few issues with my stamping but overall I think it has turned out OK.
I wanted to stamp a fairly abstract floral pattern over something really bright, the sorts of colours I am seeing in people's lead-lighting manis, but just using ordinary varnishes as I don't have any lead-lighting polishes.
I started by painting my nails yellow!!! with Leighton Denny Brick Road. My children know my hatred of yellow and they couldn't believe it! I hate it so much I couldn't even bring myself to take a picture for my records.
I then added a few blobs of Nails Inc Atomic, and moved them around with saran wrap. Once dry I added more blobs of a dark red (Manhattan, no idea of its name but it is actually a lovely dark red), and I smushed that around. By now I'd successfully obscured most of the yellow :) Then I added a few small blobs to Barry M White just to tone it down a bit and smushed them around too.
I top coated it and then got down to the stamping. All that took a very small amount of time, these kind of manis are really quick and actually not too messy! In theory the next stage would have been quick too but I had a bit of an issue with my stamper refusing to pick the images up crisply. I was using A England Camelot which is perfect for stamping but this time it looked greyish and a bit watery.
It would appear my stamper did not like the remover I was using to clean the plate, hopefully that won't happen again. Anyway, despite lots of failed stamps on a sheet of paper I did stamp my nails, the images are a bit pale and not as crisp as they should be but that's the perfect excuse to try this again, maybe with blue, green and purple :)
I chose one corner of the Pueen plate SE01B but dotted around using different parts for each nail- I really like that sort of stamping where good placement is not vital, particularly on a mani like this one.
Apart from the quality of the stamping this actually turned out pretty much as I had planned and I am pleased with it, I really like the contrast of the 3 brights, the white and then the black stamping.
Also secretly pleased to have found a use for yellow :) 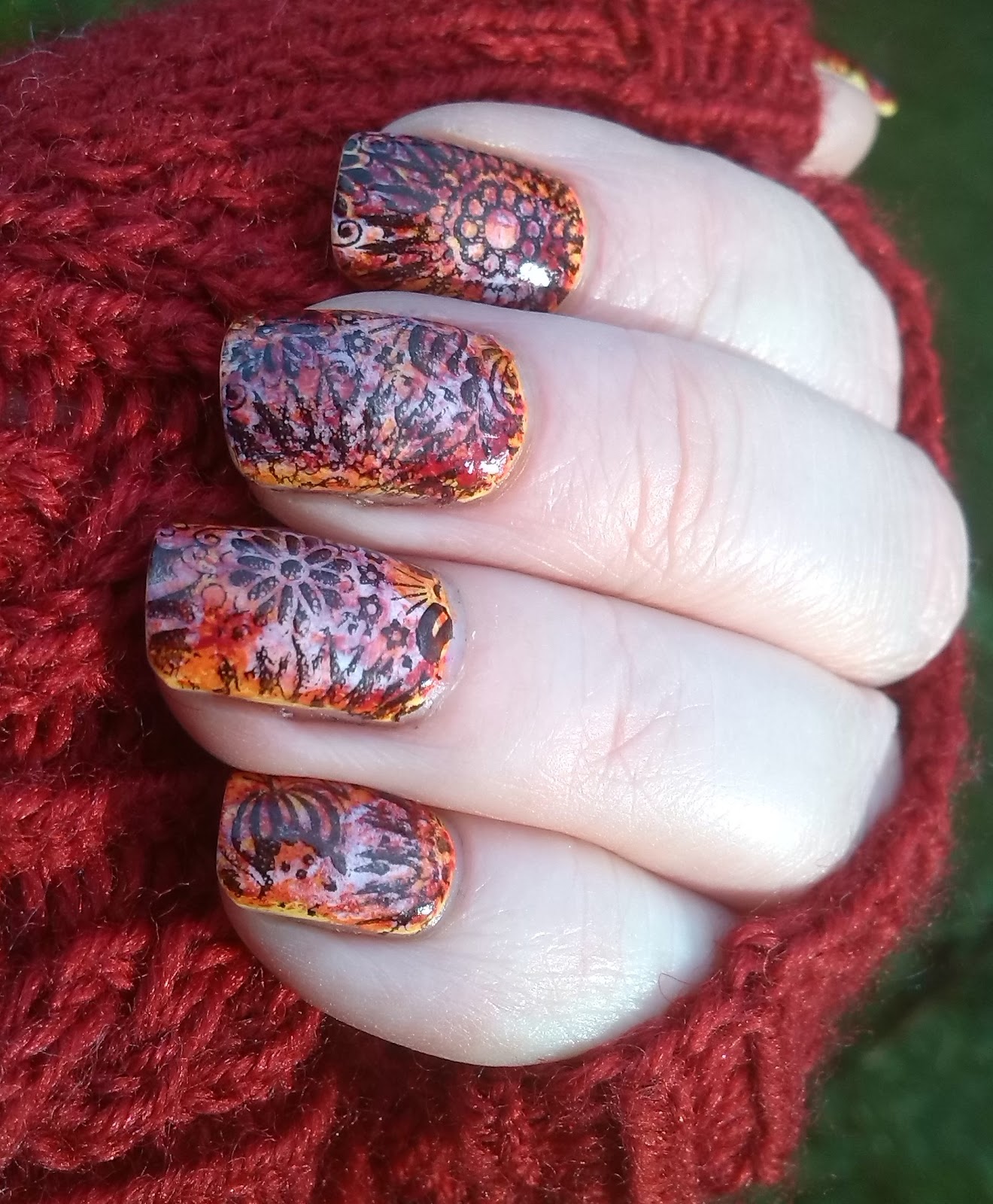 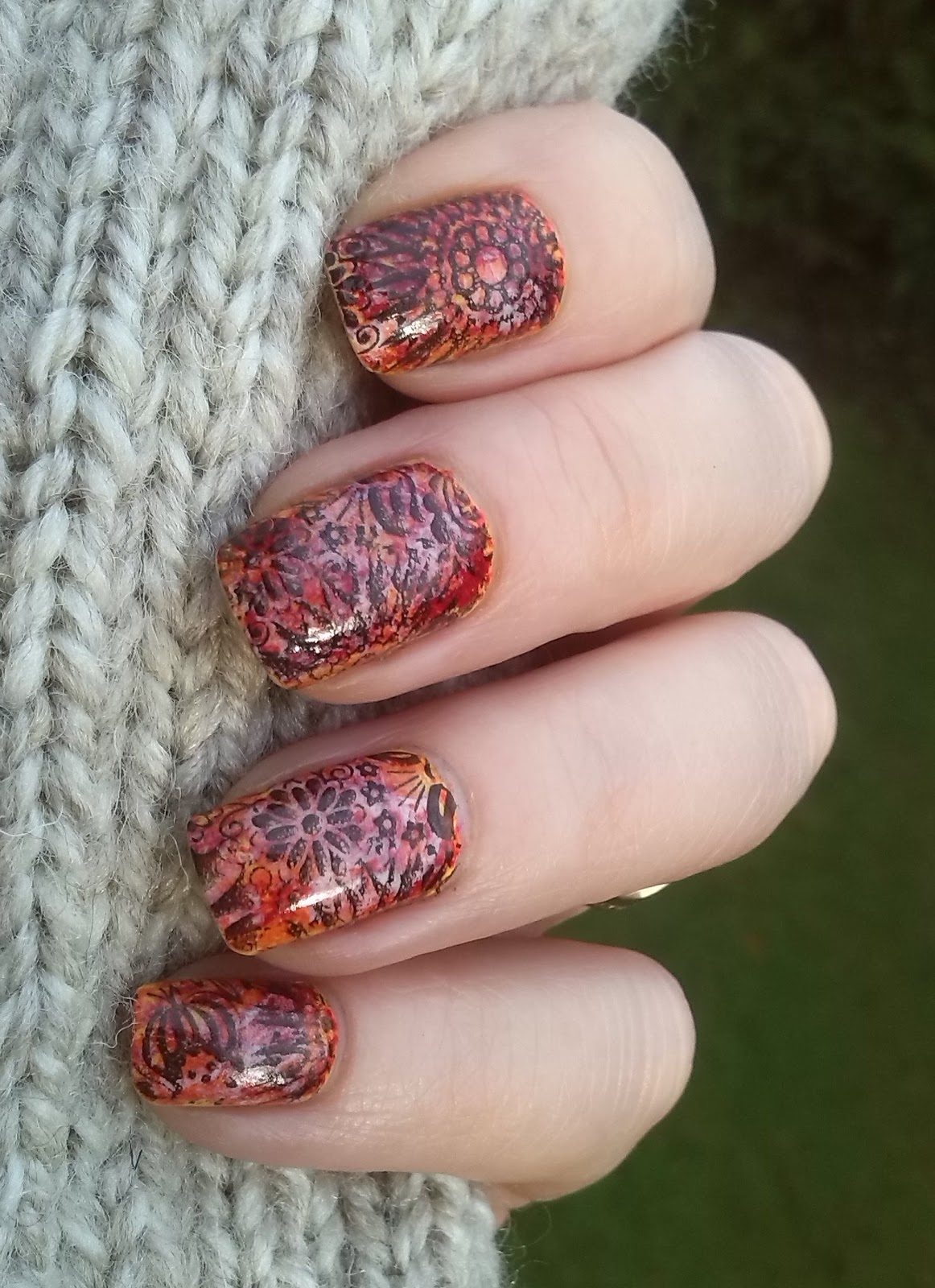 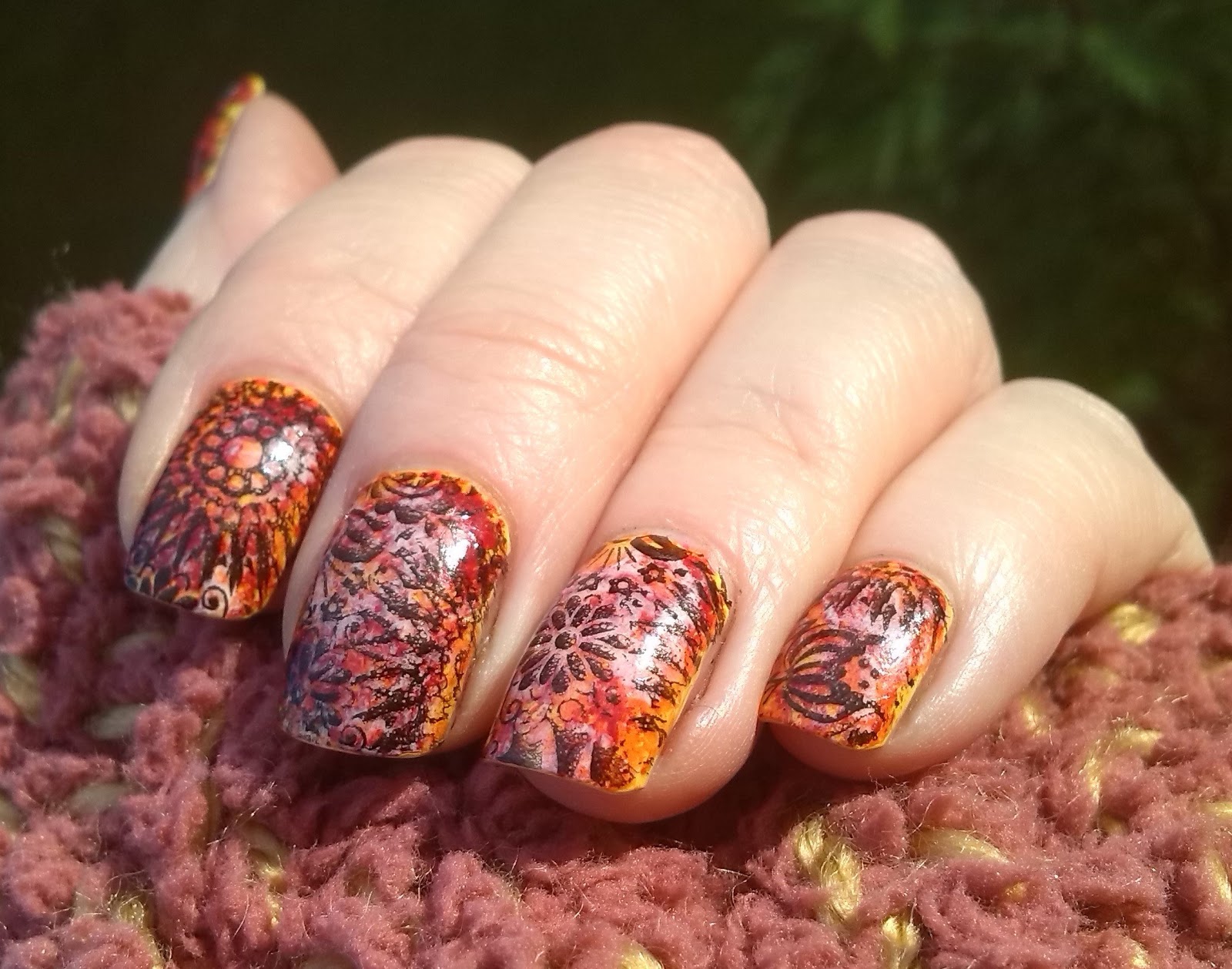 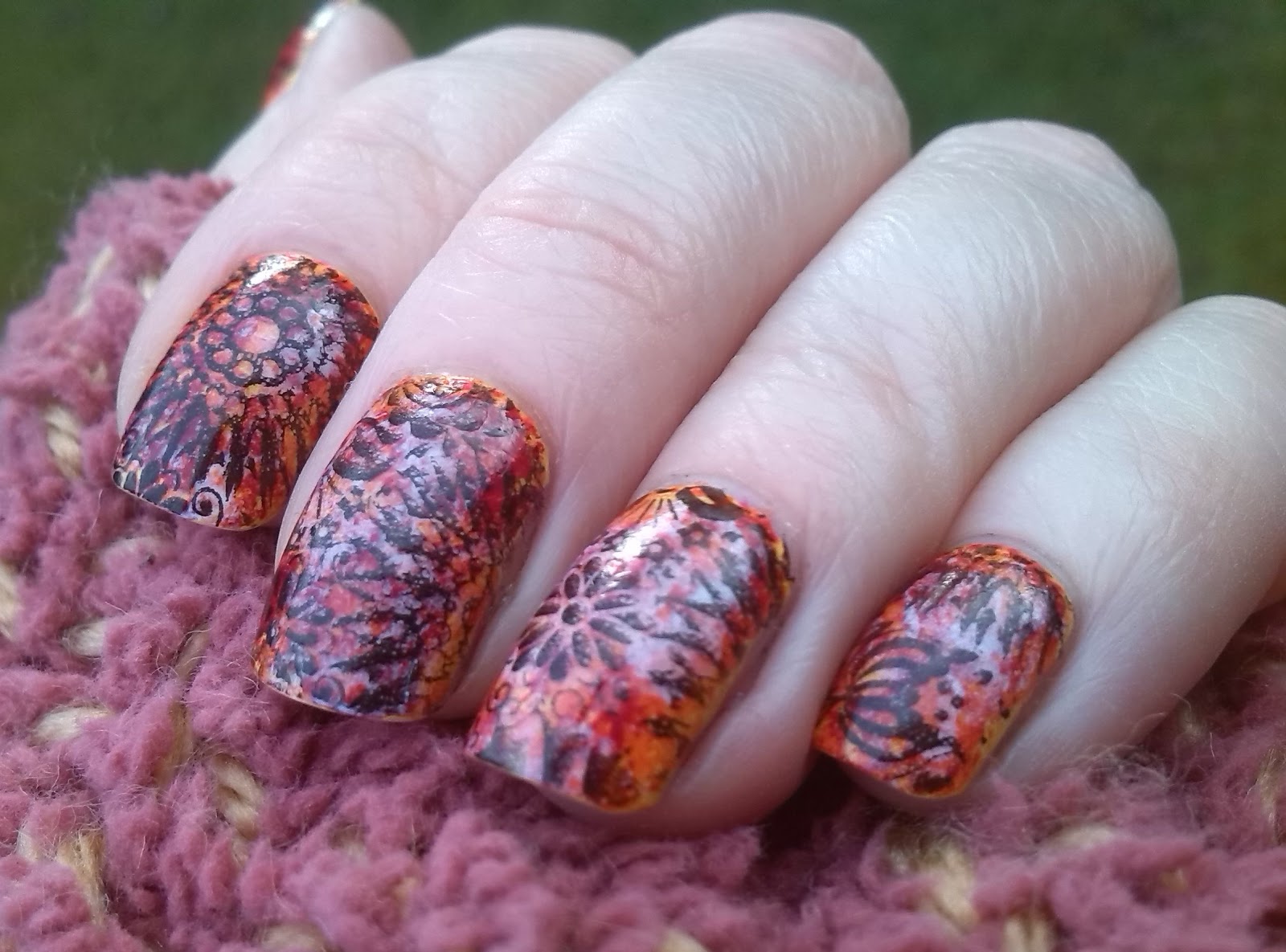 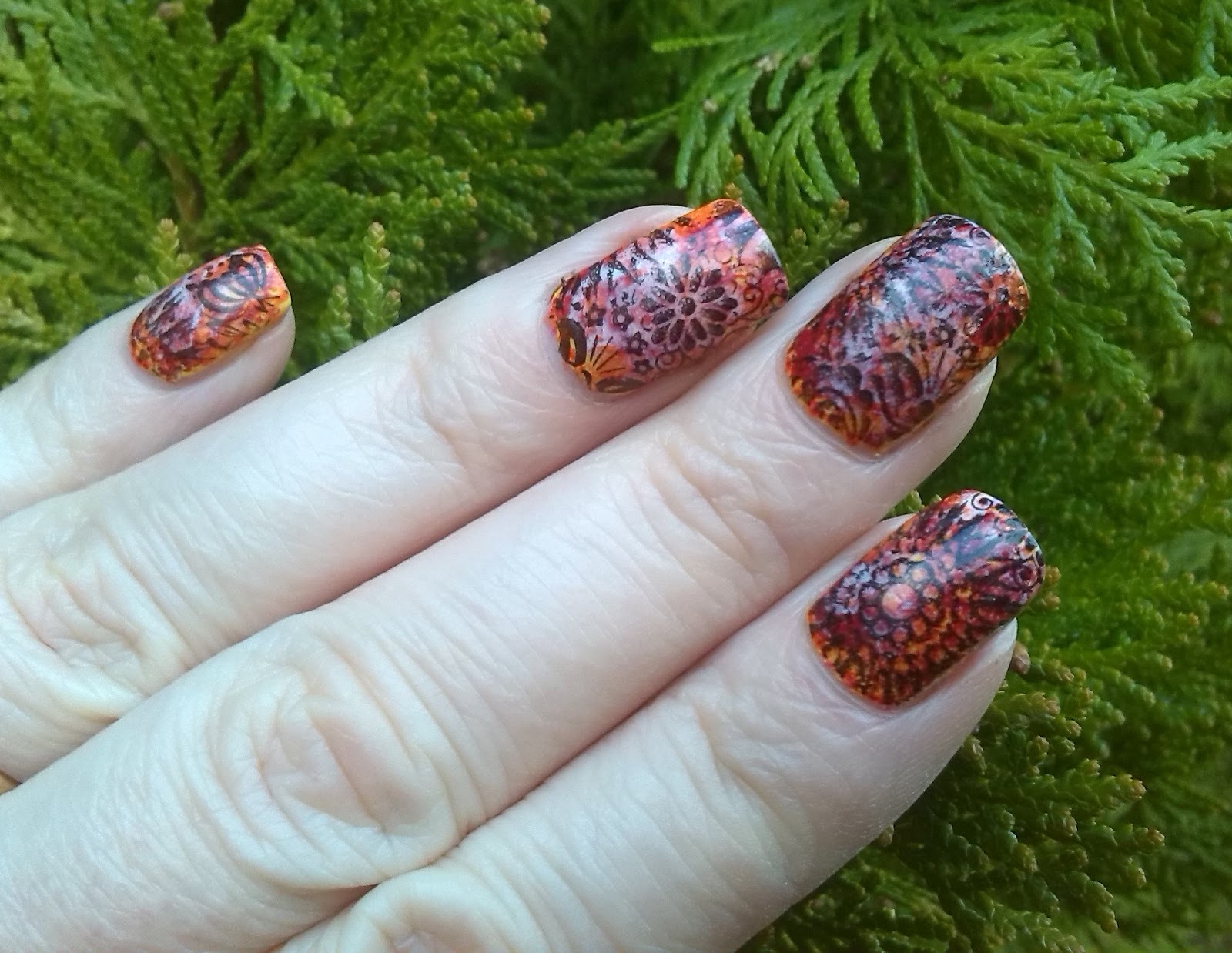 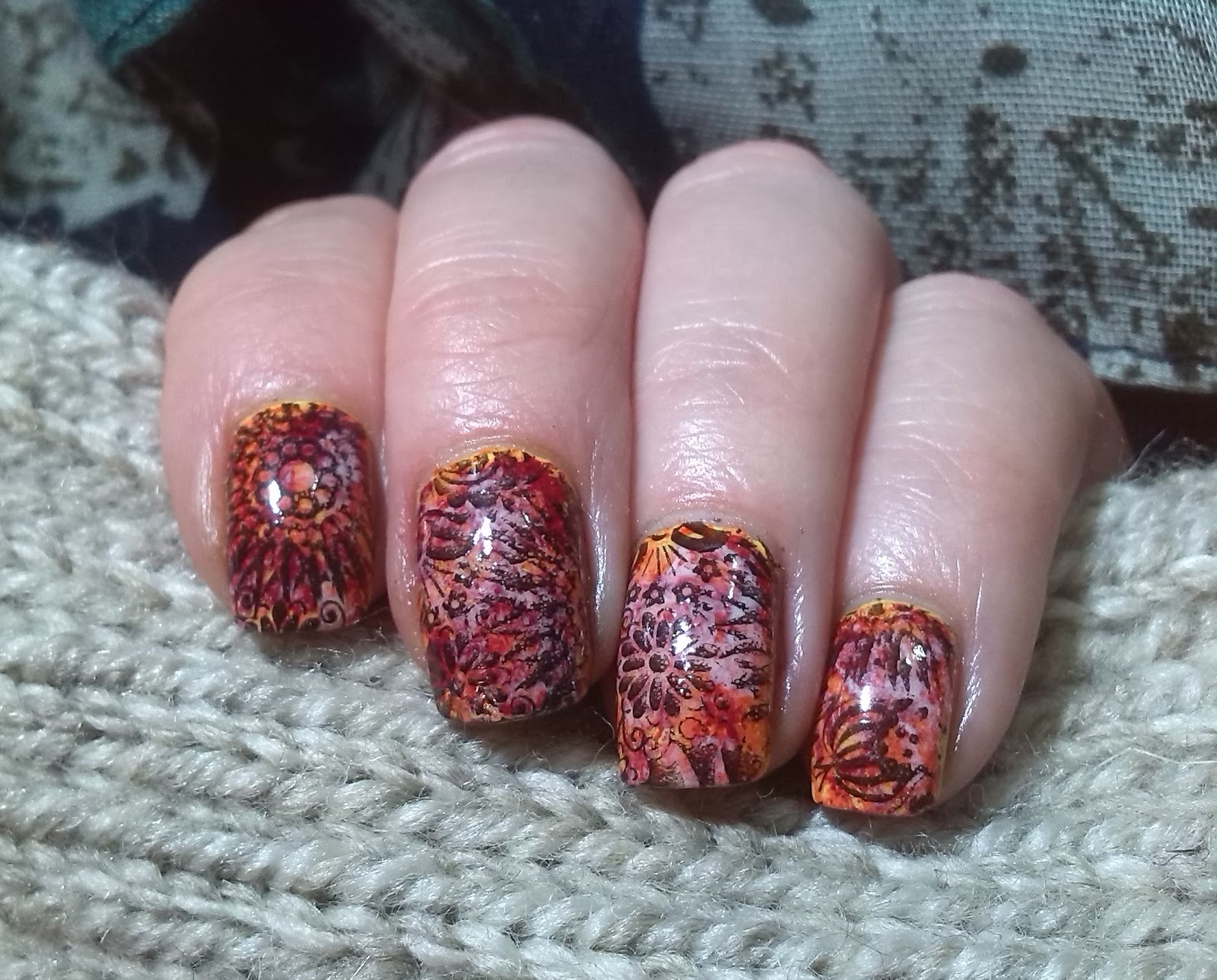 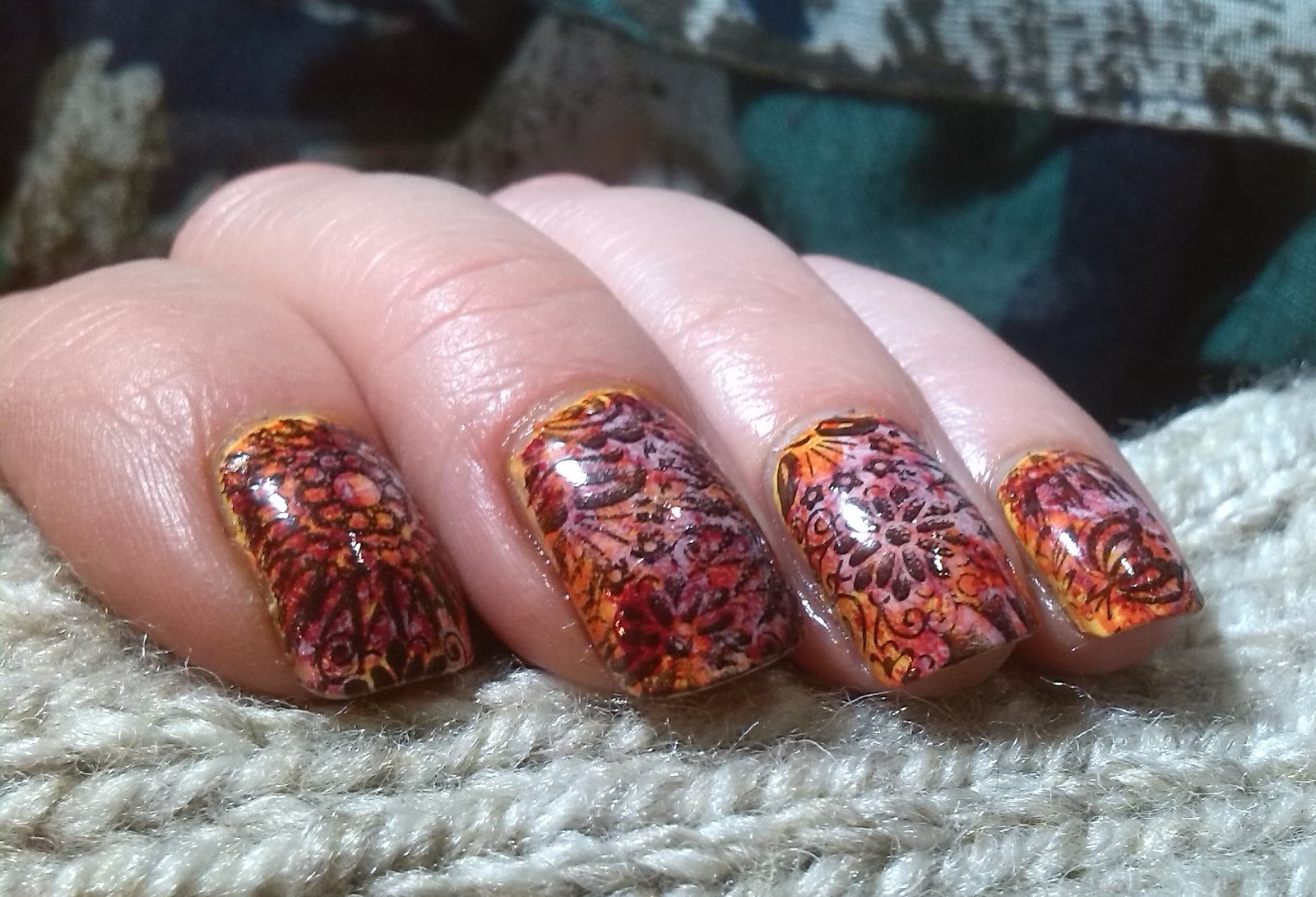 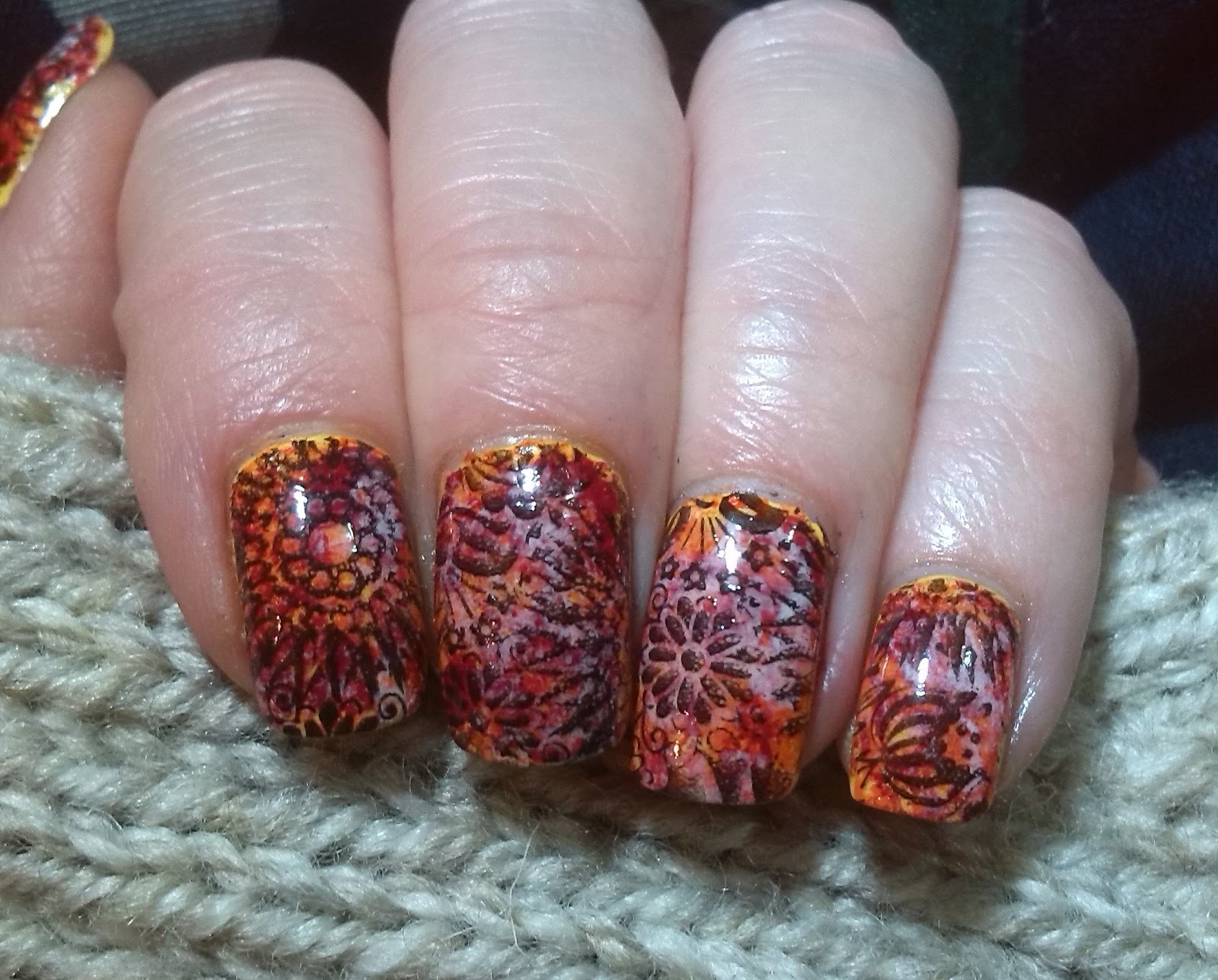