Today's stamping was not a huge success. When I used Messy Mansion 20 a few days back I didn't really pick the image up as well as I thought I should so, having asked for advice, I was determined to try again. I decided to stamp over yesterday's mani, with Mentality Green Opaque and see if I had more success with a thicker polish.
I added some more ATC This One's For My Peeps to the mani, just a little dabble with some saran wrap so the base was pinker. I think this was quite successful, I do like the effects of saran wrap manis, but with hindsight I would have been better off stamping directly over the untouched mani.
The image picked up very well, but the contrast over the pinky blue marbled base wasn't great so the stamping couldn't really be seen clearly. The colors look great together but it did look a bit random - it made me think of Avatar. I think there must be some fantastical creature out there with this mottled green, pink and blue skin!!
The contrast would have been better over the darker base, so Messy Mansion 20 will have to stay out and be tried again. I think next time I won't try to be too clever, just a simple plain base and one of the Mentality Opaque polishes. I just have so many ideas I want to try but I would do well to remember "less is more" !!
Anyway, a quick pic of the saran wrap base and a few of the colourful end result :) 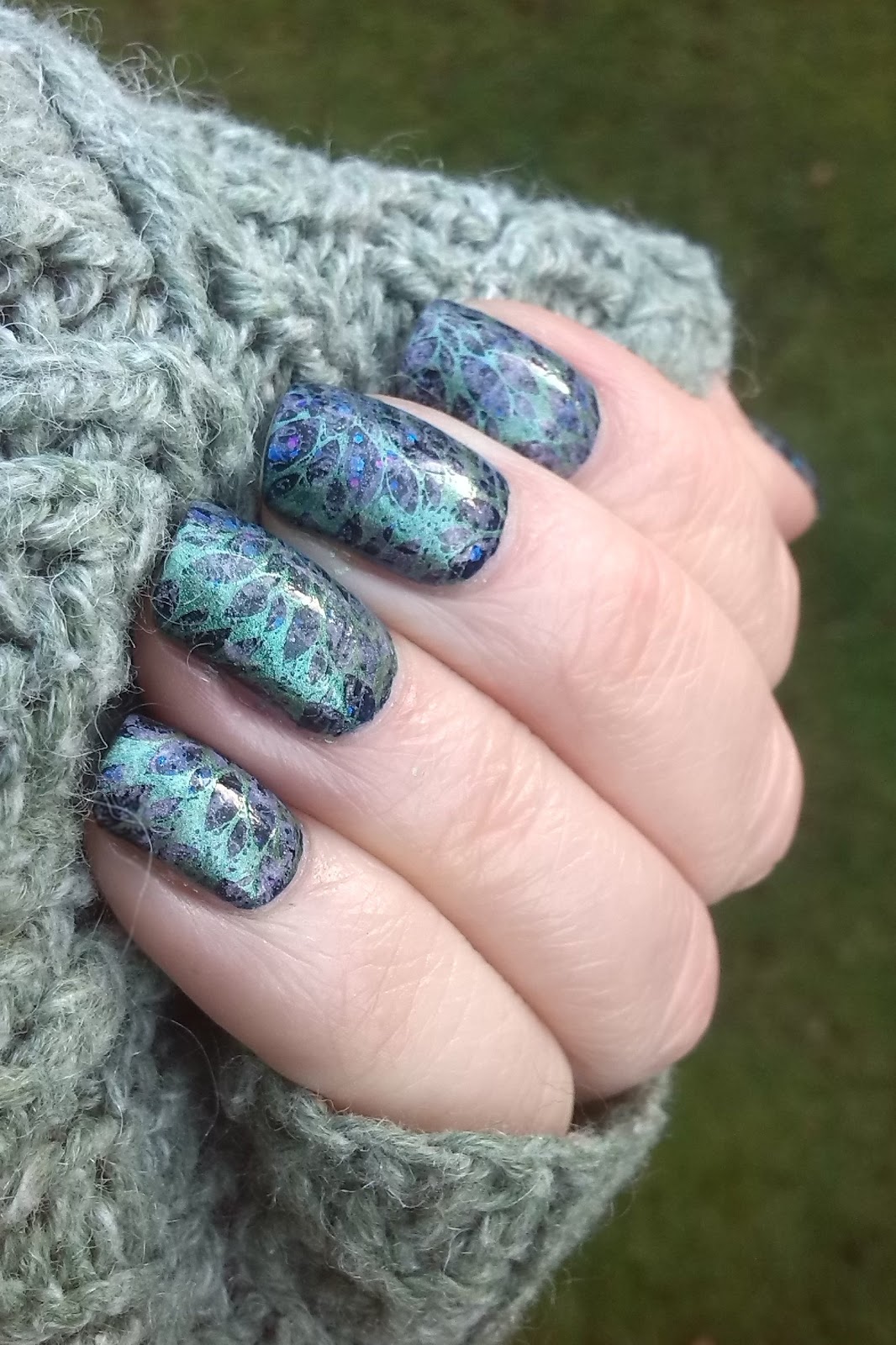 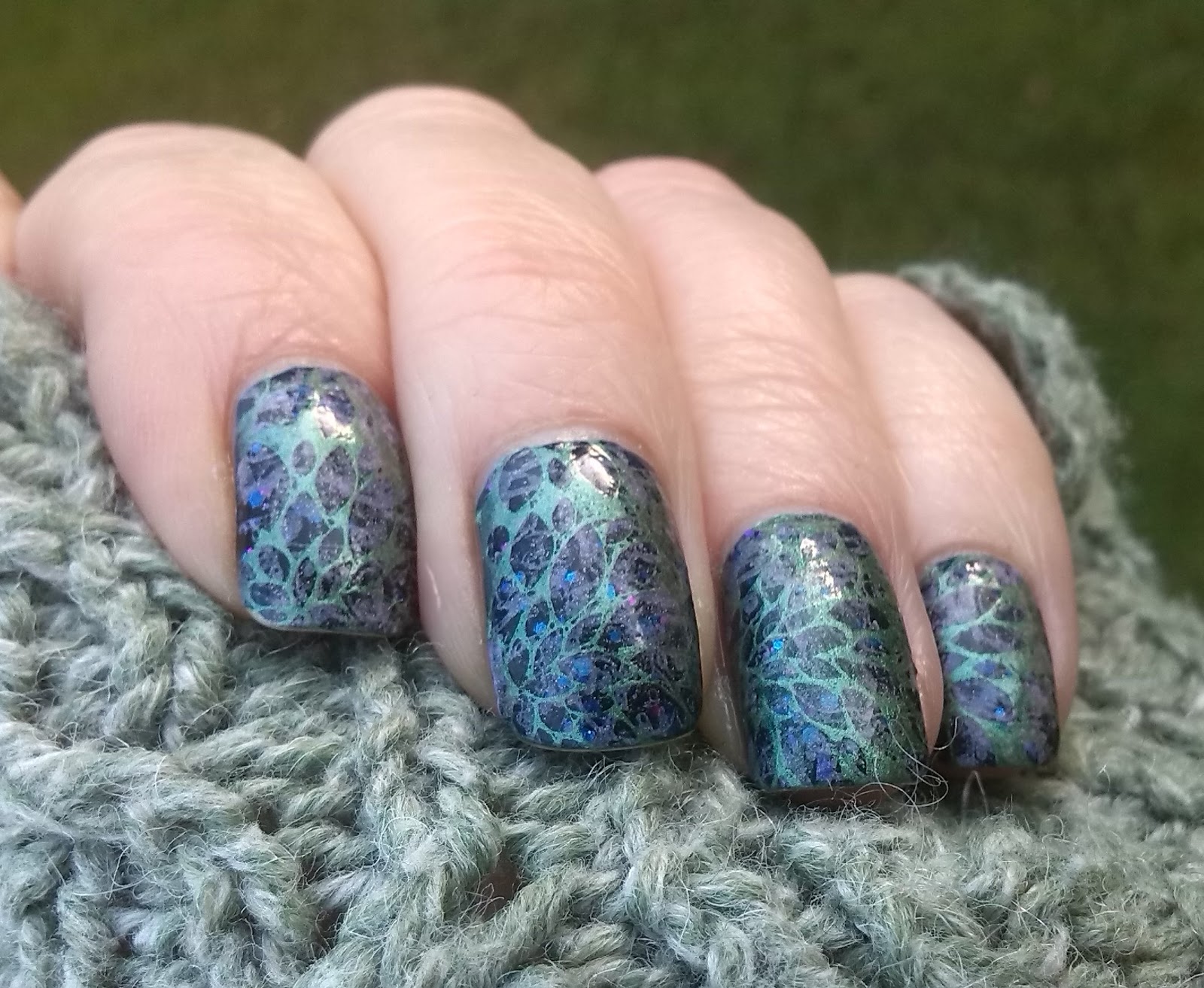 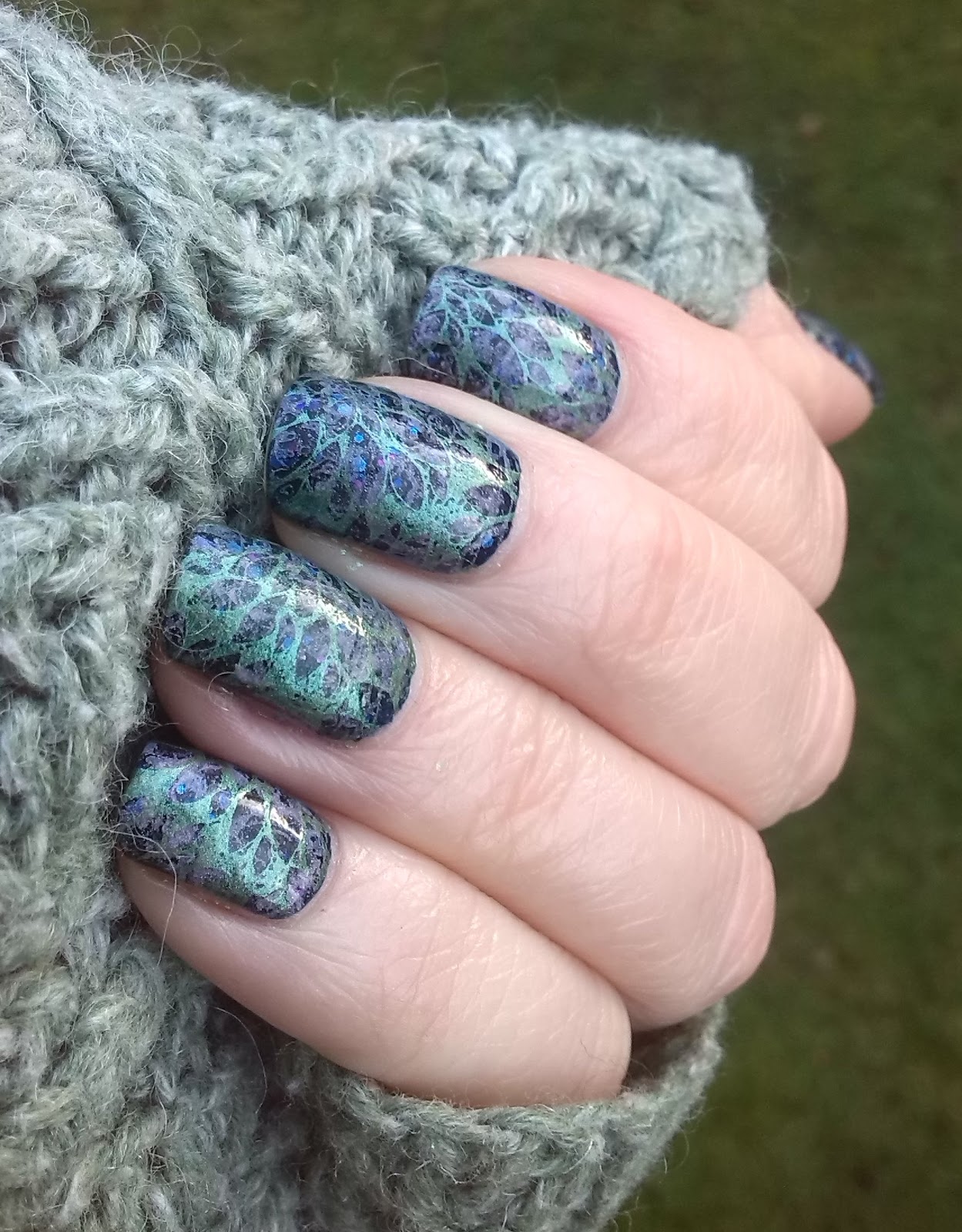 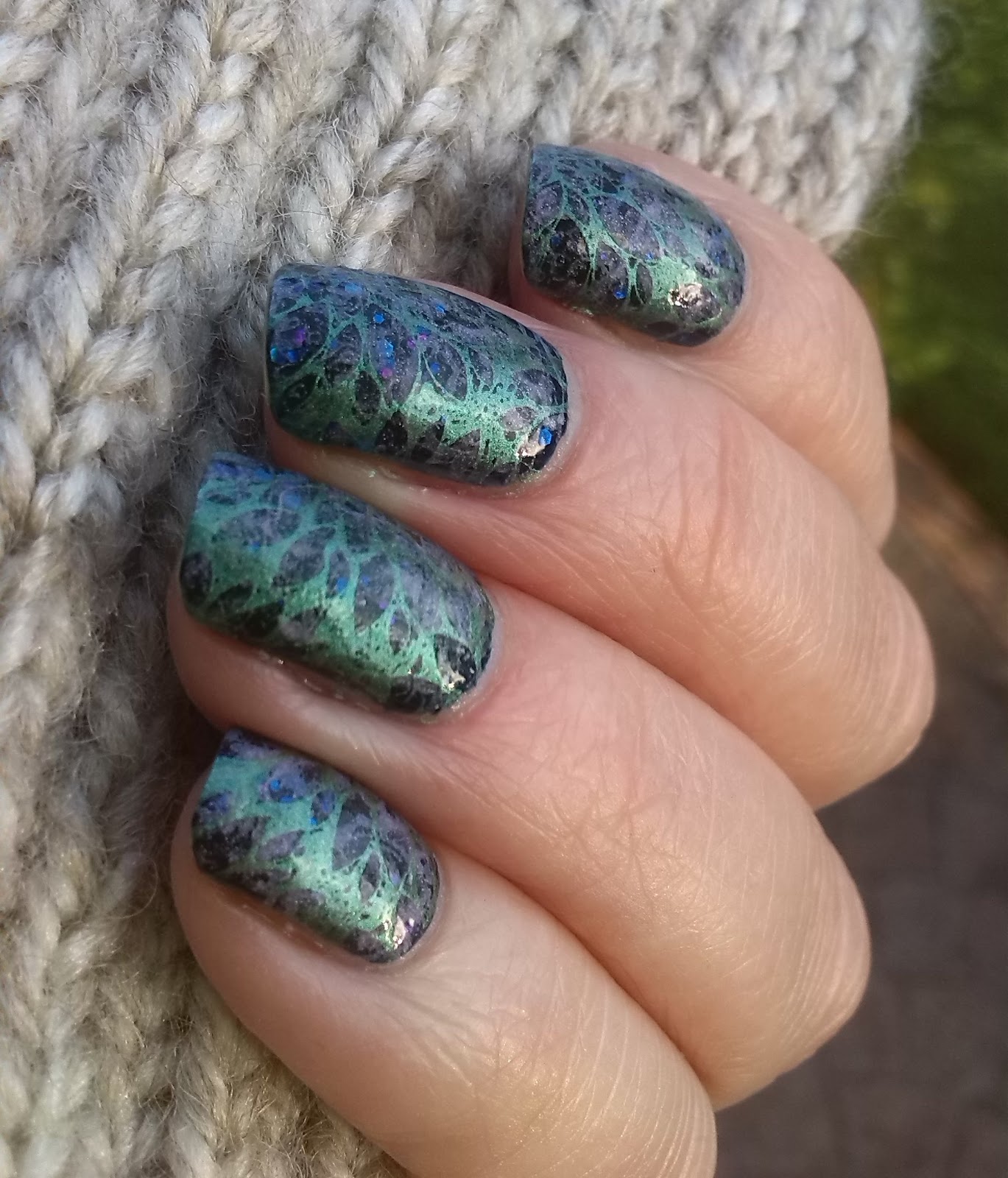 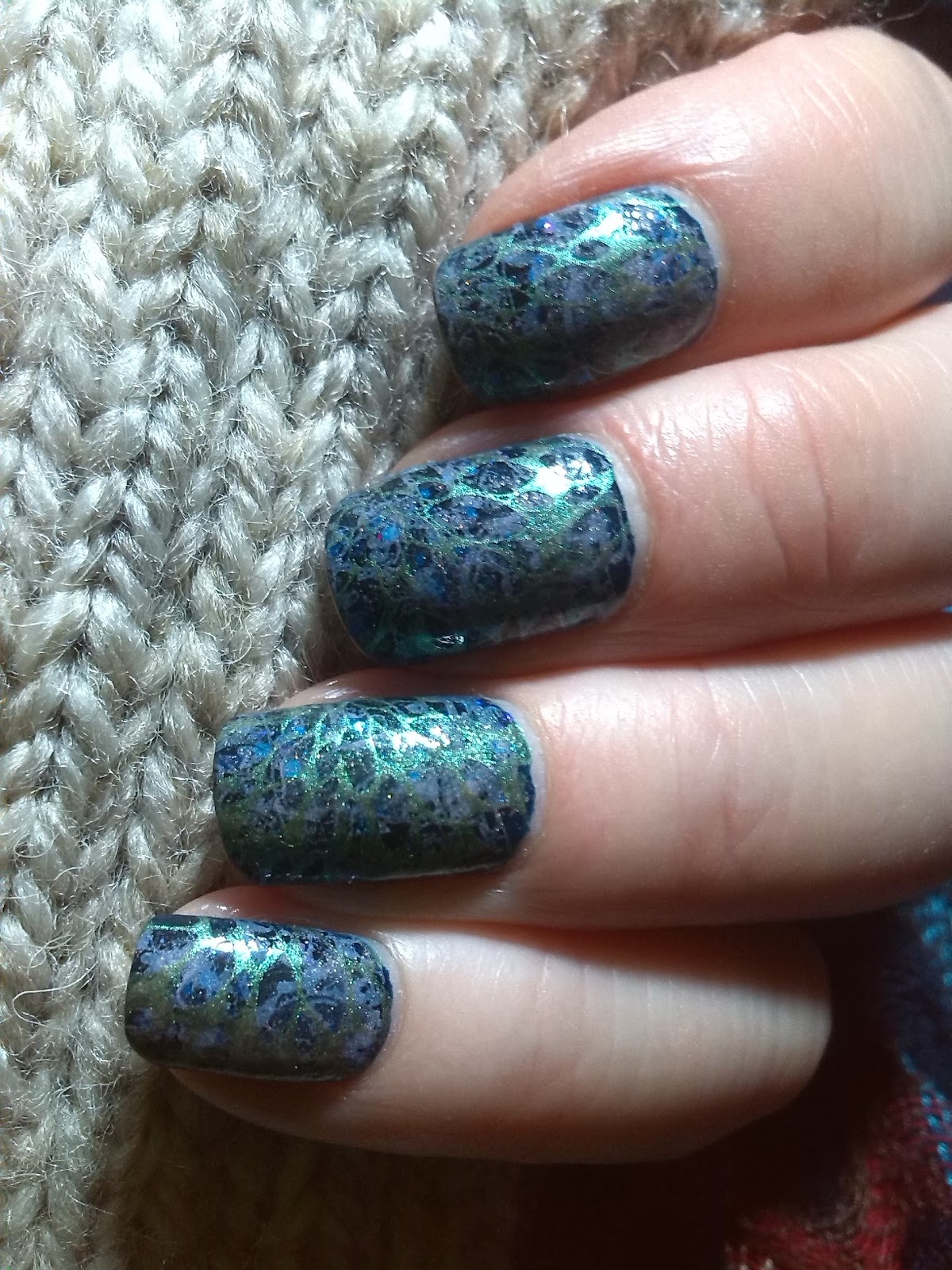 Email ThisBlogThis!Share to TwitterShare to FacebookShare to Pinterest
Labels: Above the Curve This One's for My Peeps, Mentality Green Opaque, Messy Mansion 20