Today I let my husband chose what I would wear on my nails, and he chose "one of those magnety polishes!"

He rarely shows any interest in nails but I happened to be watching a QVC Nails Inc show ages back and he came in just as they were doing a demo of one of the "new" magnetic polishes. He was genuinely fascinated and I will admit I was tempted but not at those prices.
Anyway, months later Avon brought out quite a sizeable range of magnetic polishes. At £3 a time, I bought 3, Fuschia Force, Spellbound Green and Blue Attraction. Fuschia Force is beautiful as it has tiny glitters in it too, but it was high time I tried one of the others so I went for the blue.
Blue Attraction is a denimy mid toned blue. As a plain polish it is pretty blue, a bit on the pale side for me but good quality, applied and dried well, with a nice finish. Often these metallic style polishes have a brush strokey finish,but to the naked eye the finish looked good to me. It does look a bit streaky in the picture but not the worst I've seen.
You bought the magnets separately for these polishes, and I have tried the wavy line so I went for the diagonal lines this time. As I mentioned when I reviewed the last one, my nails are really curvey so the magnetic effect was stronger down the centre, and didn't really have the full effect at the sides. I like the finished effect though and the end result is darker than the unmagnetised form, which is a definite plus for me. 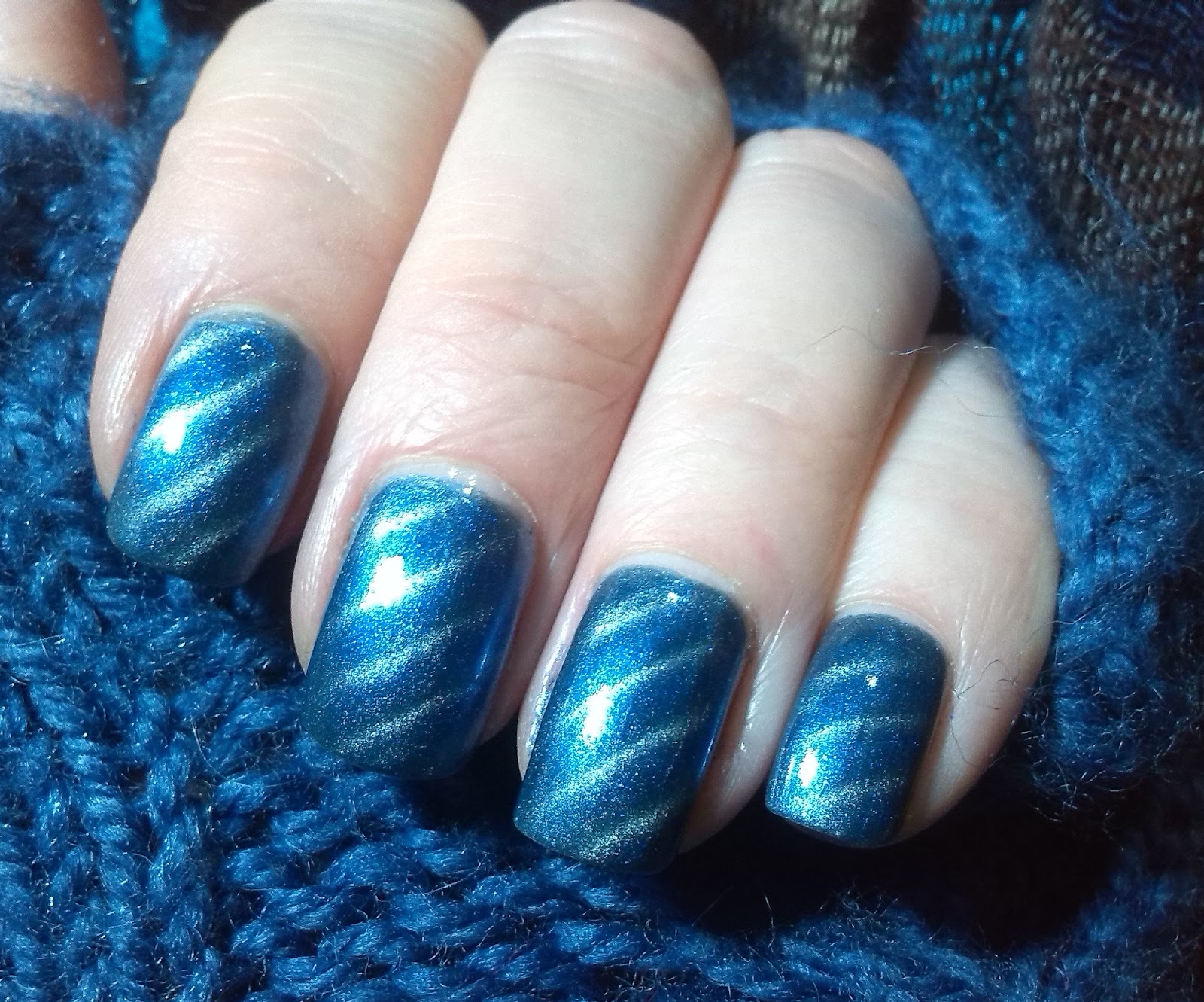 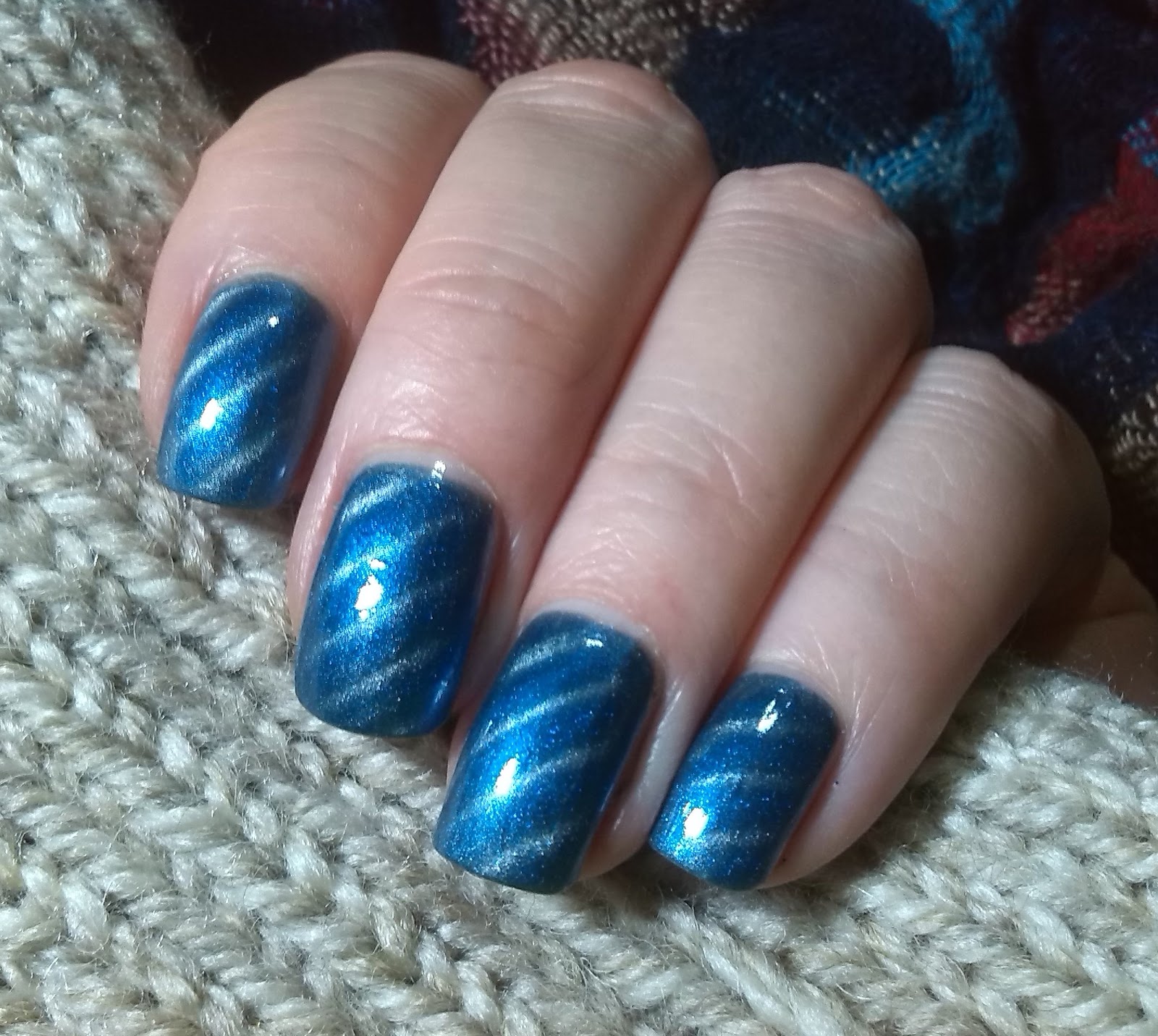