A2Z Series - K is for Kitschy

It is Thursday again and time for the next letter - this week it is K. We had a choice here - K is for Kitchen Sink (or skittle) or K is for Kitschy.
I am not entirely comfortable with a mani where each nail is different so I googled "kitsch" instead and looked at the images to see what I could do. A bizarre set of images came up but I found one that I thought I could work with - it seemed to fit with some of the definitions of kitsch that I found and I figured I could create some sort of stamping mani using a similar range of colours. I have included the picture at the end of the post.
So that's the story, now for the mani.
I chose Nails Inc Sugarloaf Sunset as my base, and then painted half of each nail diagonally in Nails Inc Atomic. One that was dry I was brave and painted french tips in Nails Inc Queen Victoria Street.
I then stamped using Pueen SE04B with Essence Stampy 001 (white) and then Essence Stampy 002 (black) using the same plate but a different part, that I had so far failed to use successfully. As a stamping novice there are so many variables to a successful stamping session and this plate does seem trickier then some of the others I have used. Anyway, it worked this time and I am rather pleased with the outcome. I love the crisp black and white stamping against the bright colours (apart from the one I smudged with the topcoat!)
My daughter said they look like holiday nails and now when I look at them I think Hawaiian shirts! I am not sure they exactly meet the brief, but there's a flavour of kitschyness to them, I hope. 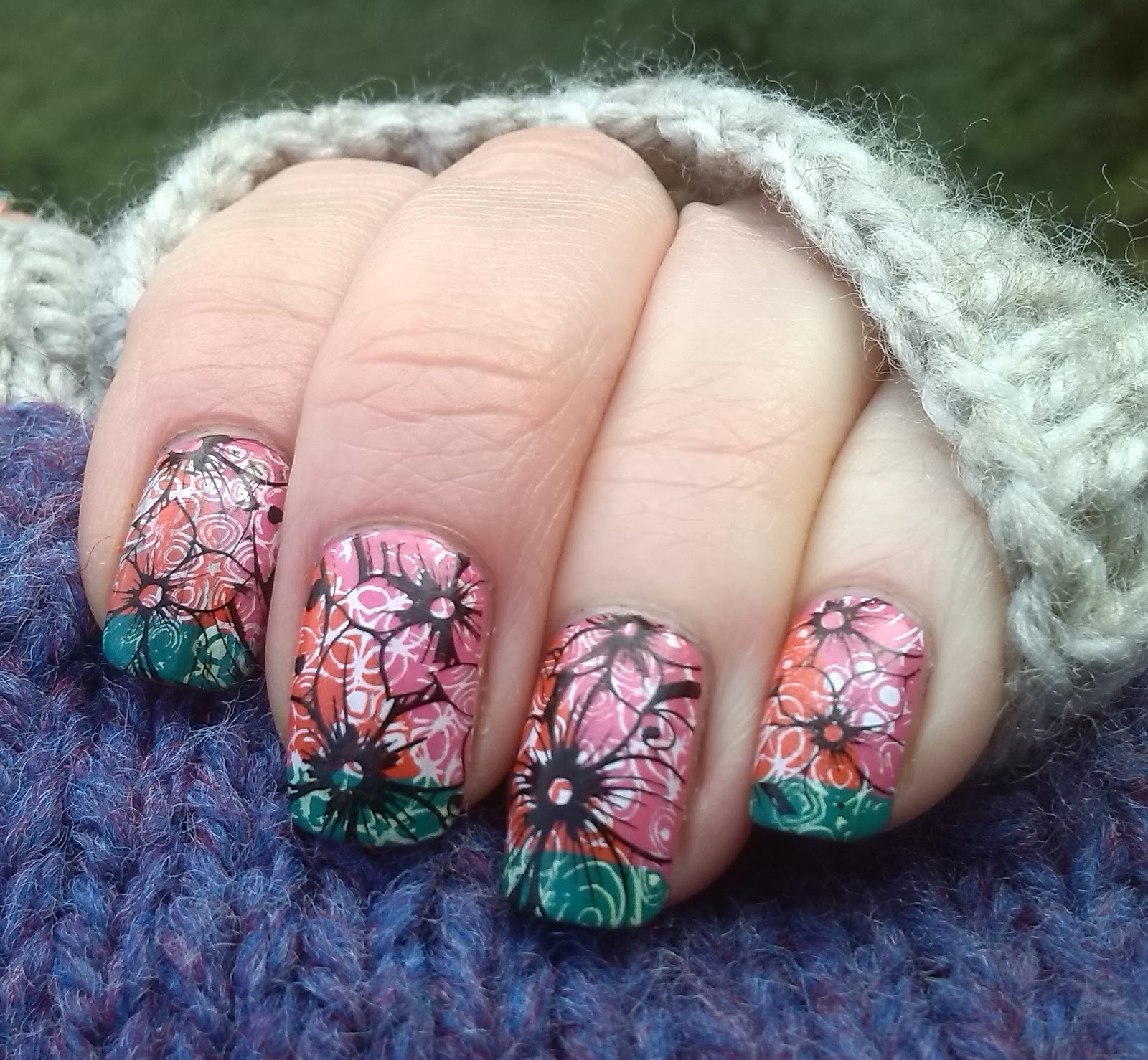 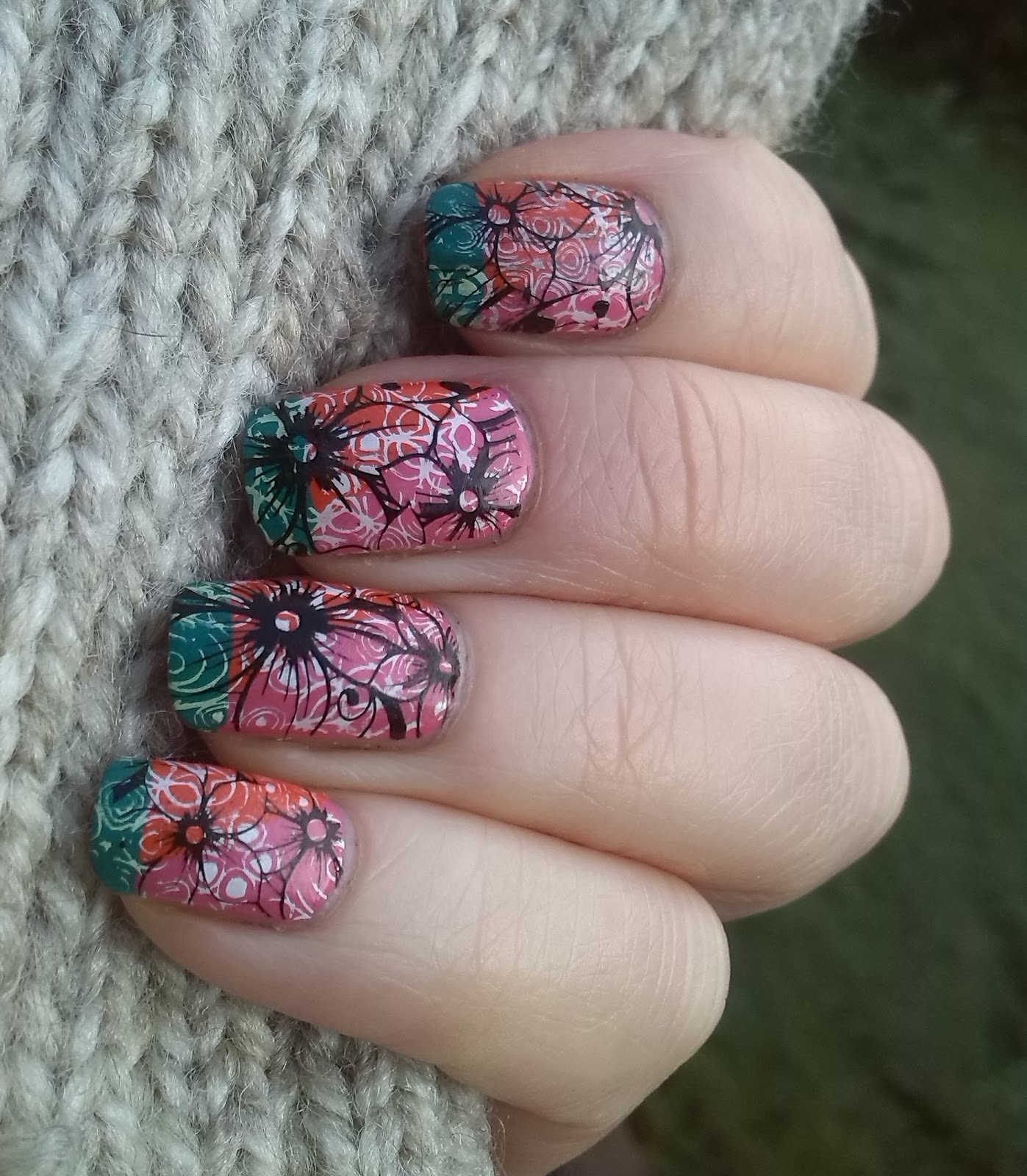 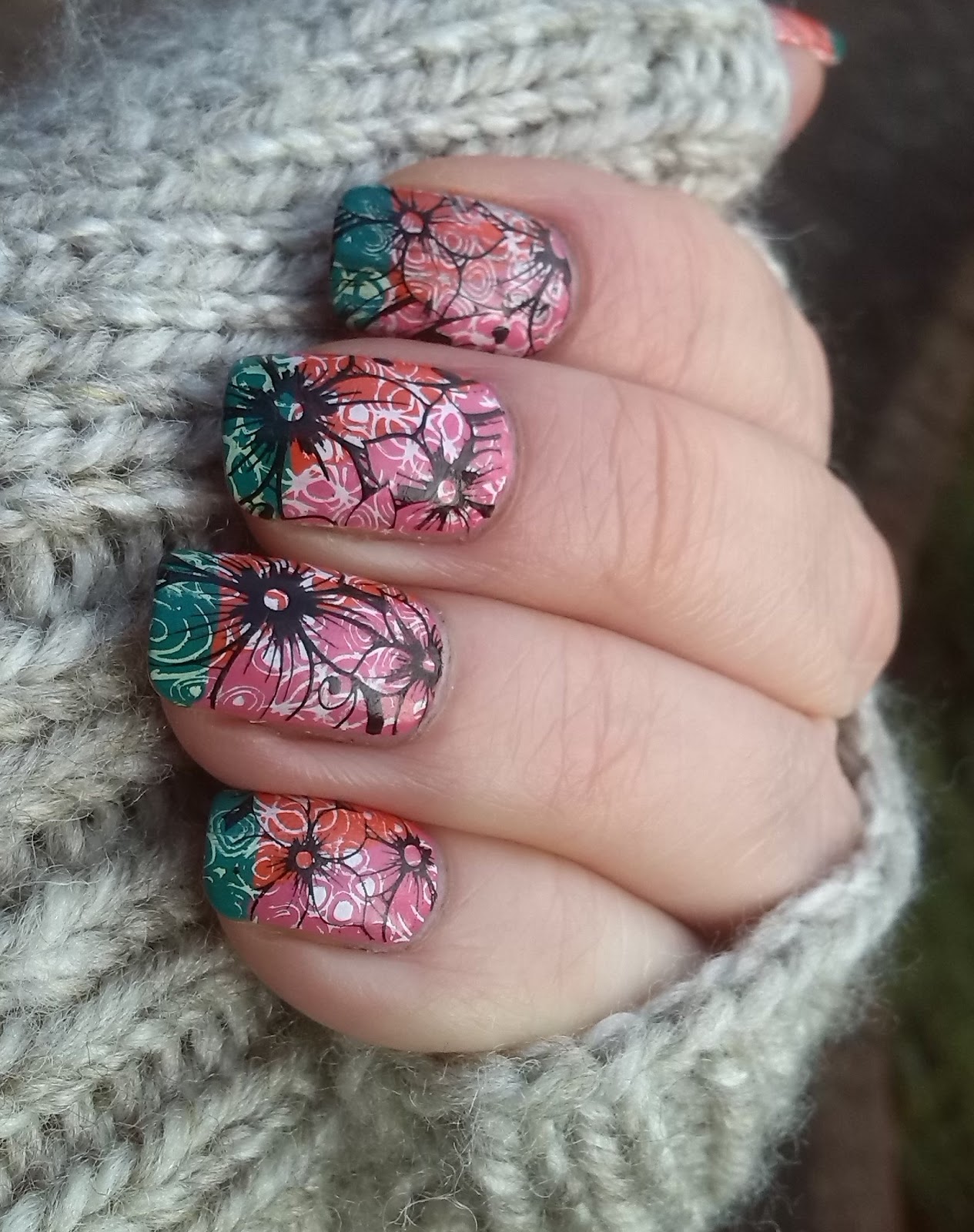 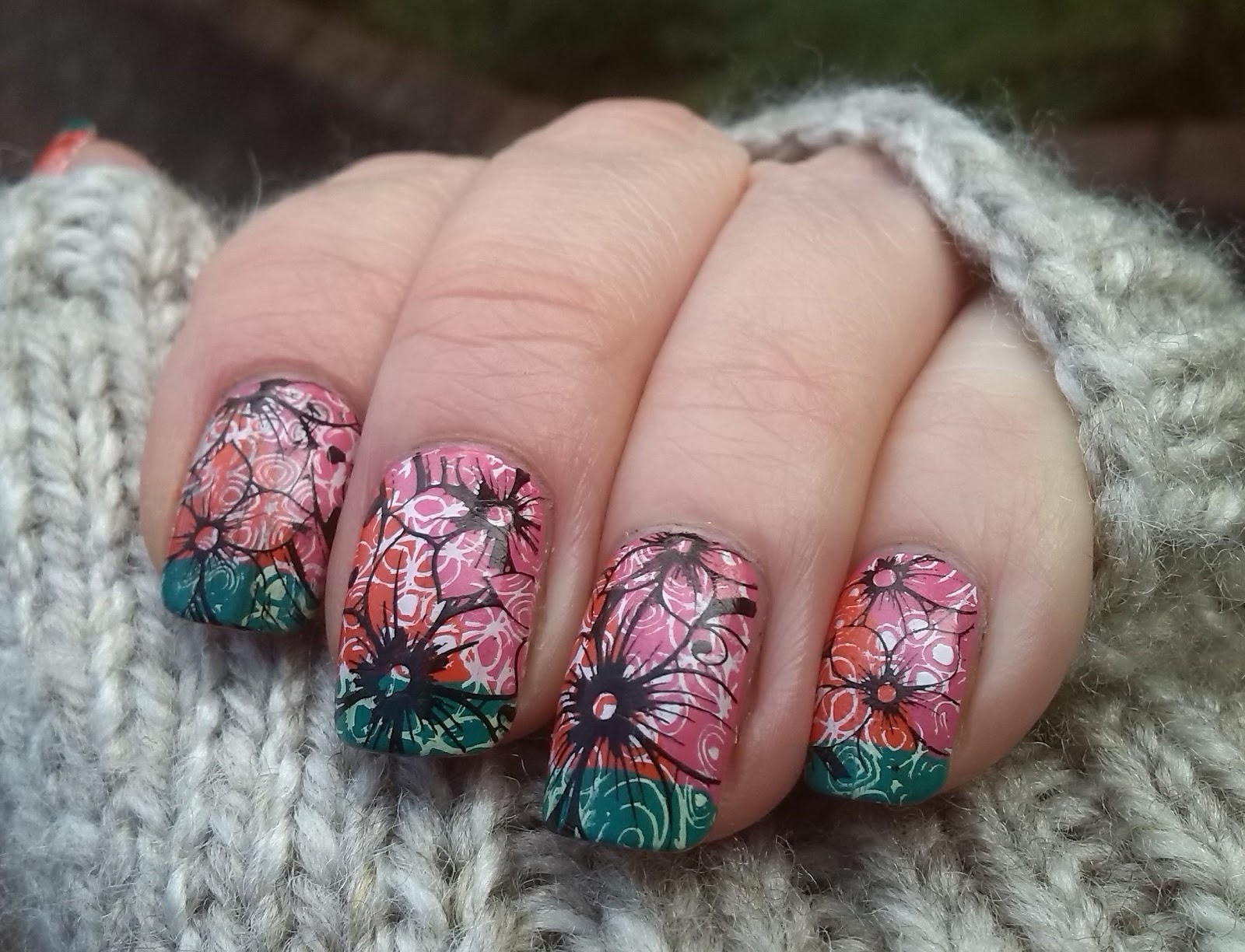 Look HERE to see what everyone else got up to.

An InLinkz Link-up
Posted by debbie jarman at 03:13